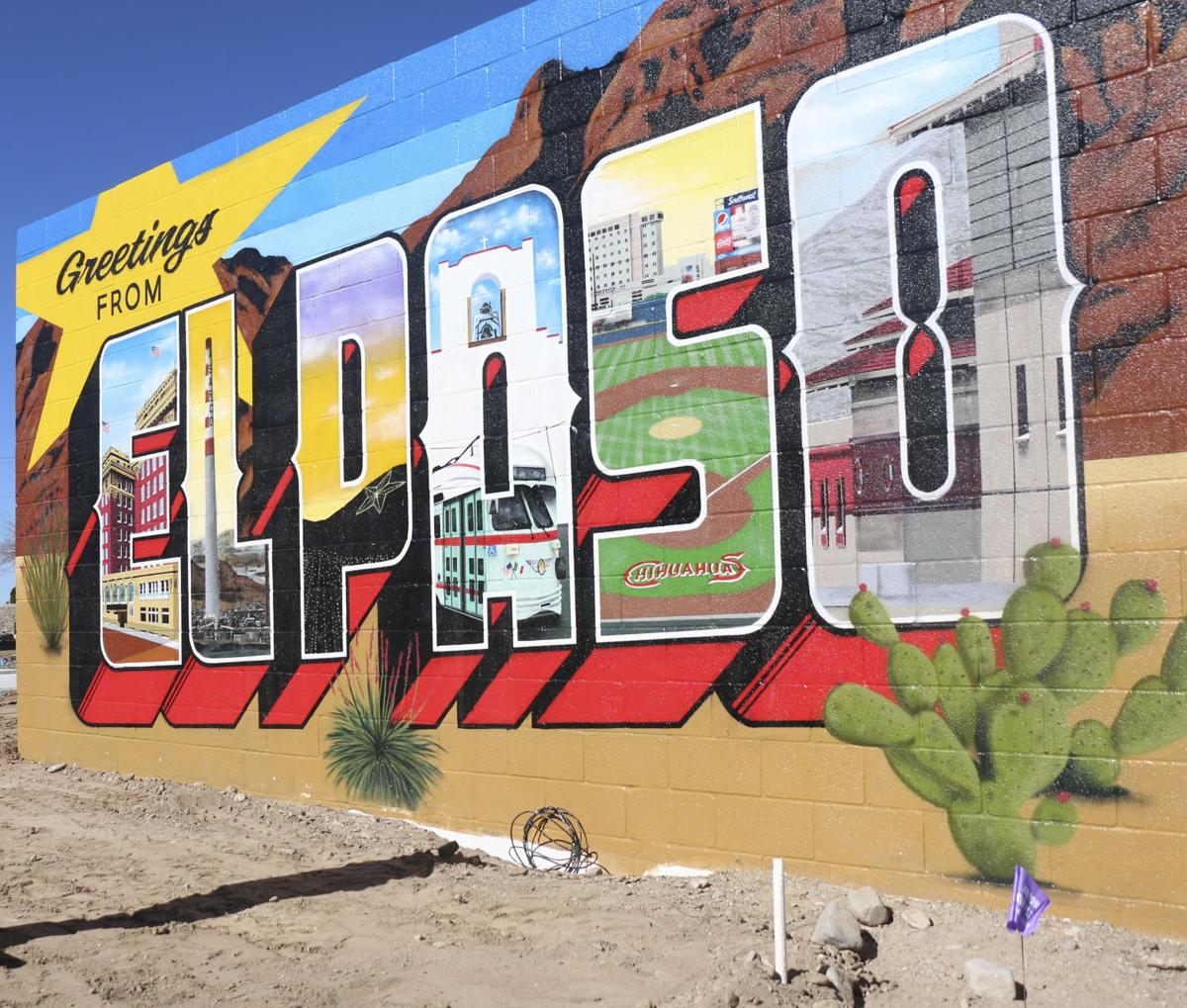 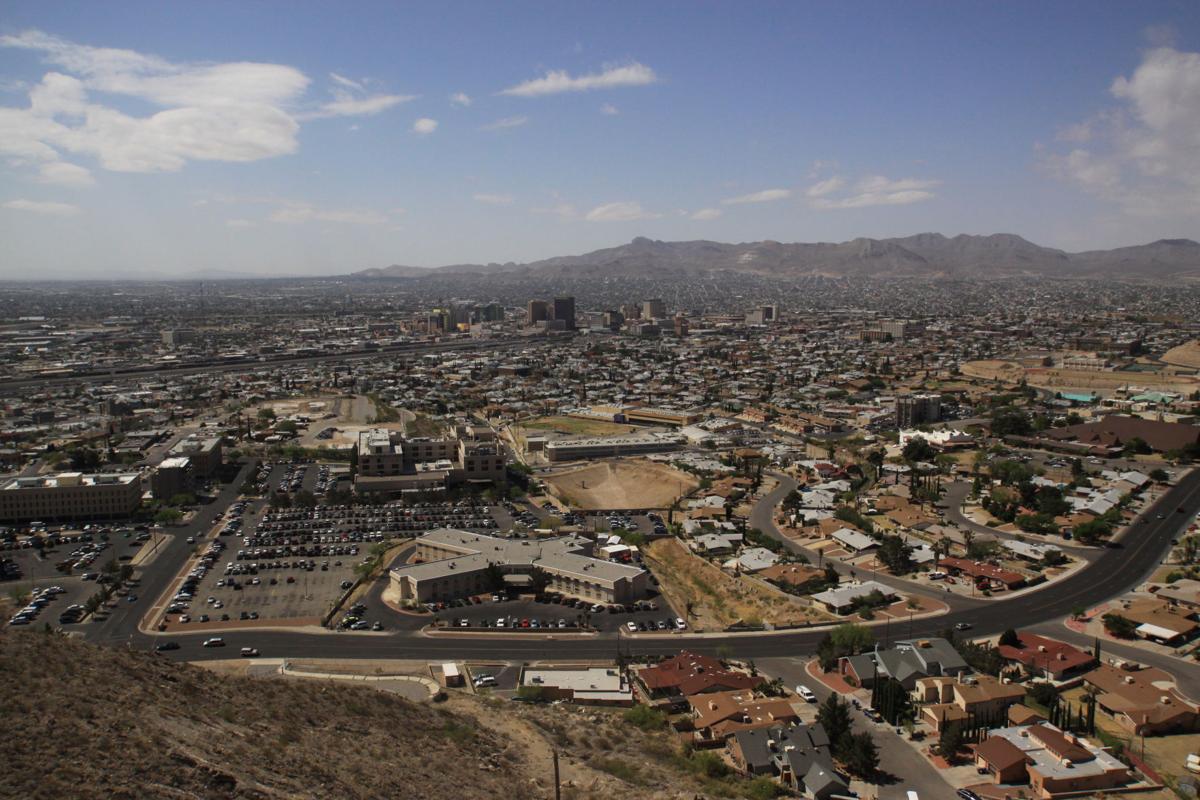 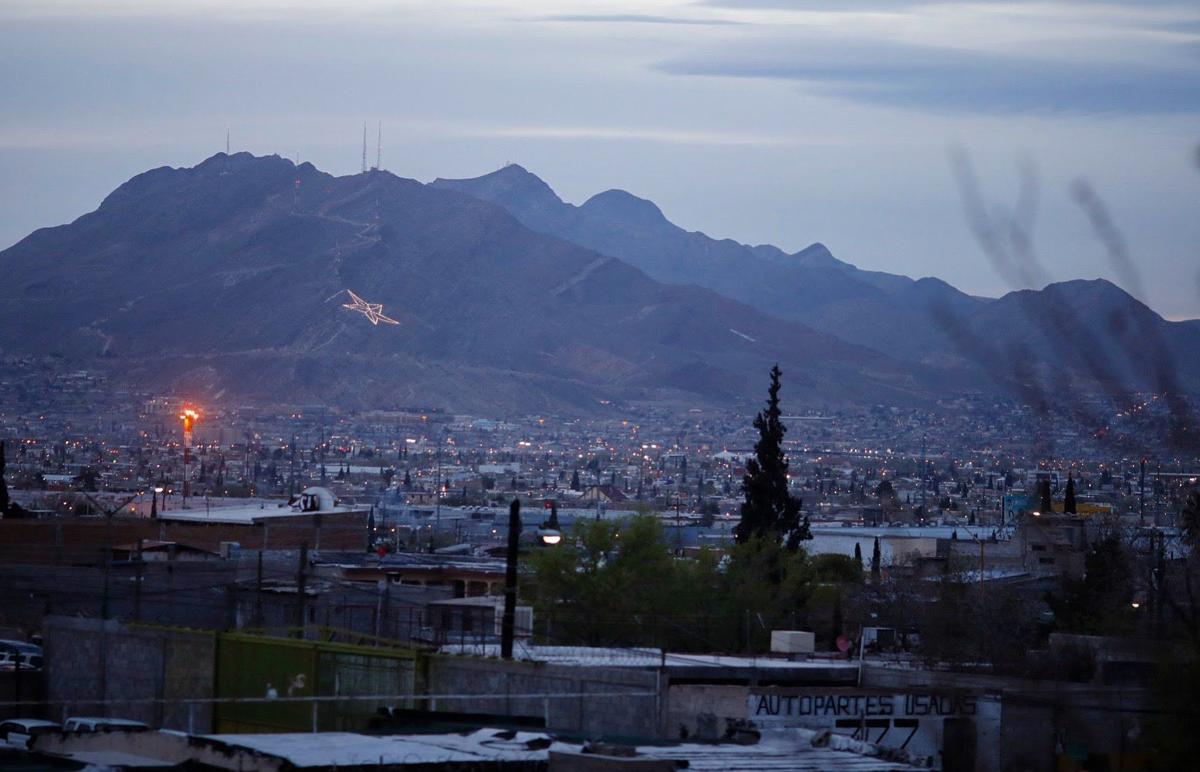 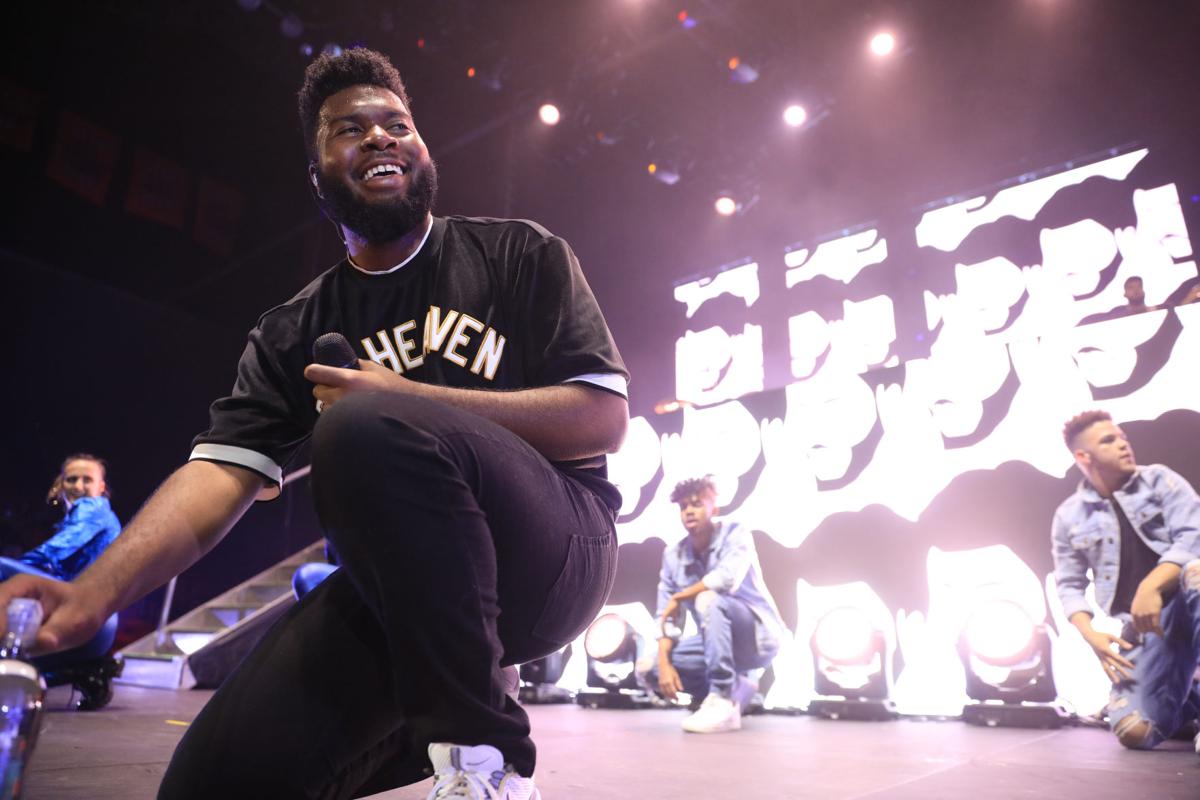 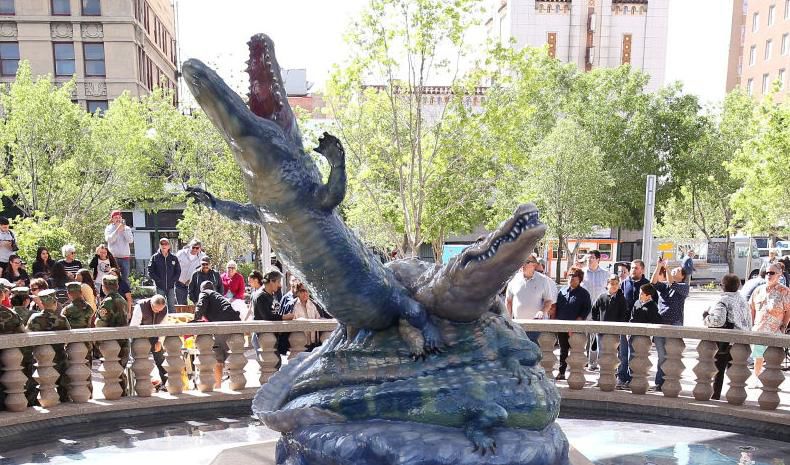 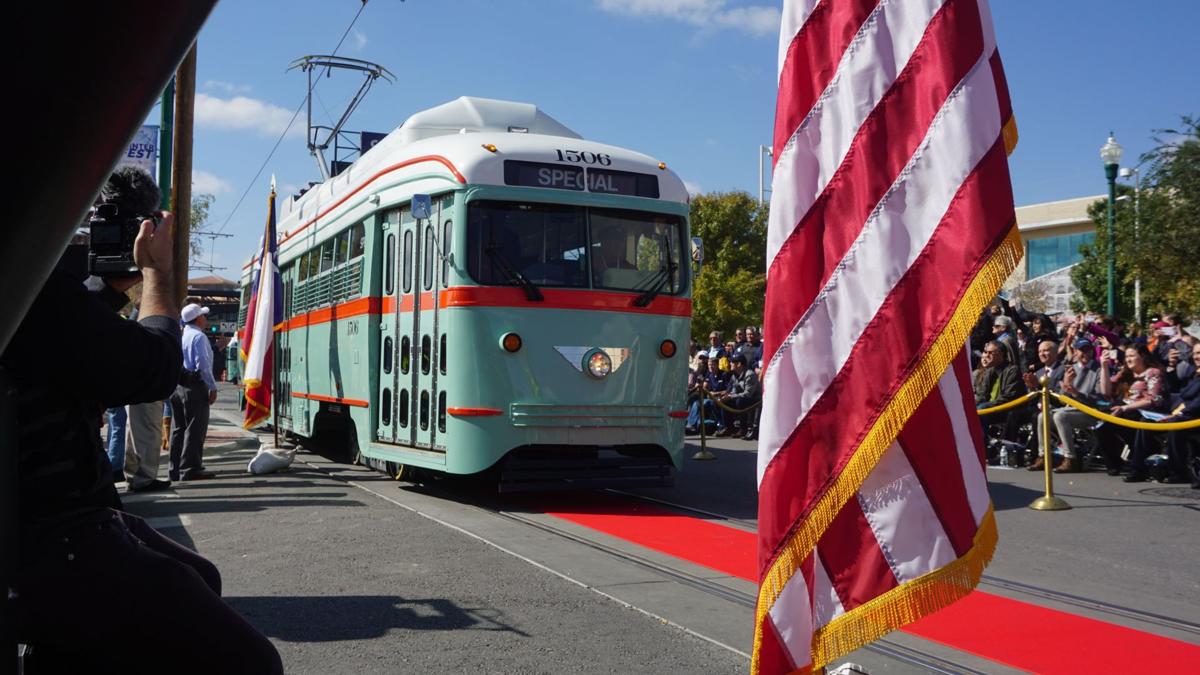 With an average 297 sunny days a year, it is no surprise El Paso is nicknamed the Sun City.

But the sunny disposition is visible in more than our skies; we’re regarded as one of the friendliest cities around.

Perhaps that’s because we share a border with Southern New Mexico and Ciudad Juárez across the Rio Grande in Mexico. And in the middle of our city is Fort Bliss, the largest installation in the U.S. Army Forces Command and the 1st Armored Division headquarters that are home to nearly 28,000 active-duty soldiers.

Our backgrounds may vary, but together we take pride in our multicultural and multilingual region that’s melded into one vibrant borderplex.

We boast some of the best Mexican food (and drinks!) in the nation, enjoy the great outdoors with numerous walking and biking trails, dance and sing with a growing number of entertainment venues, and cheer on our local sports teams with corazón and pasión.

Our history is rich and our future is, well, sunny and bright.

Here are 15 things to know about El Paso and the borderland:

2. The El Paso, Las Cruces, N.M., and Juárez, Mexico, region is one of the world’s largest binational metropolitan areas, with more than 2.3 million residents combined.

3. El Paso is the westernmost city in Texas; we sit amid the Chihuahuan desert; and the Franklin Mountains run through the middle of our city.

4. We’re always guided home by our Star on the Mountain – a string of about 500 light bulbs that stretches 275 feet wide and 460 feet tall on the south side of the Franklins.

5. The first “real” Thanksgiving, some historians argue, took place in 1598 in the town of San Elizario in far east El Paso County – long before the Mayflower landing in the U.S. in 1620.

6. Singer-songwriter Marty Robbins immortalized the city in his 1959 hit “El Paso” – the first in a trilogy of songs about the border city – crooning “out in the West Texas town of El Paso, I fell in love with a Mexican girl.”

7. El Paso’s own Grammy-nominated artist Khalid, who recently won an American Music Award for Favorite Soul/R&B Male Artist, also sings about the city in his latest ballad, “Sun City.” In his bilingual hit, Khalid sings soulfully in Spanish: “take me to the city of the sun where I left my heart.” He’s known to give public shout-outs to his city from across world stages.

10. The tequila-based margarita is said to have been invented in the famous Kentucky Club in Juárez; while others believe it was first created in Tommy’s Place Bar in that city. Either way, we in the borderland take credit for the delightful drink.

11. And what better to accompany a margarita than a plate of tacos? It may be the borderland’s favorite dish, but we often prefer them rolled (although we’d argue that technically makes them flautas). Our tacos ahogados, or drowned tacos, were popularized with the iconic Chicos Tacos that serves them in a tomato-based broth and tops them with yellow shredded cheese.

12. Rich in sports traditions, El Paso is home to the El Paso Chihuahuas, the Triple-A affiliate of the San Diego Padres. Starting in March 2019, we’ll also be home to the United Soccer League team the El Paso Locomotive FC.

13. The University of Texas at El Paso, which enrolls more than 25,000 students, was founded as the Texas School of Mines in 1914. The 1966 Texas Western College (UTEP) national championship team was the first collegiate team to start five African-American players in a NCAA title game, beating Kentucky 72-65.

14. An alligator once roamed the university. Legend has it that in the 1950s, a group of students borrowed a live alligator from the city’s Downtown plaza, known as Plaza de Los Lagartos, and put it in a professor’s office as a prank. Today, the only alligators in the plaza (now called San Jacinto Plaza) are immortalized in a fiberglass sculpture by famed artist Luis Jiménez.

15. Rich in architectural and cultural history, Downtown El Paso is experiencing a rebirth with the renovation of San Jacinto Plaza, several historic buildings, the addition of the Triple A ballpark, new restaurants, bars and hotels, and a bustling arts and entertainment scene. Add to that the return of the electric streetcars, and you can feel our energy is in high gear.