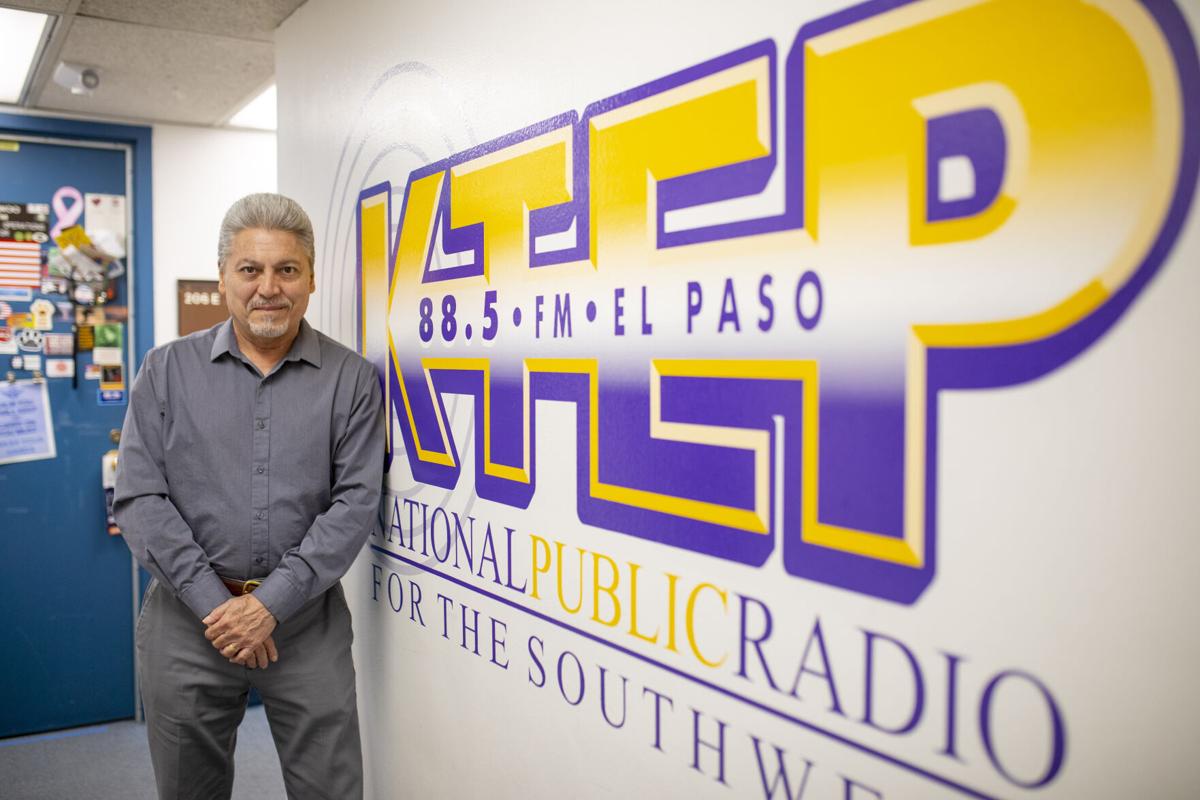 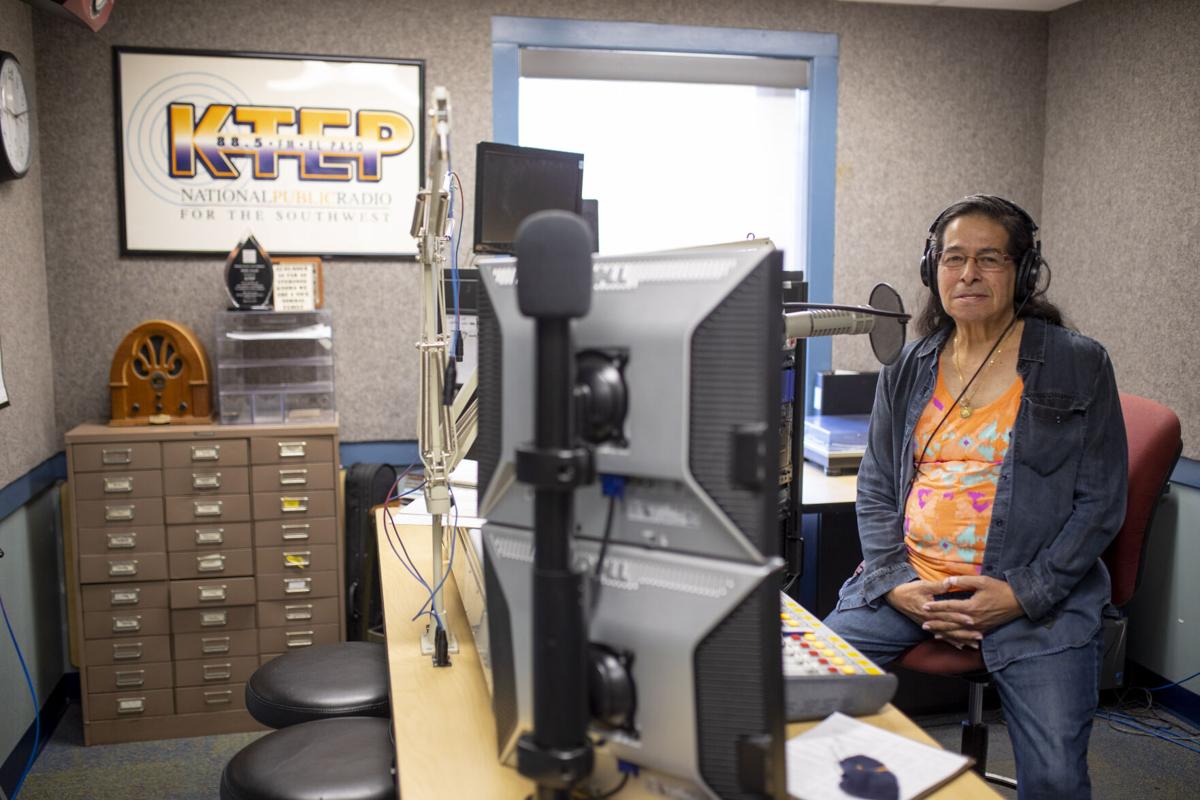 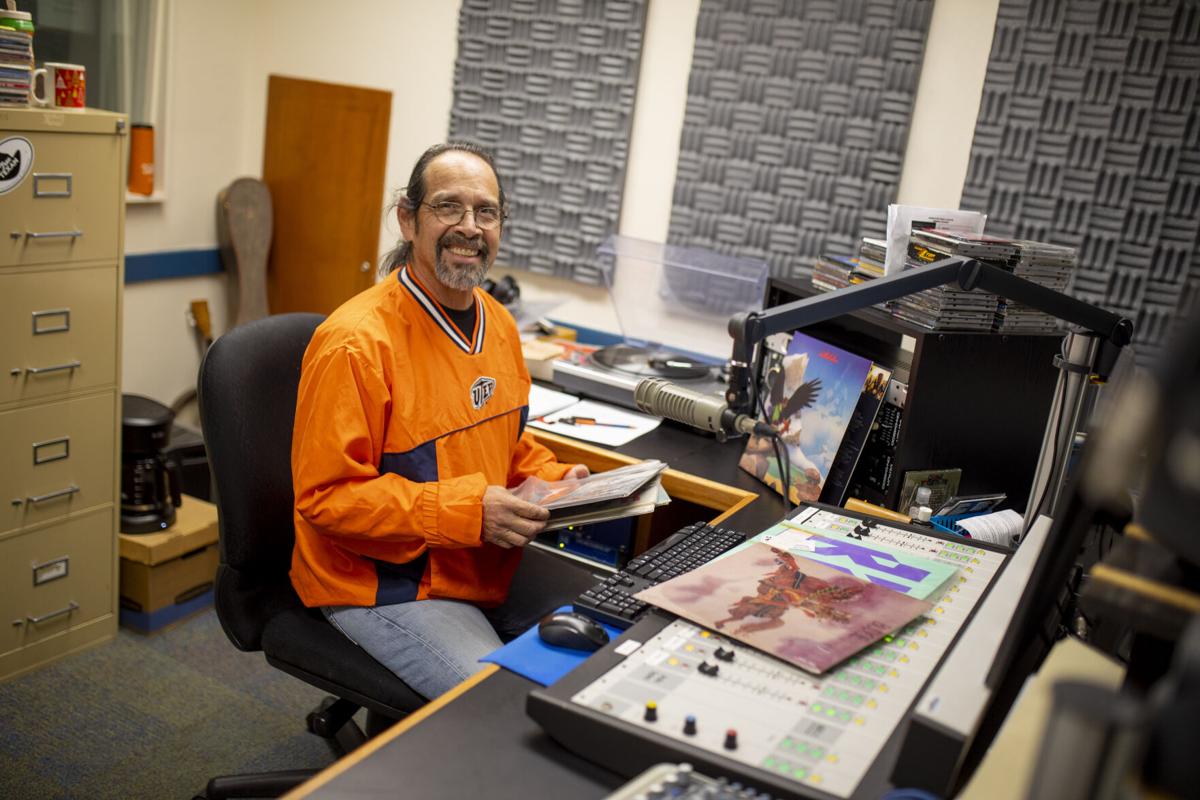 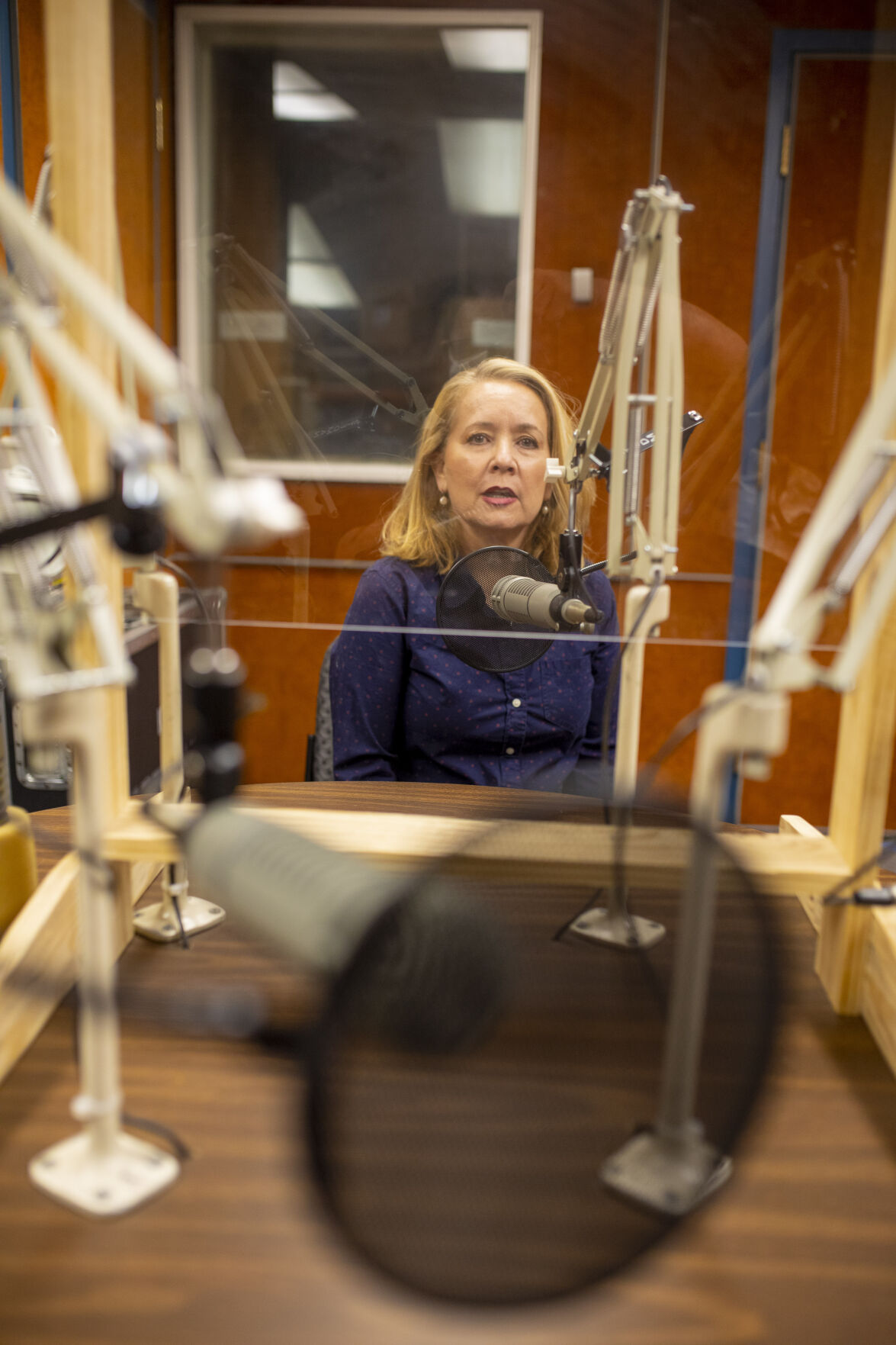 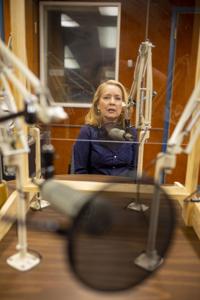 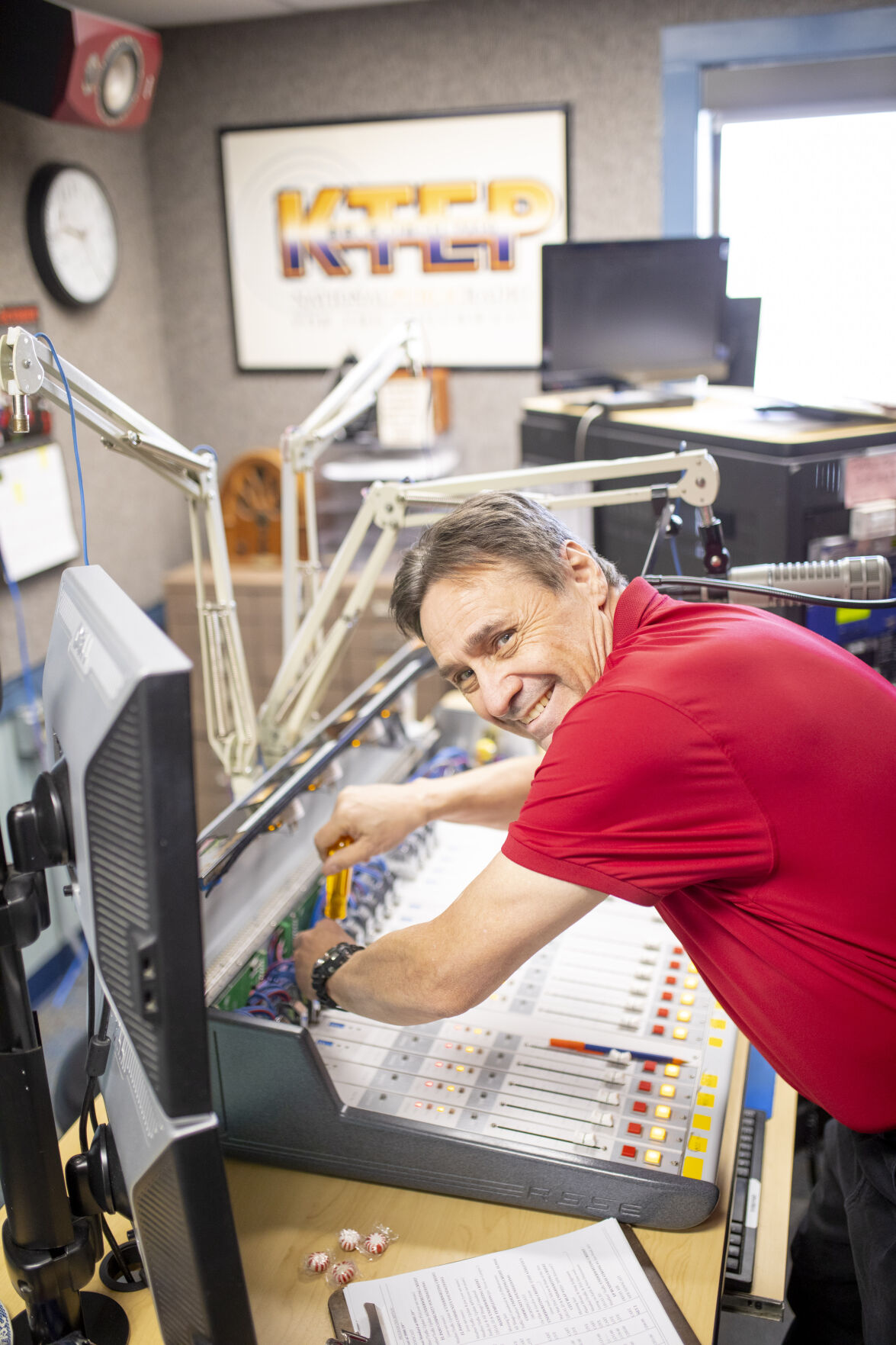 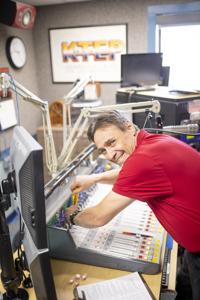 Norbert Miles serves as chief engineer in charge of all things technical. 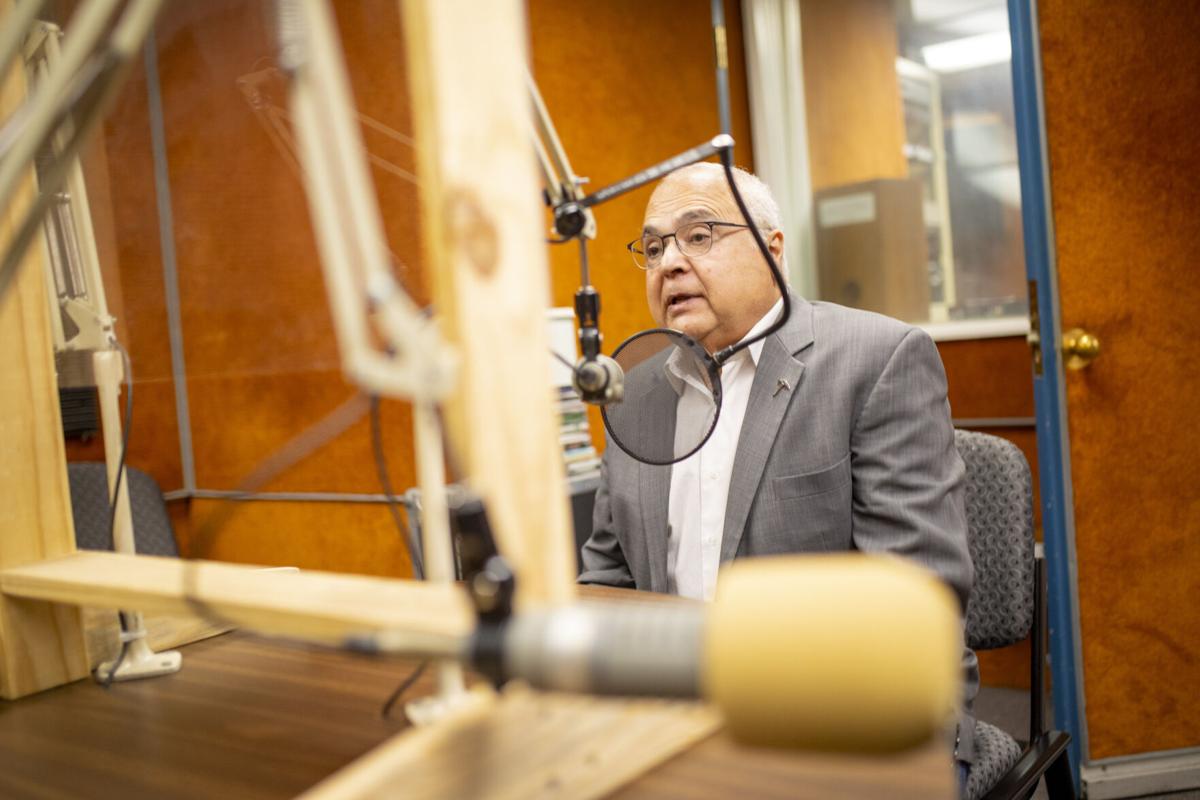 Public affairs director Louie Saenz  has been with the station 30 years. 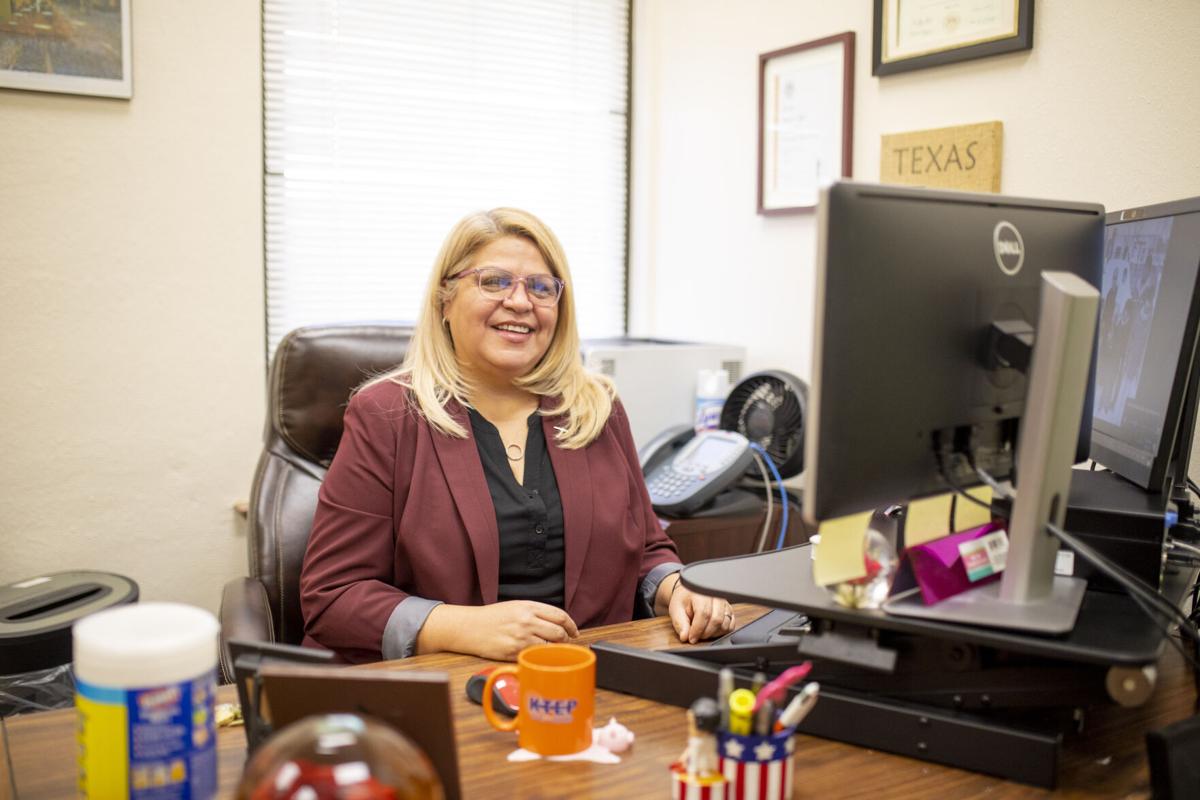 Maria Rubio, who serves as business manager, has been with the station 28 years.

Norbert Miles serves as chief engineer in charge of all things technical.

Public affairs director Louie Saenz  has been with the station 30 years.

Maria Rubio, who serves as business manager, has been with the station 28 years.

The Golden Age of radio was coming to a close when KTEP 88.5 FM emerged in the borderland in 1950.

That was 20 years before National Public Radio was incorporated, and around the time television became the most popular medium for scripted shows.

Still going strong today, KTEP is celebrating 70 years of serving the region, maintaining a strong presence among the countless radio station options in the region and now through streaming services.

Pat Piotrowski, the station’s general manager for almost 30 years, helped establish KTEP as the “NPR station for the Southwest.”

A UTEP student, Piotrowski volunteered at the station before being hired and working his way up to general manager – a position he held for almost three decades until his retirement in January.

Others with long tenures at the station are Louie Saenz, the public affairs director who boasts 30 years with the station; Maria Rubio, business manager, 28 years; and Dee Woo, operations director, who has spent a combined 25 years at KTEP.

Like many radio stations that began in colleges and universities in the 1930s and 40s, KTEP was originally WTCM radio in 1946, when UTEP was named Texas College of Mines.

It began broadcasting as a closed-circuit station from Kelly Hall, at the time the tallest building on campus.

A year later, the call letters were changed because a station in Michigan had them first. WTCM became WVOF – “Voice of Freedom” radio.  Shortly after the college became UTEP in 1949, the station became KTEP – the first FM station in El Paso and among the first in Texas. It’s now housed at the Cotton Memorial Building in the Department of Communications.

It operated on 10 watts then, and today operates under 100,000 watts of frequency with its tower atop the Franklin Mountains, providing a reach of about 100 miles.

Since its inception, KTEP has been a training facility for broadcasting.

Part of the training includes opportunities for UTEP students to work part-time through the university’s work-study program, and through internships for communications and broadcasting majors.

“You can’t learn about broadcasting from a book,” Carillo said, so these opportunities provide valuable hands-on experience.

Former ABC News anchor Sam Donaldson, a 1955 graduate of Texas Western College, served as station manager in 1954 when he was a student.

Today, Emmy-winning journalist Angela Kocherga serves as its news director, having joined the team in February. A border native, Kocherga previously served as the Mexico bureau chief for The Dallas Morning News.

As a public radio station, KTEP does not run commercial advertisements the way the privately owned stations do, so the funding comes entirely from underwriters and donations from the public.

“It is still a business and we have to generate funds. We do that with underwriting,” Carrillo said.

Carrillo served as development director from 2014 until earlier this year when he was named interim general manager. He recognizes that this is one of the challenges that the station faces, but says its service to the community goes beyond what other stations offer.

“We provide the public with the best news source – an unbiased news source, as an NPR affiliate,” Carrillo said.

Carrillo said generating funds for the station has been a growing challenge as its core audience ages.

“Now we must look for ways to attract a younger audience.”

For the most part, the current listener had no internet, MP3 players, or streaming music outlets when they first started listening. As such, KTEP was a very popular choice for news and music, Carrillo said.

In addition to attracting listeners among the younger generation, there also is a need to educate them on the importance of being donors within their community, he added.

KTEP offers a full slate of diverse programming: It is the only area station to offer jazz and classical music daily and four hours of gospel  on Sundays.

With all the controversial politics and the COVID-19 pandemic, everyone is getting tired of all the negativity, Carrillo said.

“KTEP is providing a respite from all of that through the jazz and classical music,” Carrillo said.

Local programming includes Focus on Campus, with the latest and greatest news from UTEP; El Paso Prime Time, which focuses on senior living in the borderland; On Film with Charles Horak on contemporary and classic films, filmmaking and reviews; and other shows featuring the El Paso Symphony Orchestra and El Paso Pro-Musica.