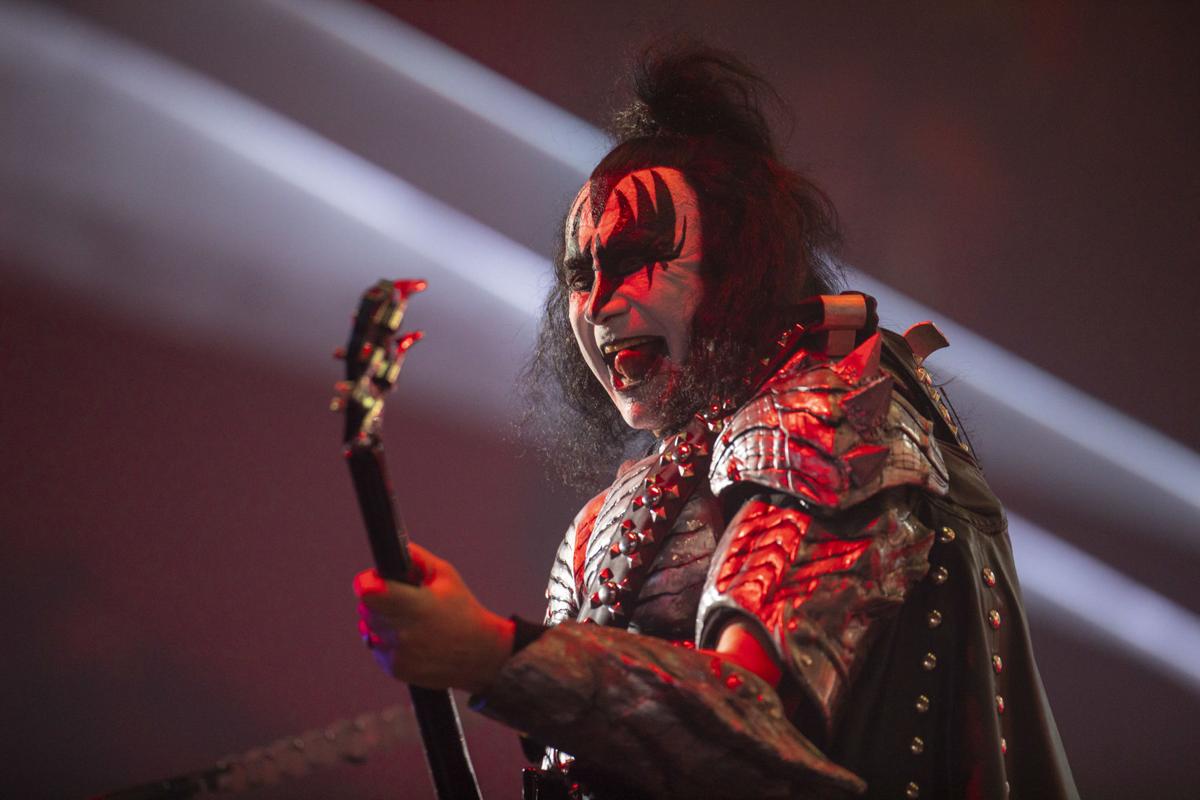 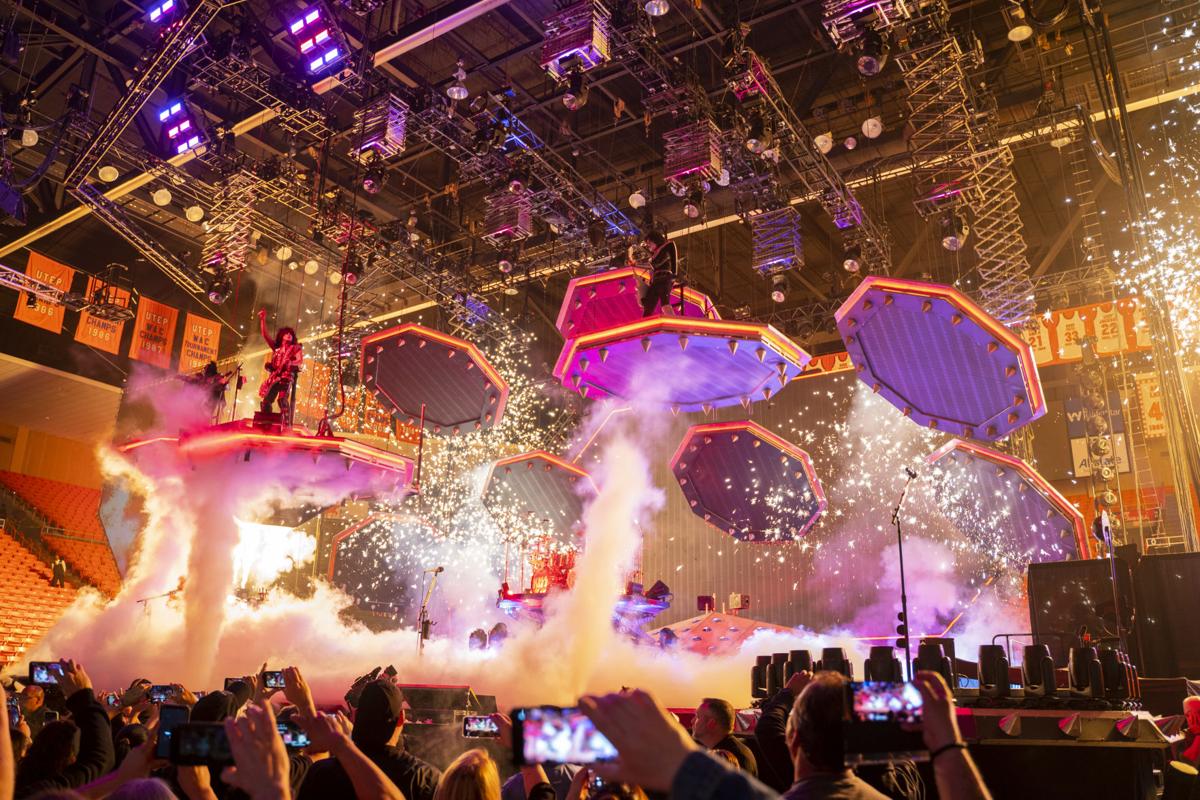 Kiss made a grand entrance into the Don Haskins stage on March 9. See more photos at elpasoinc.com. 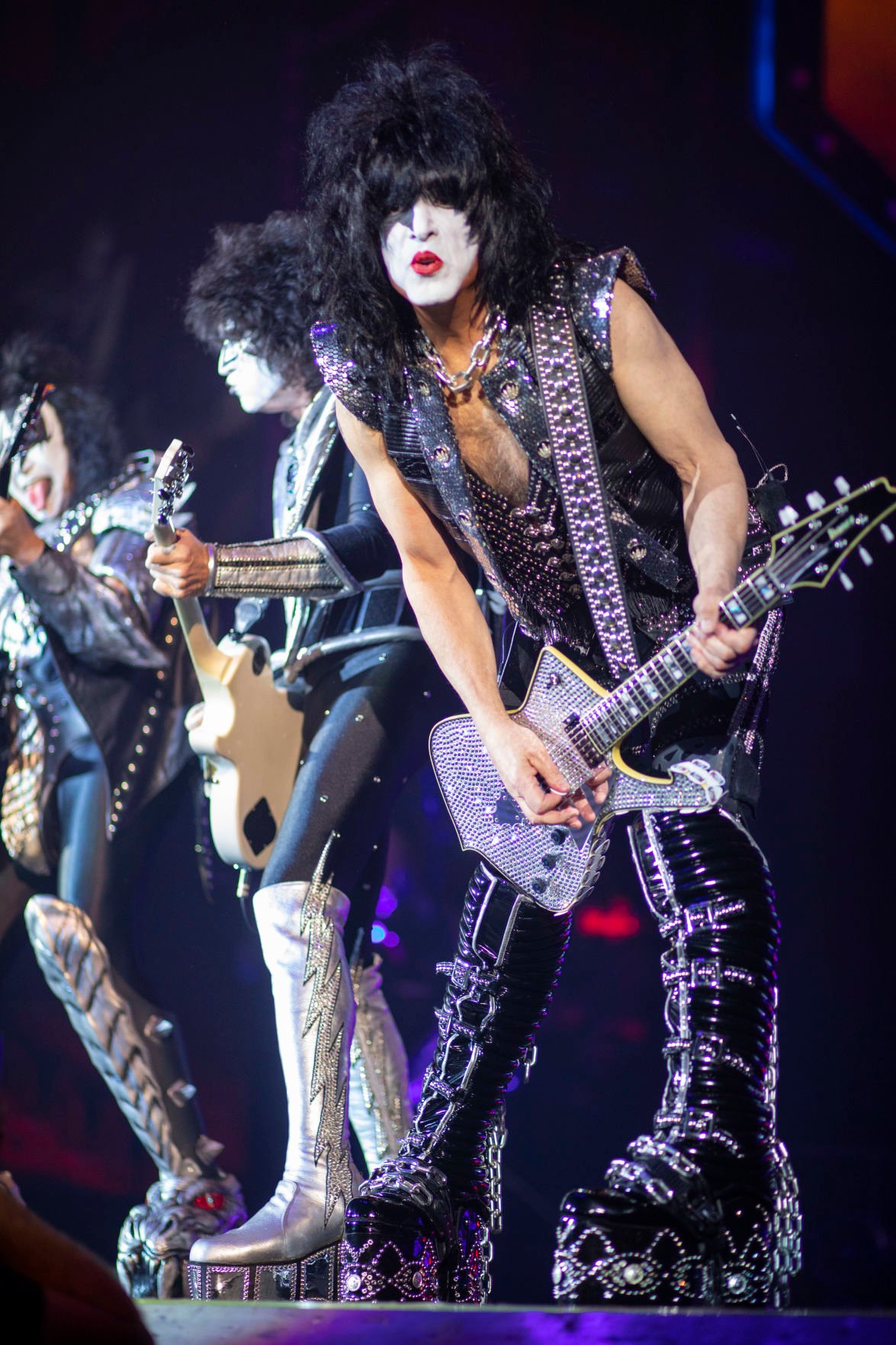 Lead singer Paul Stanley, 68, plays up to the cameras during the show. 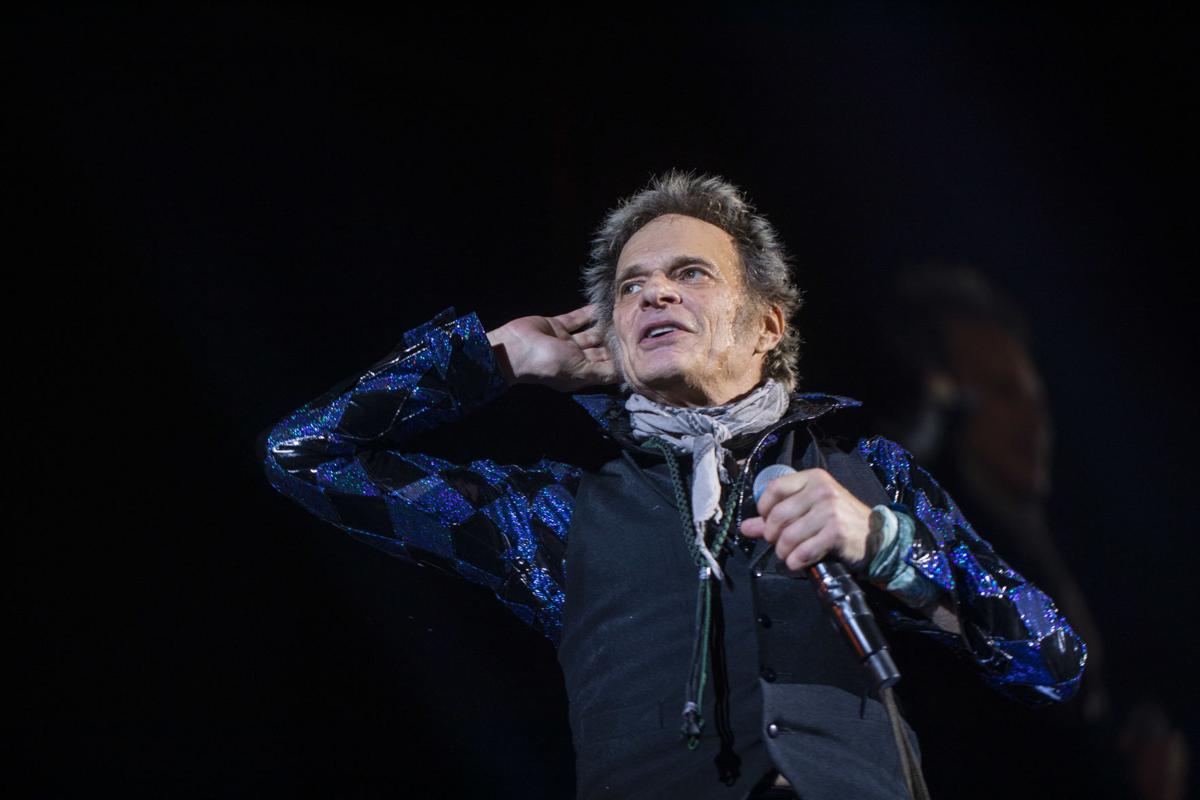 Kiss made a grand entrance into the Don Haskins stage on March 9. See more photos at elpasoinc.com.

Lead singer Paul Stanley, 68, plays up to the cameras during the show.

And fans shouted, shouted, shouted out loud their love for the group, which was formed in 1973. During the show, Kiss founding lead singer and guitarist Paul Stanley reminisced on the band’s first gig in El Paso at the El Paso County Coliseum in 1976.

“El Paso has always been crazy,” the singer screamed from stage, clad in his usual black and white makeup and platform boots. “It’s a Monday, but we’re going to party like it’s Saturday!”

And party they did, as founding bassist Gene Simmons with his infamously long tongue, guitarist Tommy Thayer and drummer Eric Singer played hits like “Rock and Roll All Nite” and  “I Was Made For Lovin’ You.”

With faces painted like their rock heroes, fans got all of the blood spitting, fire breathing, pyrotechnics and bombast one would expect from a Kiss concert – times 10.