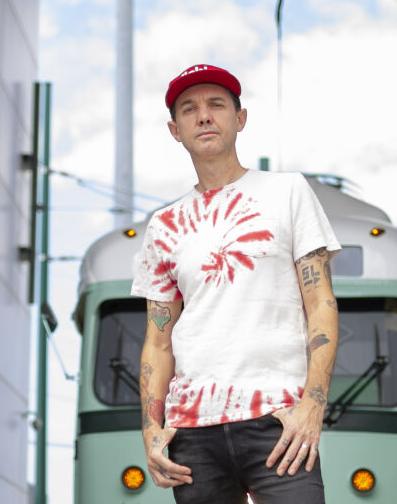 Fifth-generation El Pasoan Jim Ward says he’s in a good place juggling multiple projects, including a new solo album due out in June that he says he put together in two weeks. 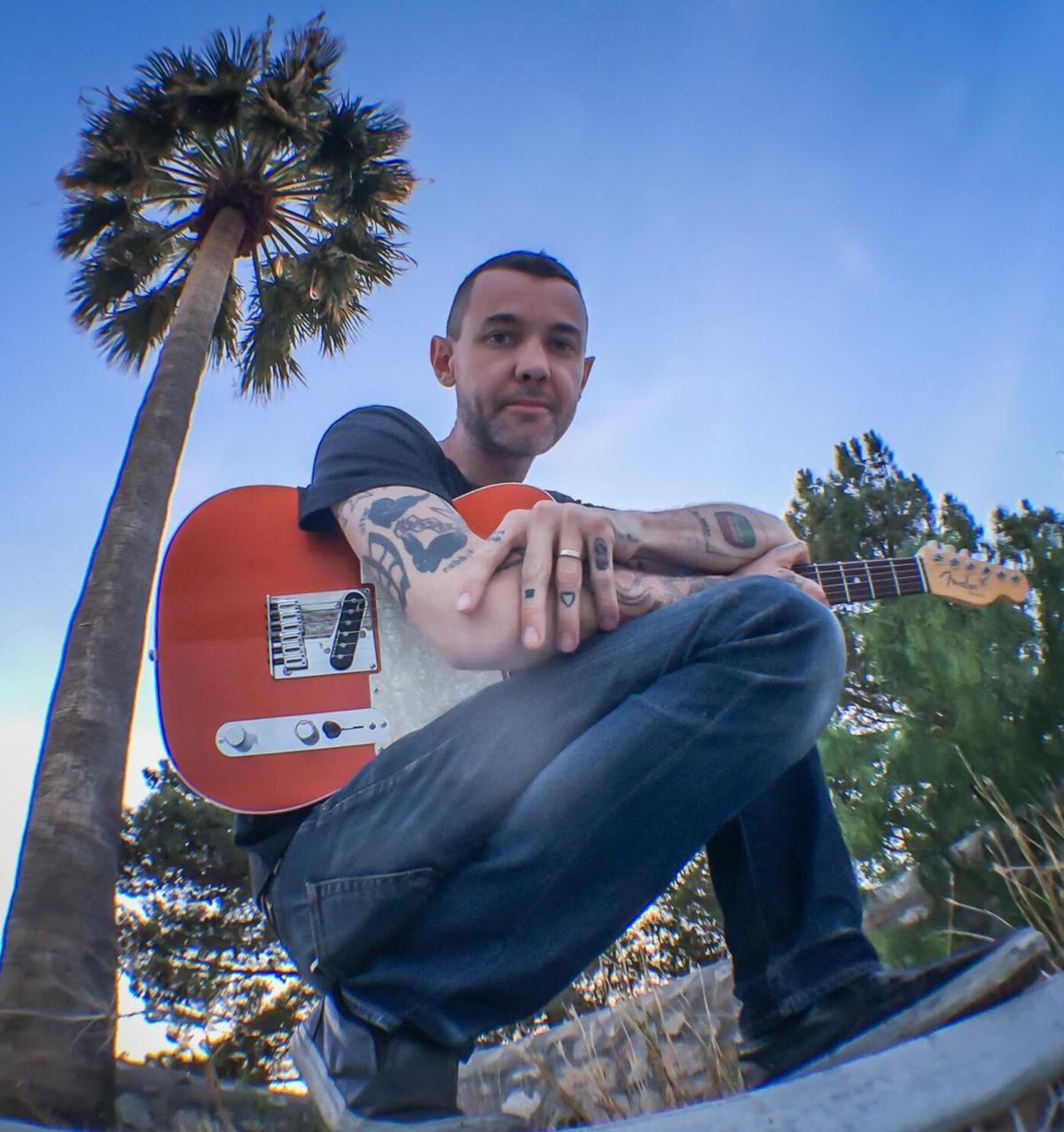 El Paso’s Jim Ward – a founding member of At The Drive-In, Sparta and Sleepercar – is expected to release his solo album, ‘Daggers,’ in June. 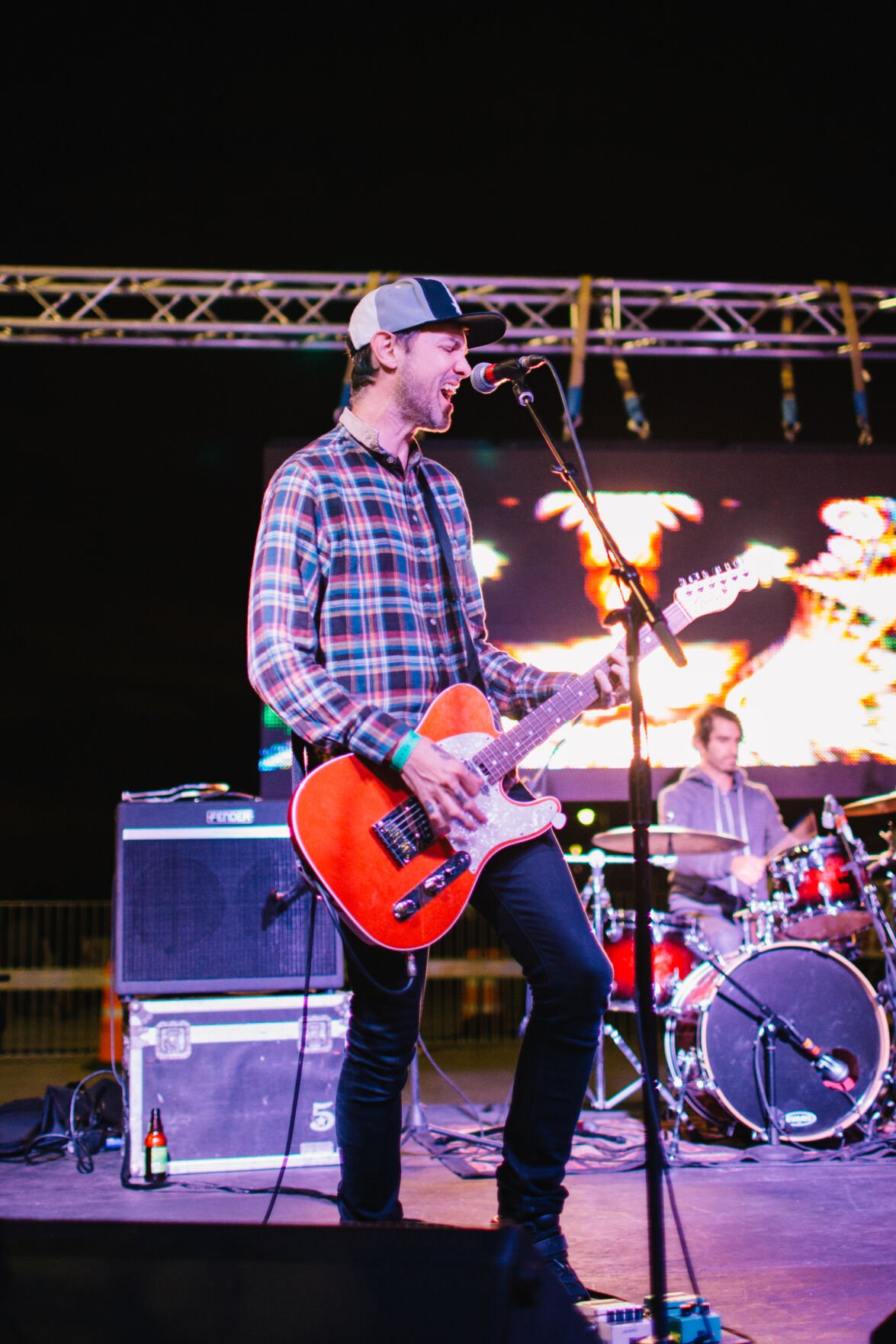 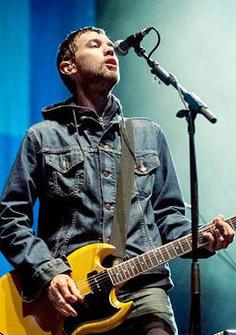 Fifth-generation El Pasoan Jim Ward says he’s in a good place juggling multiple projects, including a new solo album due out in June that he says he put together in two weeks.

El Paso’s Jim Ward – a founding member of At The Drive-In, Sparta and Sleepercar – is expected to release his solo album, ‘Daggers,’ in June.

“I don’t know, I just really like the way the word ‘Daggers’ sounds.”

Contrary to what that statement may infer, Jim Ward is in a good place. He’s been in two of the most influential rock ‘n’ roll bands of the past three decades; he’s been happily married for 24 years; and he has a new solo album coming out on June 11 titled “Daggers.”

On top of all that, he’s the owner and operator of Eloise, a popular restaurant/bar in West El Paso.

“It’s been a weird trip for sure,” Ward, 44, tells El Paso Inc. from his home via Zoom. “I definitely count myself lucky. We’ve worked hard to get what we’ve received, and at the same time, it’s humbling and I’m glad things worked out the way they did.”

“Daggers” is the latest fruit of Ward’s musical resurgence since taking somewhat of a break from music in the late 2000s.

His band, Sparta, went on hiatus in 2007, after which, Ward invested most of his energy on side projects.

“I had more or less been on the road since I was 20. Thirteen to 14 years of touring; thousands and thousands of shows. I just wanted to be home. And when you’re home, you gotta do something.”

Some of his endeavors were musical, like the alt-country project Sleepercar and his own solo album “Quiet in the Valley on the Shores the End Begins.”

But Ward mostly threw himself headlong into enterprises like opening Eloise, a couple of bars, and a prominent El Paso music venue called Tricky Falls, which operated steadily and successfully from 2011 to 2018.

After Tricky Falls closed, Ward’s restlessness began to get to him, and he found himself drifting back to music.

“I just like to make stuff,” he says. “I’ve always been like that, ever since I was a little boy, whether it’s Legos or records. I know there are businesspeople who grow something forever or they sell it, but that’s never been the way I see it. It’s more like living through the experience.

“It’s almost like a record cycle to me. ‘How long will this business be open?’ ‘Till it’s not.’ I’m much more motivated by the creative side of things as opposed to most people’s definition of success. When I’m satisfied with my work, I move on to the next thing.”

Ward’s relationship with the past is mostly nonexistent – much like the past itself. On “Blink Twice,” the restless second track on “Daggers,” Ward plants a flag of intention: “Can we come up with something new? I’m bored to death.”

Ward says the lyric is a sort of mission statement for his place in life at the moment.

“We can go on and on about things forever,” he says. “We could have the same arguments or make the same records or talk about the same stuff. I find that boring. I’m not interested in that at all, and I don’t expect anyone to agree with me to be honest. I’m not one to wallow.”

This ethos seldom allows the past to come back to haunt Ward.

In 2012, he participated in a yearlong reunion of his first band, At The Drive-In.

When the band reunited once more in 2016, Ward opted out.

Asked what he thought of the band’s 2017 comeback album – their first and only release without him, his answer was simple and without rancor: “I haven’t listened to it.”

Similarly, his plans for the future are also intentionally undetermined.

“I’m not really goal-driven. The record just sort of fell out in two weeks. I turned the record in to the label and asked them if they wanted to put it out. There’s was no plan. I just made it,” he says.

That spontaneous way of thinking has paid off greatly for him musically, mostly in the form of Ward’s backing band.

On “Daggers,” he is flanked by two other alternative rock stalwarts: Ben Kenney of Incubus plays bass while Thursday’s Tucker Rule plays drums.

“It’s sort of a customary goodbye between musicians. ‘Let’s record something together!’ But it never happens. Tucker and Ben are friends of mine, and the reason I was able to work with them was because they weren’t on tour due to the pandemic.”

While his four other At The Drive-In bandmates have made homes in other parts of the country, Ward remains an El Pasoan – by birth and by choice.

His hometown haunts his music with a loving aura that feels like a southwestern version of Lou Reed’s New York.

Songs like his own “My Town,” Sparta’s “The Guns of Memorial Park,” and Sleepercar’s “West Texas” either explicitly embrace the Sun City or musically evoke its unique aesthetic.

From the archives: Jim Ward brings Sparta back for Downtown concert

For that reason and others, Ward has become a hometown hero of sorts, remaining tied to his community more so than most other noted musicians who have originated from El Paso.

“For most of those early years I was just on tour. I had a house here and never was here because I was on tour; my roots weren’t very deep,” he says.

“But the more I travelled, the more I wanted to come home, so by the time I was 23 or 24, you couldn’t have convinced me to live anywhere else.”

The El Paso musician has a new solo album.

Its first single, ‘Paper Fish,’ premiered in April and is available now on Spotify, Apple, YouTube and other music platforms.