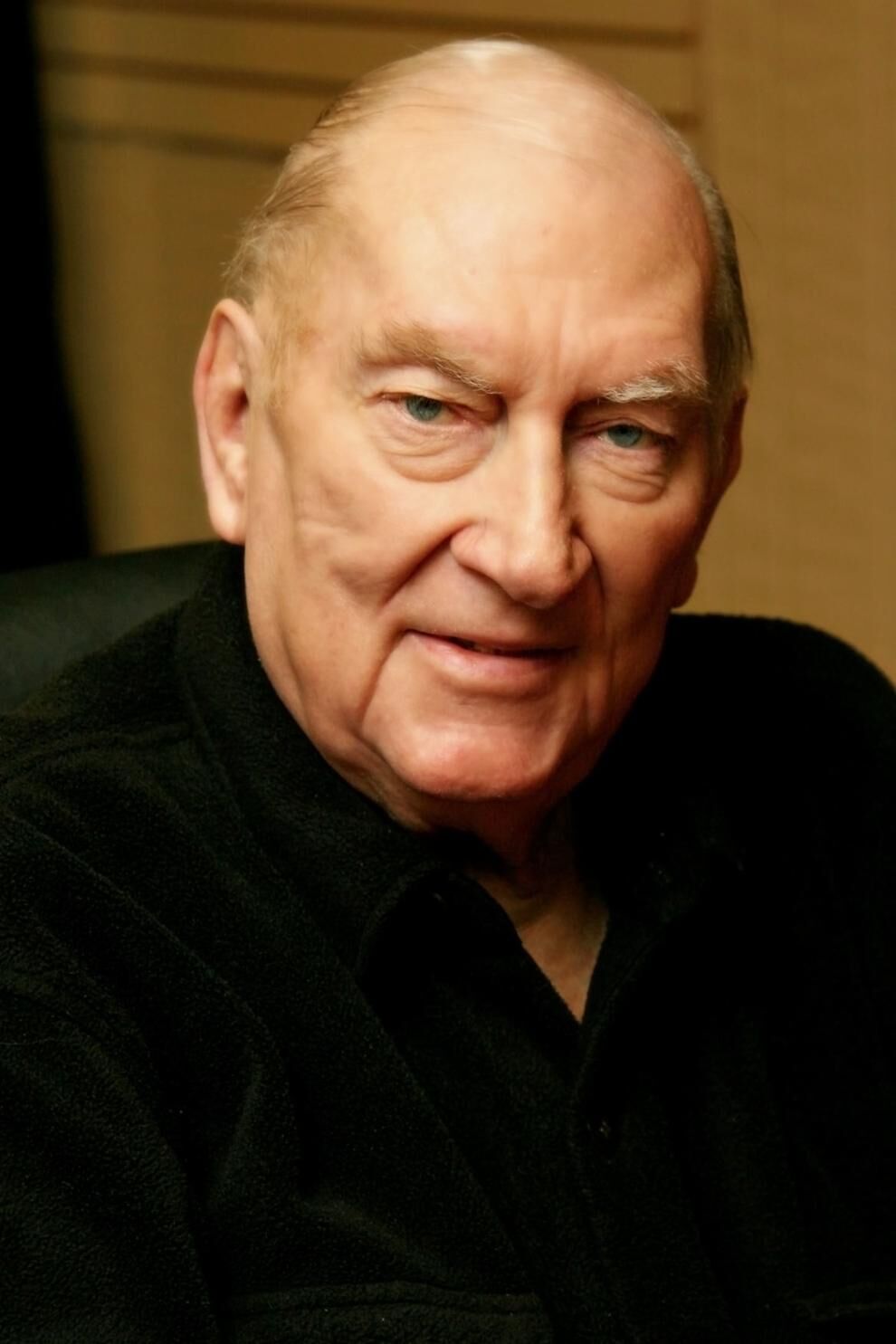 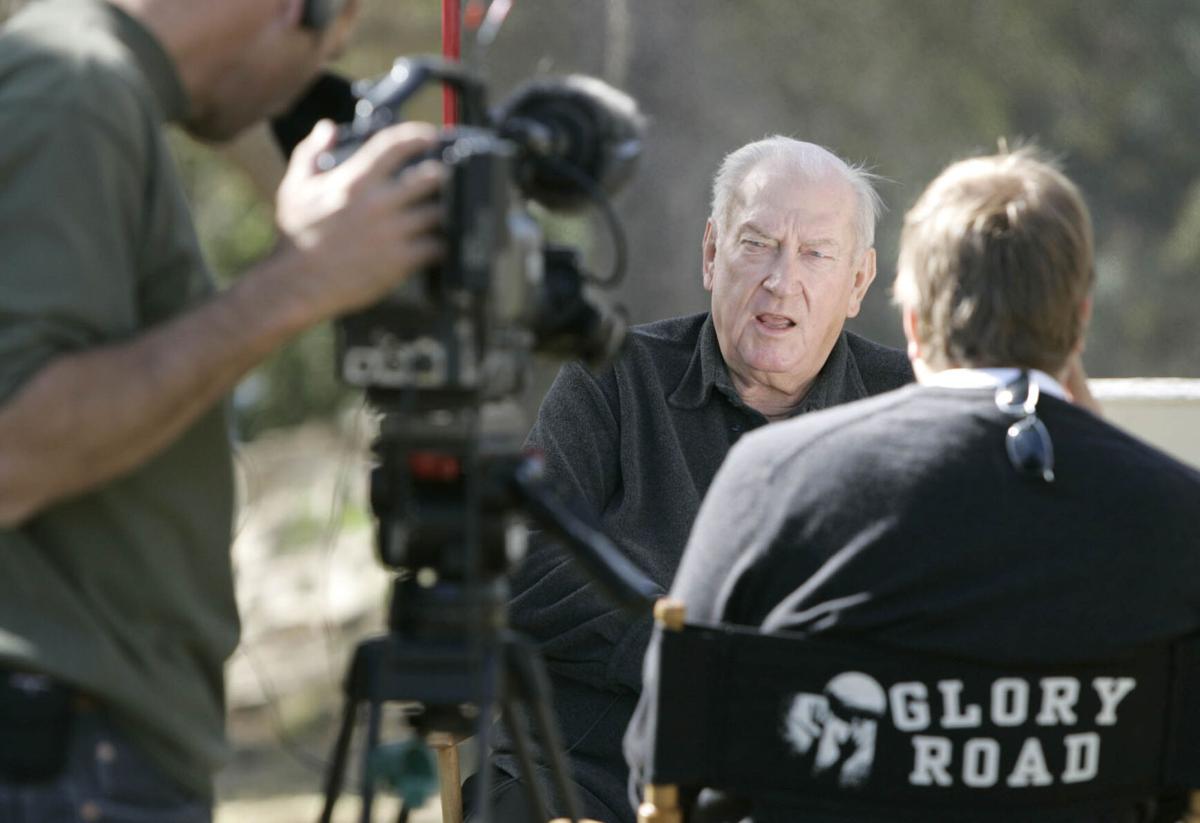 Don Haskins during an interview with the ‘Glory Road’ production crew. 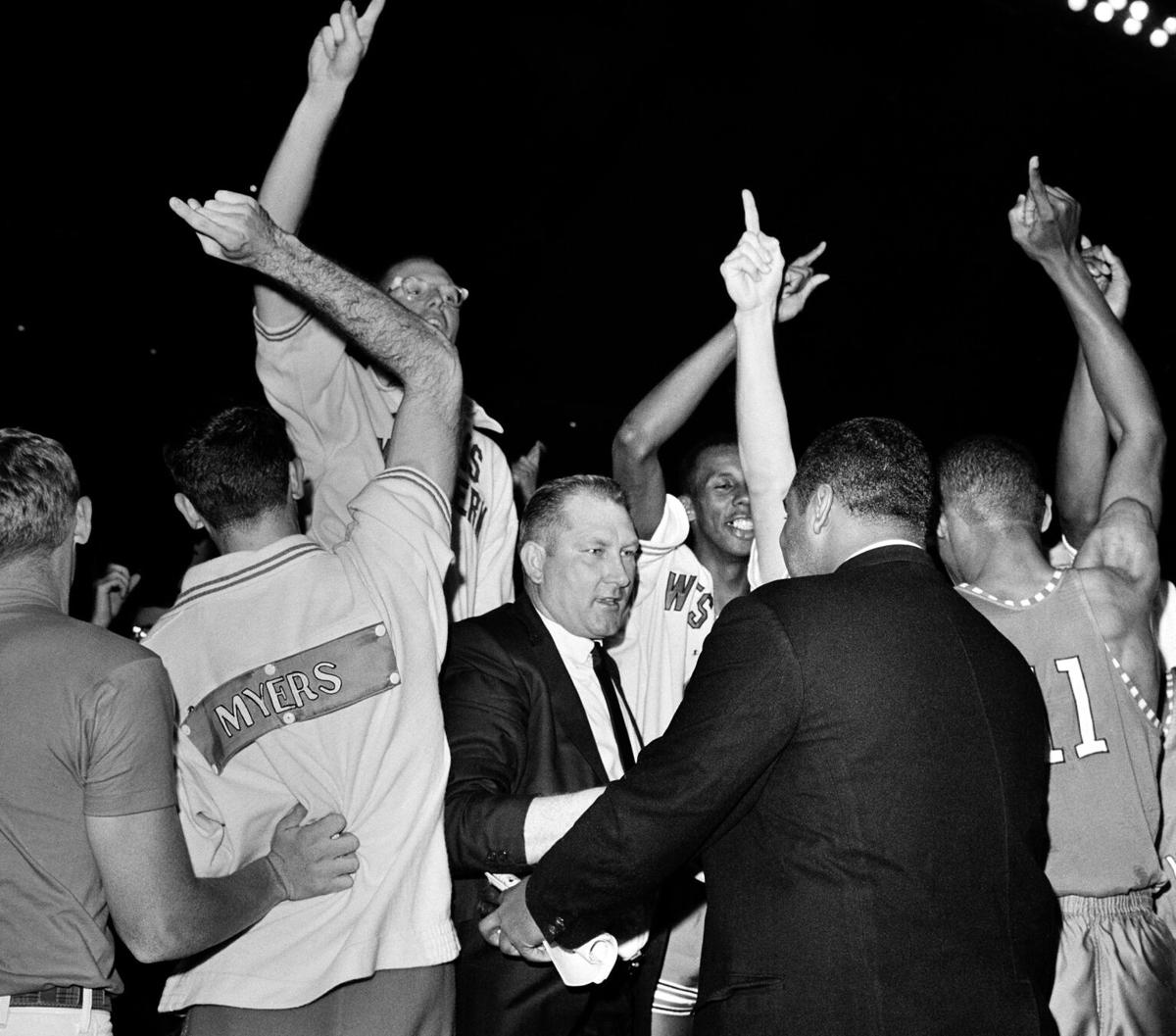 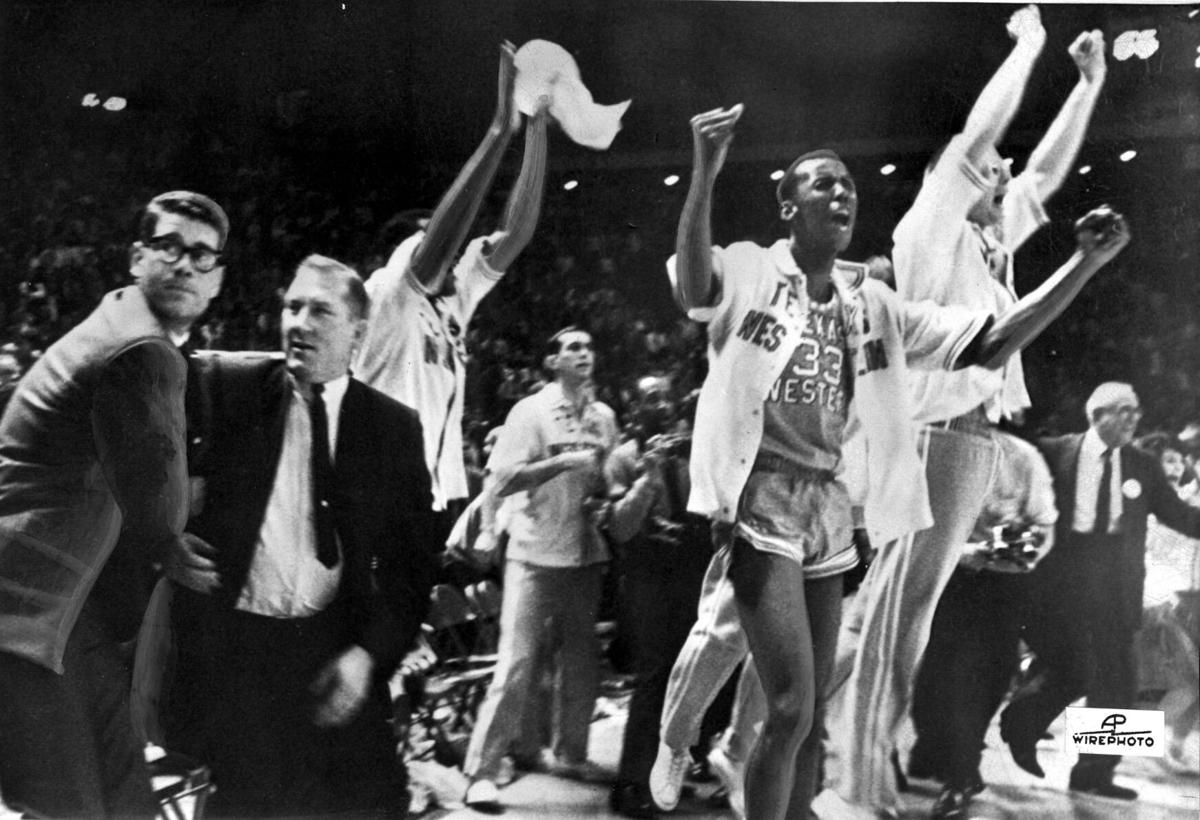 Don Haskins, second from left, and players celebrate after winning the 1966 championship. 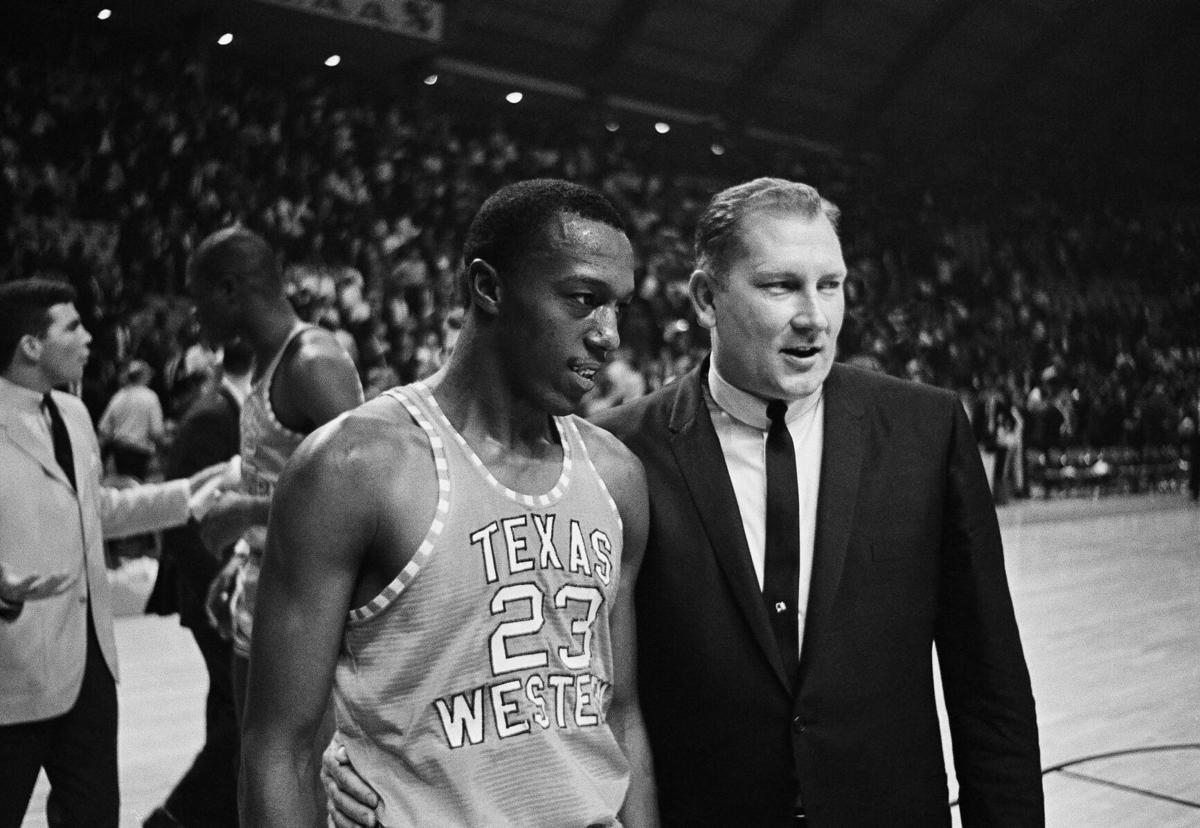 Don Haskins, right, escorts Orsten Artis off the court after the Miners came out on top in the NCAA semi-final game with Utah on March 19, 1966.

Don Haskins during an interview with the ‘Glory Road’ production crew.

Don Haskins, second from left, and players celebrate after winning the 1966 championship.

Don Haskins, right, escorts Orsten Artis off the court after the Miners came out on top in the NCAA semi-final game with Utah on March 19, 1966.

I was sitting at my desk at in the sports department of The El Paso Herald-Post one day in 1961 when a tall young man walked in.

I couldn’t refuse an invitation like that. I went and that was the start of a beautiful friendship between Haskins and me.

I have so many things to say about Don. For instance:

I had such a challenge getting him to agree to my writing his biography in 1987. He wasn’t looking for any glory. I begged, I pleaded. The only way he agreed to my writing his biography is if we met at Coronado Country Club where he would have breakfast before he played golf. He had a son, Steve, who played on the mini golf tour (he later made the PGA Tour) so Don was a golf nut himself.

I agreed to Don’s terms. We spent many hours at the breakfast table at the Coronado Country Club. I took many notes and the result was a book titled “Haskins” and in smaller letters, “The Bear Facts, as told to Ray Sanchez.”

The book sold like wildfire. It wasn’t because I wrote it but because Don Haskins was so popular. He and I split $6,000 in royalties for a few months. Of course, we would have split more but he was so reluctant to attend book signings that he quit altogether.

As I said in my book, “Here was a down to earth guy, a fellow who wasn’t going to wait for the world to come to him but was going out to meet the world head-on … I saw him become one of the greatest coaches in the history of the game, win a national championship in 1966.”

I saw him single-handedly turn the sleepy town of El Paso into a vibrant community.  I saw him bring national recognition to the city that was beyond its wildest dreams. Suddenly we were somebody, national champions, proud.

Haskins started, and played, only black players in the finals of the NCAA championship game. He’s been called a champion of civil rights It’s been said that he was a crusader. Pat Reily of the Los Angeles Dodgers has been quoted as saying that he took part in the Emancipation Proclamation of 1966.

“But,” Don said in my book, “nothing like that was on my mind. When I started five blacks on our Texas Western College team against the University of Kentucky in the finals of NCAA that year.

“If it advanced opportunities for blacks and it showed the world what they could do, well and good. But I started the five I thought would have the best chance of beating Kentucky. That they were all black and that was the first five black had started in an NCAA finals was strictly incidental to me.”

Haskins was recruited by George McCarthy, once a successful Texas Western College coach himself and current athletic director. He had been a Don Haskins fan before.

Haskins suffered a speed trap on his way to accept the job. In addition, he was feeling guilty.

The high school where he was coaching had bought him a car before he left.

A cop stopped him and took him to a service station. The cop took his cap off and as Justice of the Peace declared a $45 fine on Don. He arrived at Texas Western College nearly broke.

Haskins was a hit from the start at Texas Western. In 1961–62, his first season as head coach, the Miners had an 18–6 record. The next year they posted a 19–7 mark and made the first of 14 NCAA tournament appearances under Haskins.

Veteran sports journalist, historian and author Ray Sanchez welcomes suggestions for his column, which periodically runs in the B-Section. Contact him at 915- 584-0626; rayf358@yahoo.com or online at raysanchezbooks.com.