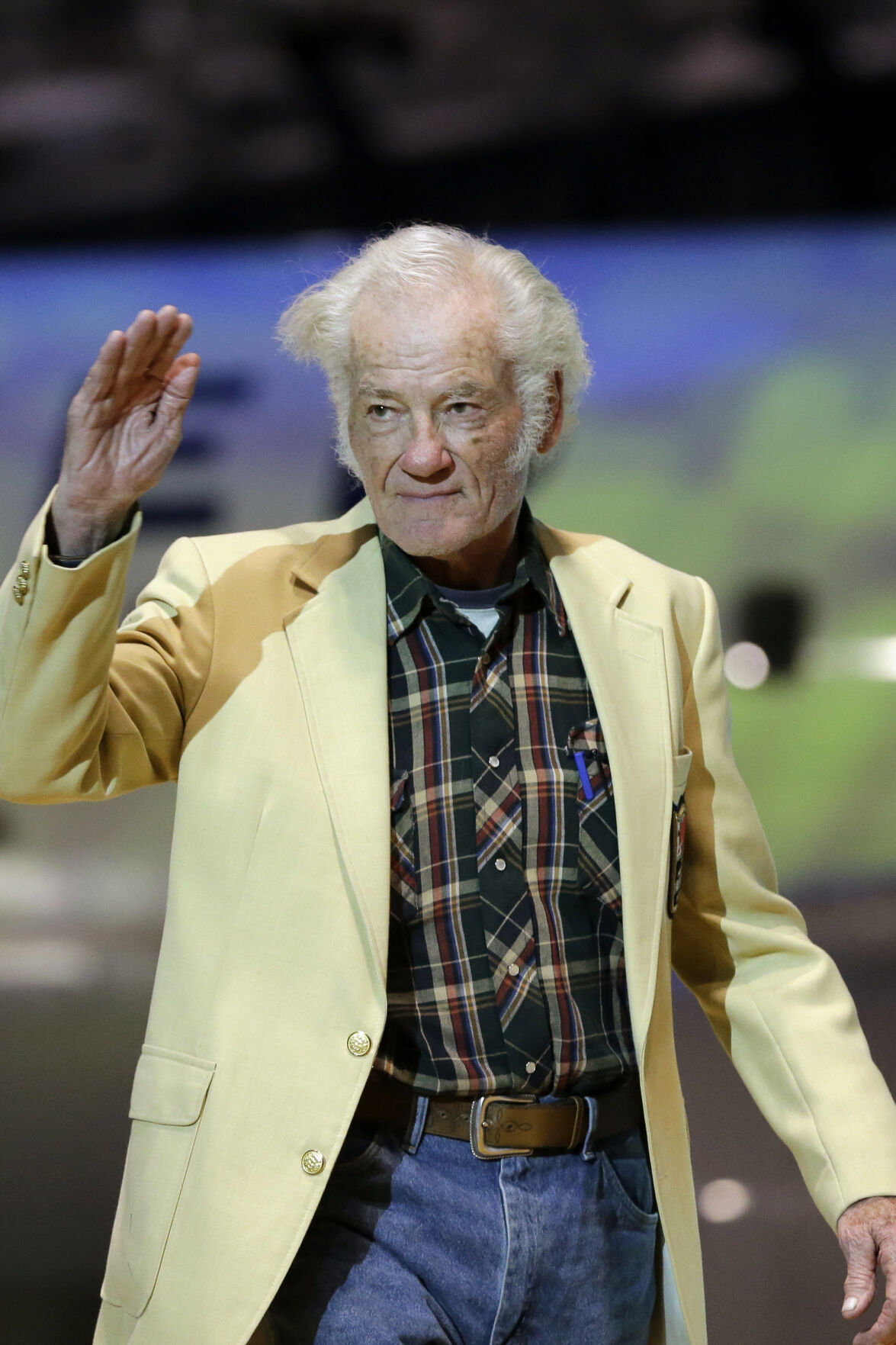 Don Maynard is introduced before the inaugural Pro Football Hall of Fame Fan Fest in 2014. The former Miner star died on Jan. 10.

Don Maynard is introduced before the inaugural Pro Football Hall of Fame Fan Fest in 2014. The former Miner star died on Jan. 10.

Former Miner Don Maynard, the Hall of Fame wide receiver who teamed with Joe Namath in the passing attack that propelled the New York Jets to their storied 1969 upset victory in the Super Bowl, died on at an assisted living facility in Ruidoso, New Mexico, on Monday, Jan. 10. He was 86.

The cause was a combination of health problems, including dementia, his son, Scot, said.

Maynard arrived in the NFL with the 1958 New York Giants as a little-known halfback and safety out of Texas Western College, showing up at training camp with a cowboy hat, matching Western attire, cowboy boots and long sideburns. The Giants already had Frank Gifford, Kyle Rote and Alex Webster in their backfield, so Maynard saw limited action that season.

He received the opening kickoff (touching the ball down in the end zone) in the thrilling 1958 NFL championship game in which the Giants were beaten by the Baltimore Colts in sudden-death overtime, but he didn’t carry the ball or catch a pass that afternoon. The Giants cut him the following summer.

By the time Maynard played in another storied championship game, the Jets’ 16-7 win over the NFL’s heavily favored Colts in Super Bowl III on Jan. 12, 1969 — an unforgettable victory that brought their American Football League long-sought credibility — he had become one of pro football’s most dynamic receivers.

When Maynard retired, having played 13 of his 15 seasons for the Jets, his 633 receptions for 11,834 yards were pro football records. He caught 88 touchdown passes, averaging 18.7 yards per catch, and played in four Pro Bowls. He was inducted into the Pro Football Hall of Fame in Canton, Ohio, in 1987, the second player, after Namath, to go in as a Jet.

Maynard, 6 feet and 180 pounds, was the first player to sign with the future Jets franchise when it entered the fledgling AFL as the Titans in 1960, and he quickly became one of the league’s leading receivers, working with quarterbacks who came and went.

Donald Rogers Maynard was born on Jan. 25, 1935, in Crosbyton, Texas, a small town about 40 miles east of Lubbock. He played football in high school, but his No. 1 sport was track and field, in which he concentrated on the sprints and hurdles.

Maynard played for three seasons at Texas Western (now the University of Texas at El Paso), then was selected by the Giants in the 1957 NFL draft as a ninth-round future pick. After one year with them, he played one season for the Hamilton Tiger-Cats of the Canadian Football League, then joined the Titans, coached by Sammy Baugh, the future Hall of Fame quarterback, who had been Maynard’s coach in the Blue-Gray college all-star game.

After 13 seasons as a Jet, Maynard was traded to the St. Louis Cardinals. He played one season for them and another in the World Football League before retiring.

He was a financial planning consultant after his playing days.

In addition to his son, Maynard is survived by his wife, Anna Maynard; a daughter, Terry Perrin; and five grandchildren.