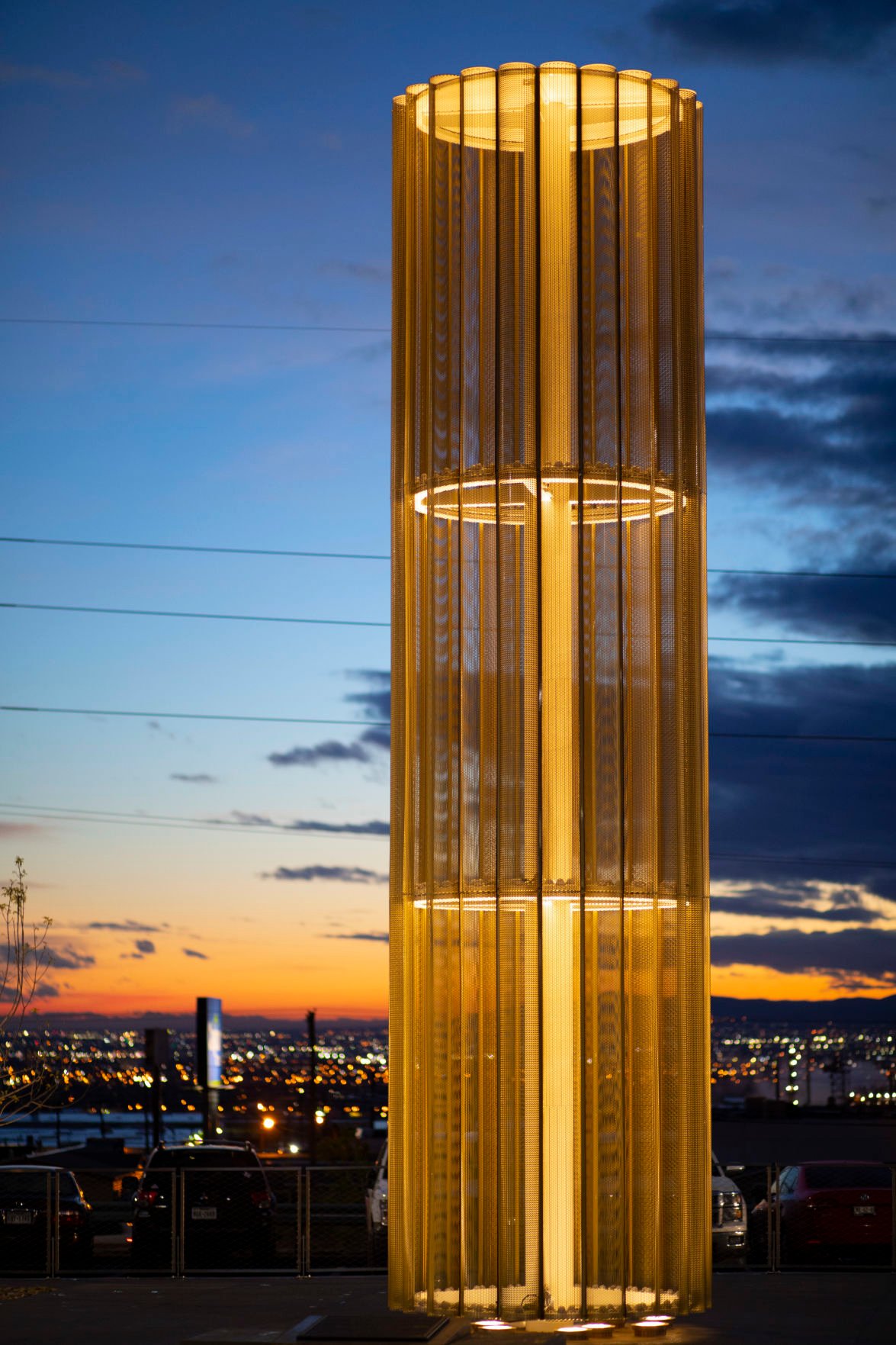 The 30-foot tall  Grand Candela at the Cielo Vista Walmart  honors victims of the Aug. 3, 2019, mass shooting in El Paso. 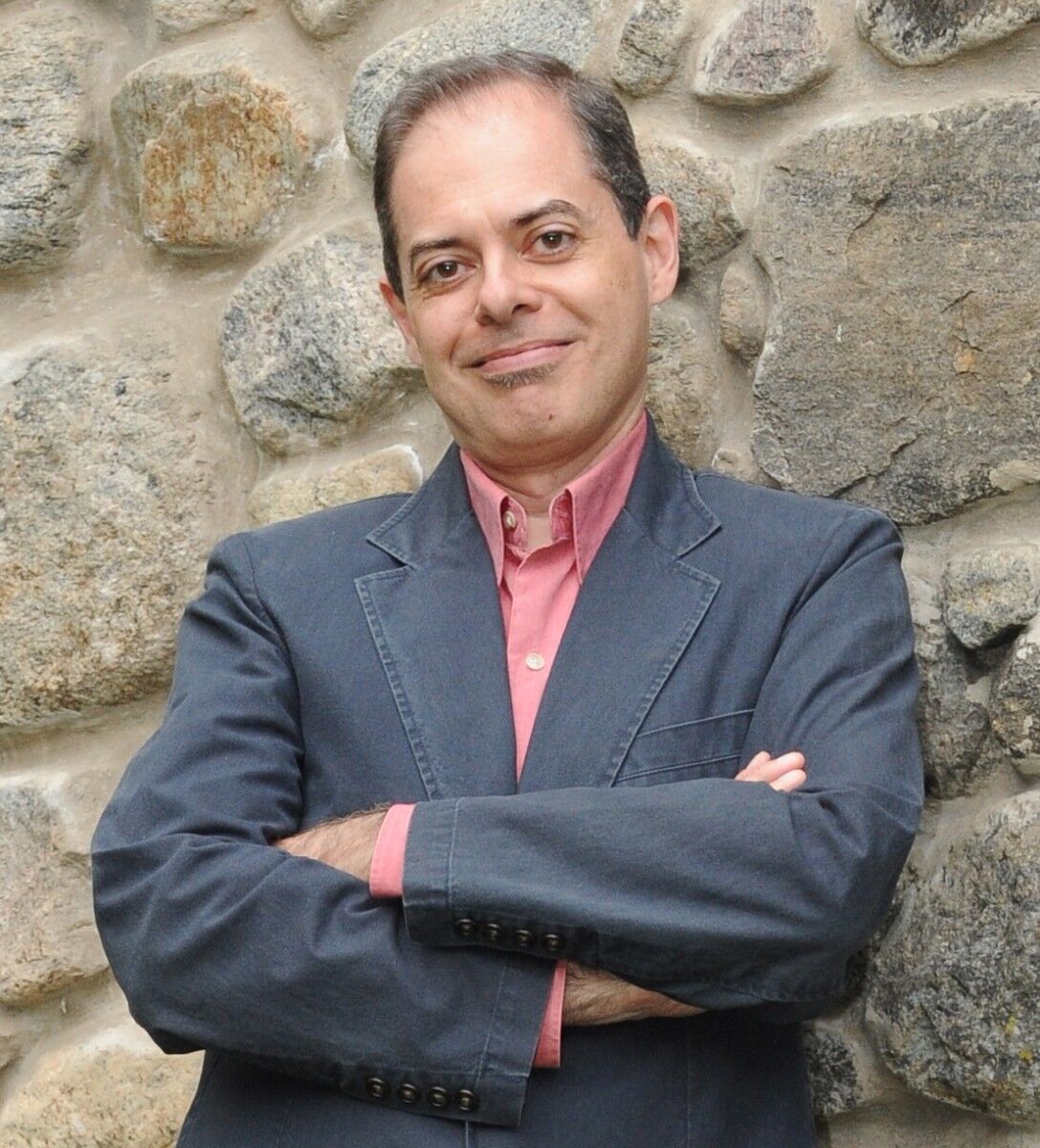 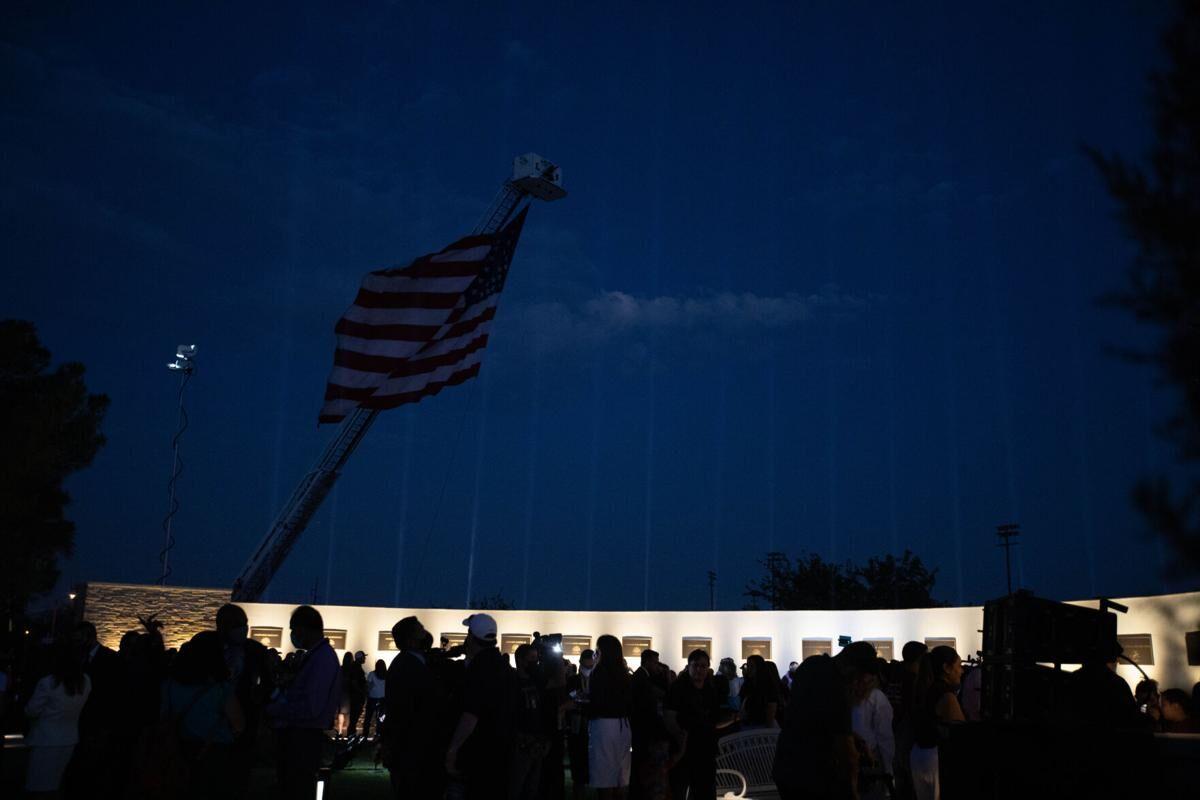 The Healing Garden at Ascarate Park honors the victims of the Aug. 3, 2019, shooting and the community’s resilience that followed.

The 30-foot tall  Grand Candela at the Cielo Vista Walmart  honors victims of the Aug. 3, 2019, mass shooting in El Paso.

The Healing Garden at Ascarate Park honors the victims of the Aug. 3, 2019, shooting and the community’s resilience that followed.

UTEP Music Chair Dr. Steve Wilson and his wife, UTEP Director of Choirs Elisa Fraser Wilson, were on vacation in Colorado in August 2019 when all of a sudden, their cell phones starting blowing up with messages.

That’s how the two learned of the Aug. 3 attack at an El Paso Walmart.

“We were just devastated,” Steve Wilson said. “To me, this wasn’t El Paso.  I wanted to do something to bring peace to our community – a little bit of hope.”

He reached out to El Paso Symphony, El Paso Opera and El Paso Pro-Musica, then El Paso Community Foundation, and a historic partnership began when their cooperative group, Communities for Peace, commissioned an original work to honor the victims of the mass shooting.

The group wanted a Hispanic with a national reputation for music to write it.

Wilson remembered Jorge Martín had been commissioned and had written choral pieces for UTEP assistant professor Brian Downen in 2018. He had come to El Paso to accompany Downen for the concert.

“We wanted music that would connect with our community. Martín (who is of Cuban heritage) fit that bill. His music has Latin flair to it. He has written Latin text along with English and Spanish. He could capture feelings of grieving but also hope for the future.”

All agreed he would be a good choice.

Martín accepted the commission to create El Paso Requiem, which will debut Oct. 22-23 at the Plaza Theatre. Also on the program is another powerful piece, Tchaikovsky’s Piano Concerto No. 1, with Dzmitry Ulasiuk, winner of the 2017 International Chopin Piano Competition of the Fryderyk Chopin Society of Texas, as piano soloist.

“I was extremely amazed at what El Paso was doing,” Martín said. “I’m unaware of any other community in United States who has commissioned music to commemorate their dead. It is an honor and responsibility I take very seriously.”

The piece was originally commissioned to be performed in fall of 2020, but the pandemic pushed it back to this fall. Martín, a perfectionist, was glad for the extra time.

“It’s a large work. There is always incredible editing, tweaking, finding errors,” Martín said. He centered his requiem around Bible verses, with lyrics in English, Spanish and Latin.

Then a 23rd victim died, so he added another minute to the now 23-minute piece.

“I also decided to incorporate a little numerology. Composers have done this forever. You sense it. For example, I have 23 repetitions of the Kyrie (Eleison).”

The work includes a cello solo at the beginning – a nod to Pro Musica Director Zuill Bailey.

Central to the piece is the Biblical figure Rachel, Jacob’s wife, who mourns her children.

“It’s basically a work of catharsis,” Martín said. “Rachel goes through many emotions including rage, terror and supplication. In the end comes a release in the Lux Eterna, where the soul is let into paradise. I hope it achieves that end for the listeners.”

Steve Wilson hopes the piece will become a symbol for victims of gun violence, and that it will be played in and for other cities who suffer similar tragedies.

“Regardless of where you stand on guns, victims who suffered needlessly should be remembered,” Wilson said.

The UTEP Choirs, under the direction of Elisa Fraser Wilson, will perform with El Paso Symphony, along with soloists, Jamille Brewster, soprano, Cherry Duke, mezzo-soprano, and Brian Downen, tenor.

Brewster, who is studying for her doctorate in music at University of Illinois, Urbana-Champagne, was in her native El Paso when the shooting took place.

“It was a horrible thing that happened to my beautiful home,” Brewster said. “That someone should target us in such a hateful manner. There are times when I just want to cry because it was so close to my heart.”

She jumped at the chance to do her emotional solo.

“I hope we will send a message of love and acceptance of other people – to hopefully encourage people with closed minds to open them.”

Duke and her husband Downen have been in El Paso since 2014, Duke as professor of practice and director of Opera UTEP and Downen as assistant professor of voice who teaches the University Chorus.

“Music is always what people turn to, especially in times of trauma,” Duke said. “It helps us to process and mark the occasion, if not heal.”

Downen agreed, adding that since so many El Pasoans, including himself, are Catholic, the music will “resonate with the use its highest liturgical ceremony. We are praying for the peace of their souls.”

Duke said such music is deeper when celebrated with others.

“We will be El Paso Strong when we feel the strength of such a mammoth work of music that’s in the language of El Paso.”

El Paso Symphony conductor Bohuslav Rattay said doing a piece that has never been heard is always a challenge.

It takes time to make sense of who plays what and when, from the chorus to the whole orchestra.

“Emotionally, I’m getting there,” Rattay said. “But until I’m really on stage trying to make music with the chorus and orchestra – that’s when the emotions will kick in.”

Downen said that emotion will transfer to their audience.

“Like many pieces written for these tragic occasions, the music will be larger than life,” Downen said. “People will be left elevated to a more peaceful place.”

A Communities for Peace Concert