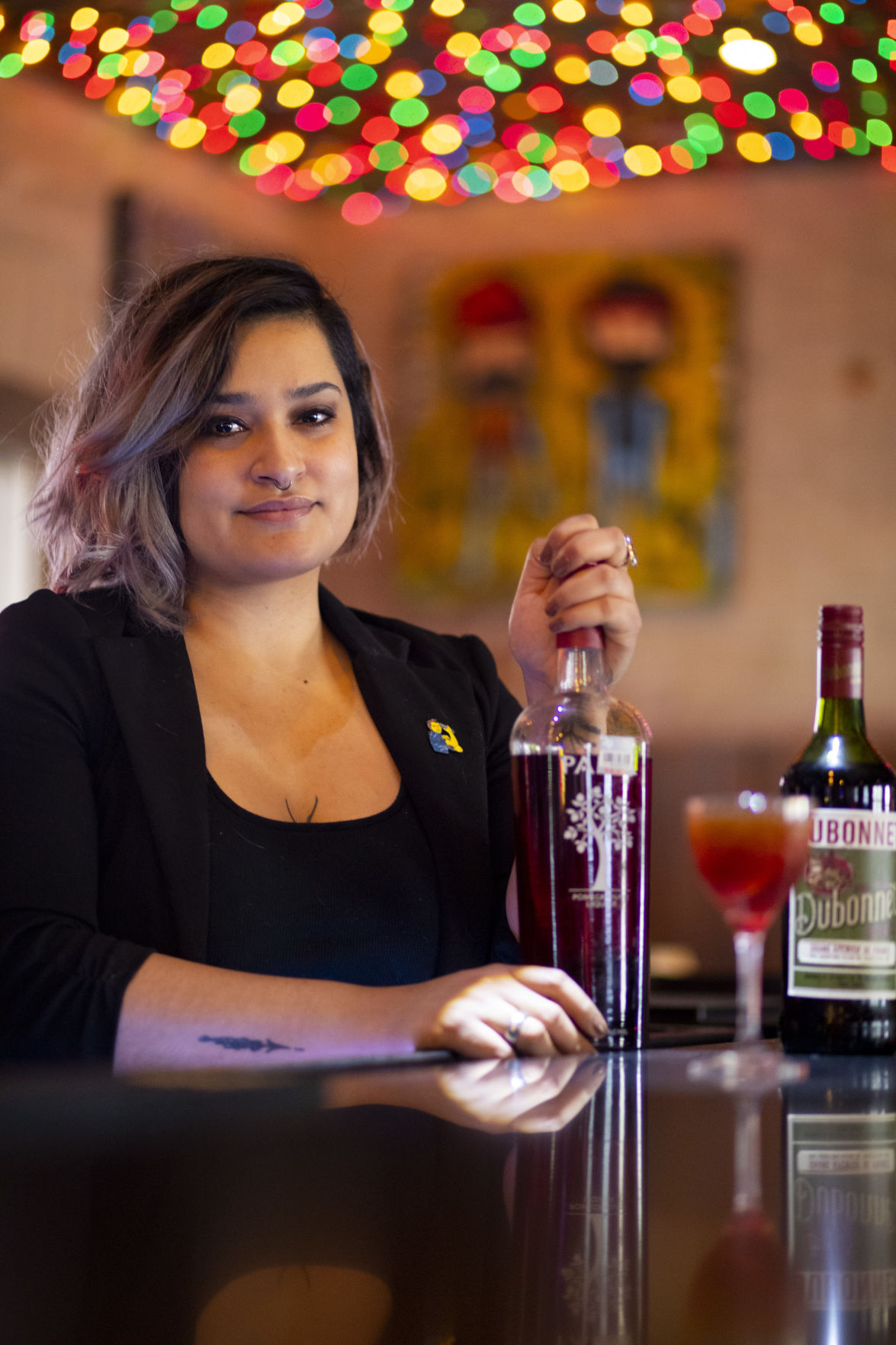 El Paso’s Michelle Salgado of El Velvet Elvis has been named a finalist in the 2020 Heaven HIll Brands Bartender of the Year competition. 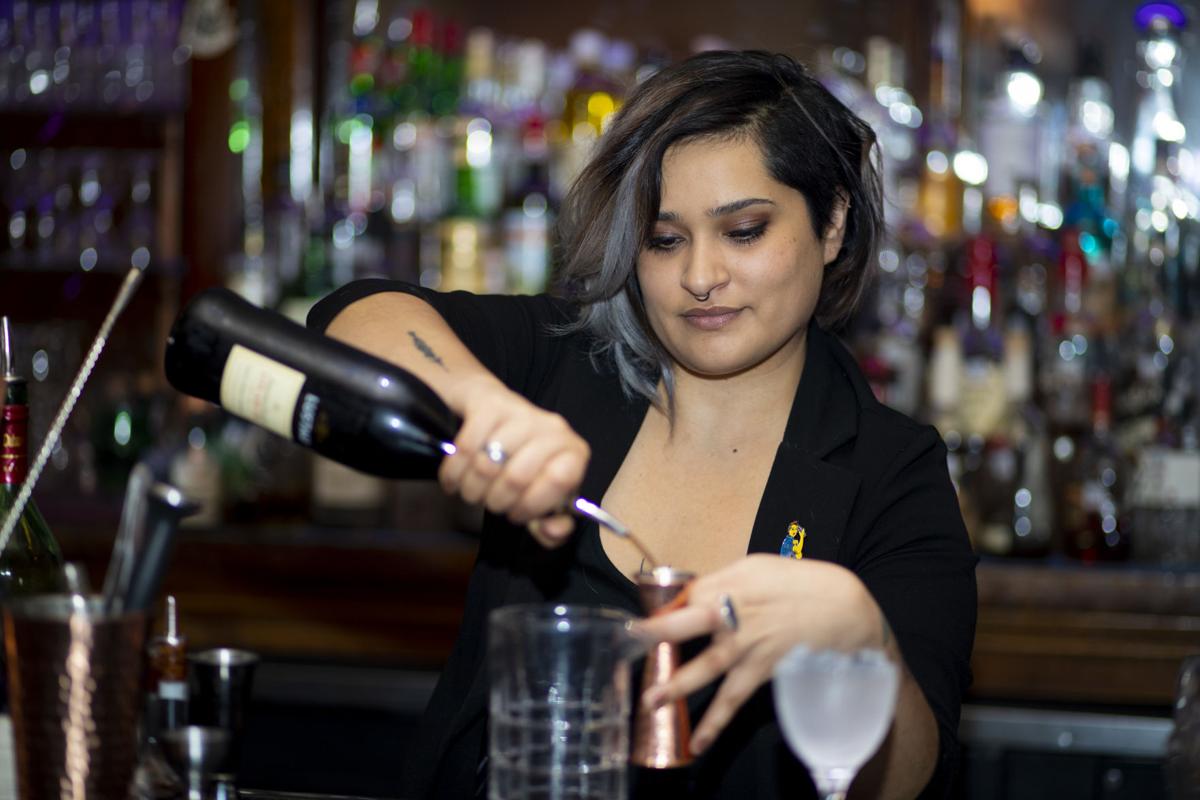 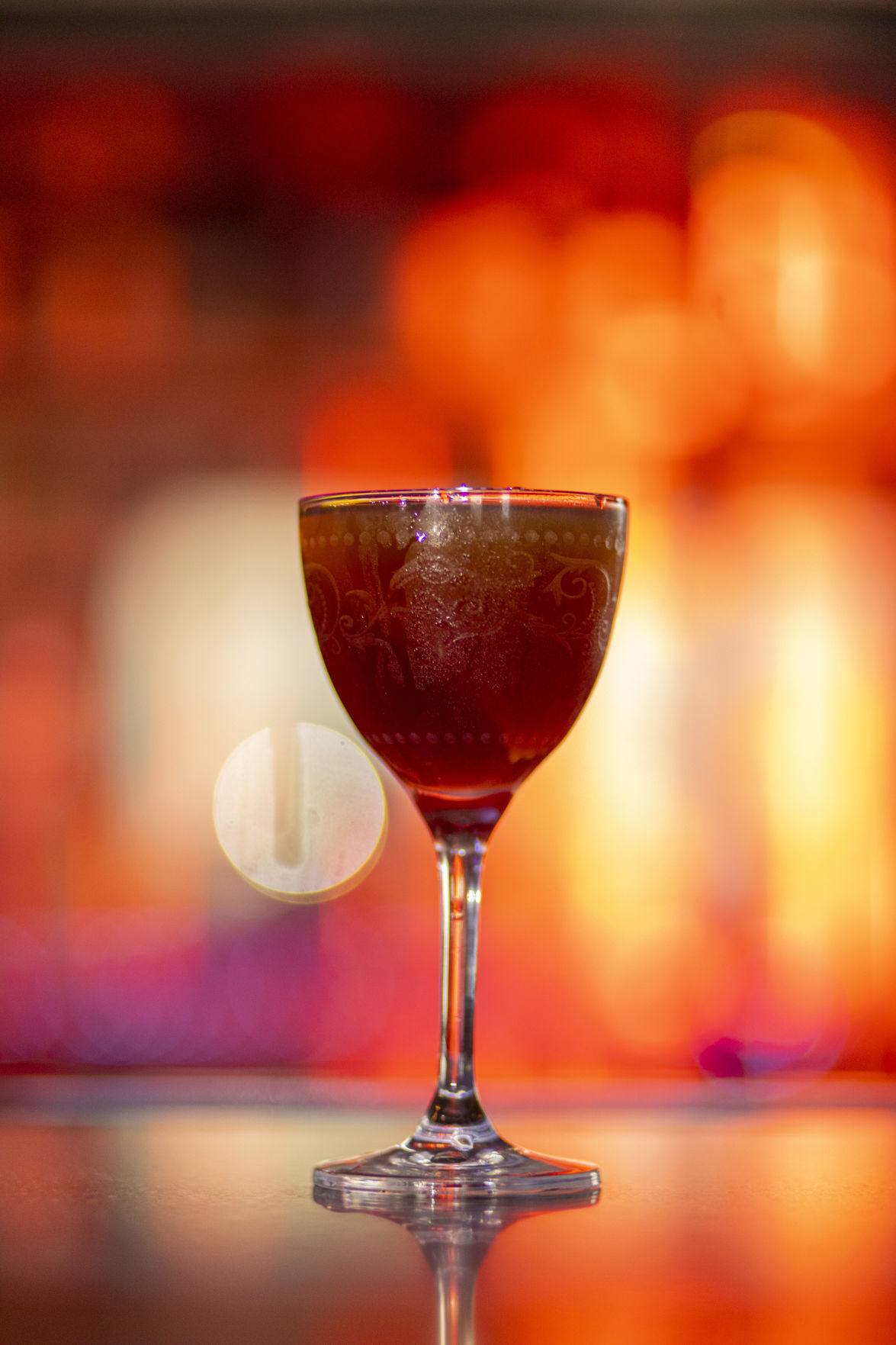 El Paso’s Michelle Salgado of El Velvet Elvis has been named a finalist in the 2020 Heaven HIll Brands Bartender of the Year competition.

Michelle Salgado knows how to tell a good story.

The craft bartender is one of eight finalists in the 2020 Heaven Hill Brands Bartender of The Year competition, which looks to support the growth, education and awareness in the bartending community.

Salgado took first place in the Austin region of the competition that is judged on creativity and innovation, spirits knowledge, knowledge of the classics, genuine hospitality, ability to read guests’ needs, speed and efficiency and presentation style.

“It’s like you’re putting on a show and (the judges) are your audience,” said Salgado, 28, the principal bartender of the hidden gem in Five Points – El Velvet Elvis.

Whether she’s creating a menu, writing a narrative for a cocktail competition, or slinging drinks behind the bar, Salgado always uses her first passion as a key ingredient: writing.

“I tie it into bartending as much as I can and I think that’s why I started doing these competitions,” said Salgado, who has been professionally bartending four years.

Not all cocktail competitions require a writing submission, but when they do, storytelling is key.

“I go real narrative heavy, like the last one I did for Heaven Hill was based on my mom.”

Her winning innovative cocktail, Madre Jessu, was created in honor of her mother, who was diagnosed with Lupus when Salgado was young. It uses PAMA pomegranate liqueur because her mother loves pomegranate, as well as jade oolong liqueur because tea is her favorite beverage. The result was a low-alcohol drink that her mother could safely drink.

“The more specific something is the more universal it actually comes off as, I take that to heart,” said Salgado, describing how she created her narrative for the competition.

“I made someone cry and it was cool because it resonated with them. The back and forth I had with those judges, left me with an adrenaline wanting to do cartwheels.”

Salgado was chosen as a semi-finalist from among 1,400 submissions to the Bartender of the Year competition. She had two weeks to prepare for her cocktail, and was one of six to compete in regionals in Austin in January.

The judge congratulated the competitors and said, “Now for first place it is going to be Miss…” and after a pause, Salgado realized, “I’m the only Miss!”

Despite her confidence and skill, Salgado said being a woman behind the bar in a male-dominated field has sometimes led to self-doubt.

She points to the time a customer asked if she could make a Negroni – a classic three-ingredient cocktail – instead of asking for the drink directly.

“Do I? Of course I did,” said Salgado, who still experiences these kinds of encounters. “It was my first big experience being a woman behind the bar, having that initial doubt where the customer made me doubt myself when I should have said, ‘Hell yeah! I know how to make Negronis!’”

Even though she’s the principal bartender, male customers often tell Salgado that they’ll wait for the bartender when she approaches them to take a drink order.

“It would aggravate me because I was trying to learn and would get shut off right away because I’m not what they wanted me to be like,” she said.

She now realizes that when that happens, customers only deprive themselves of an experience from an award-winning bartender.

Finals for the competition are scheduled for June in Highlands, North Carolina. She’ll face off against finalists in other regions, including Chicago, Los Angeles, New York City, Miami, Portland, Phoenix and Atlanta later this year if the competition isn’t canceled due to the coronavirus.