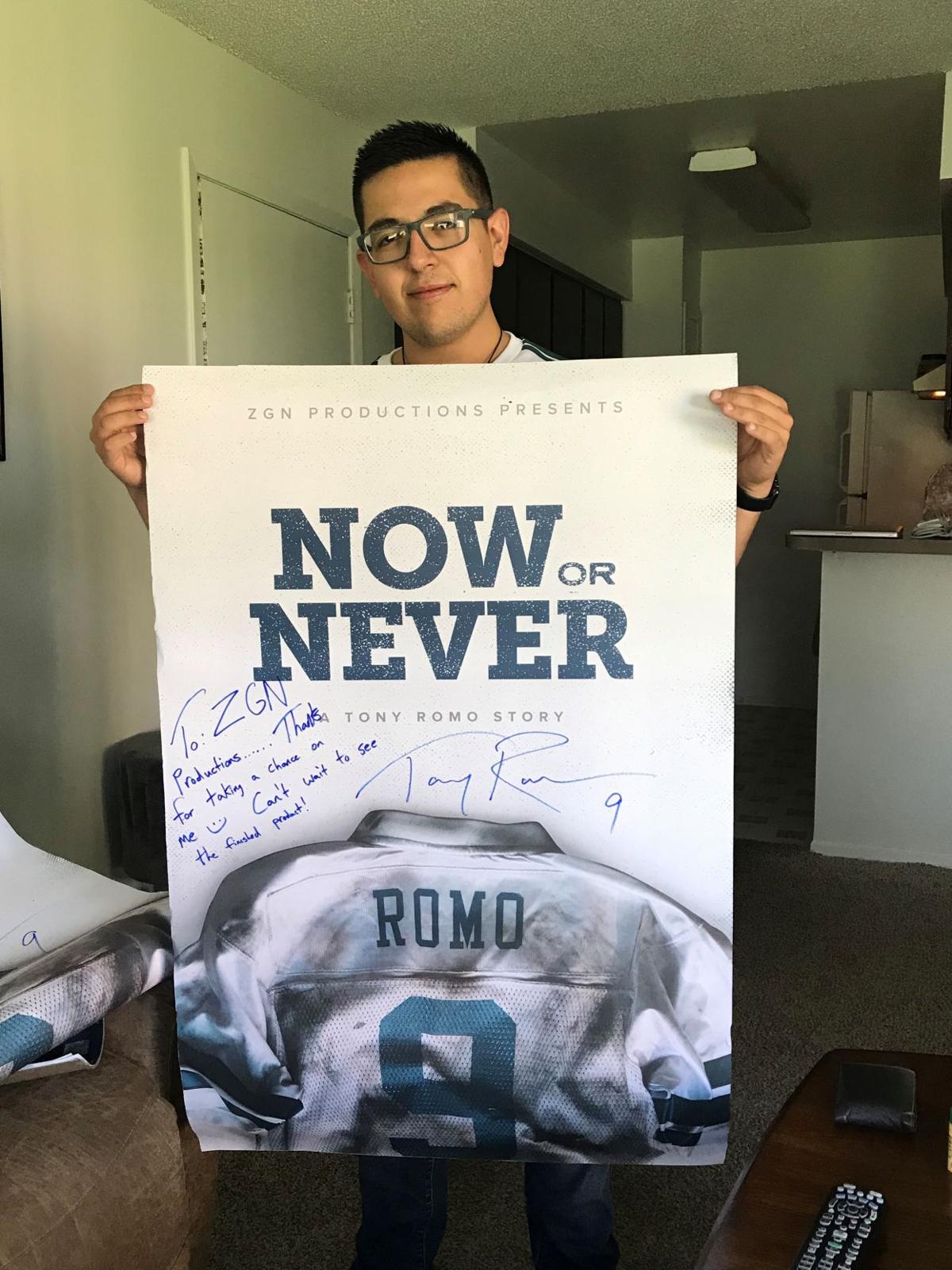 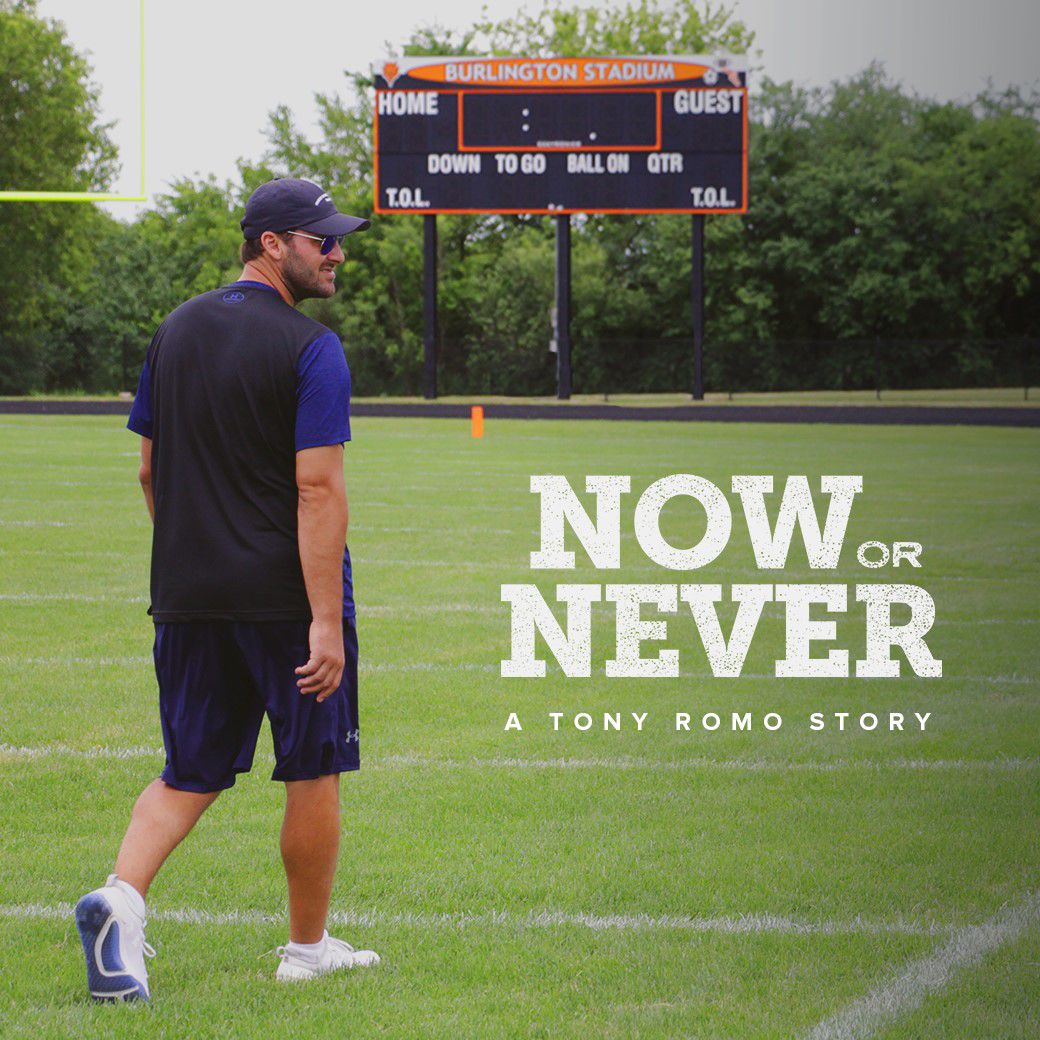 A still from the film’s opening credits. 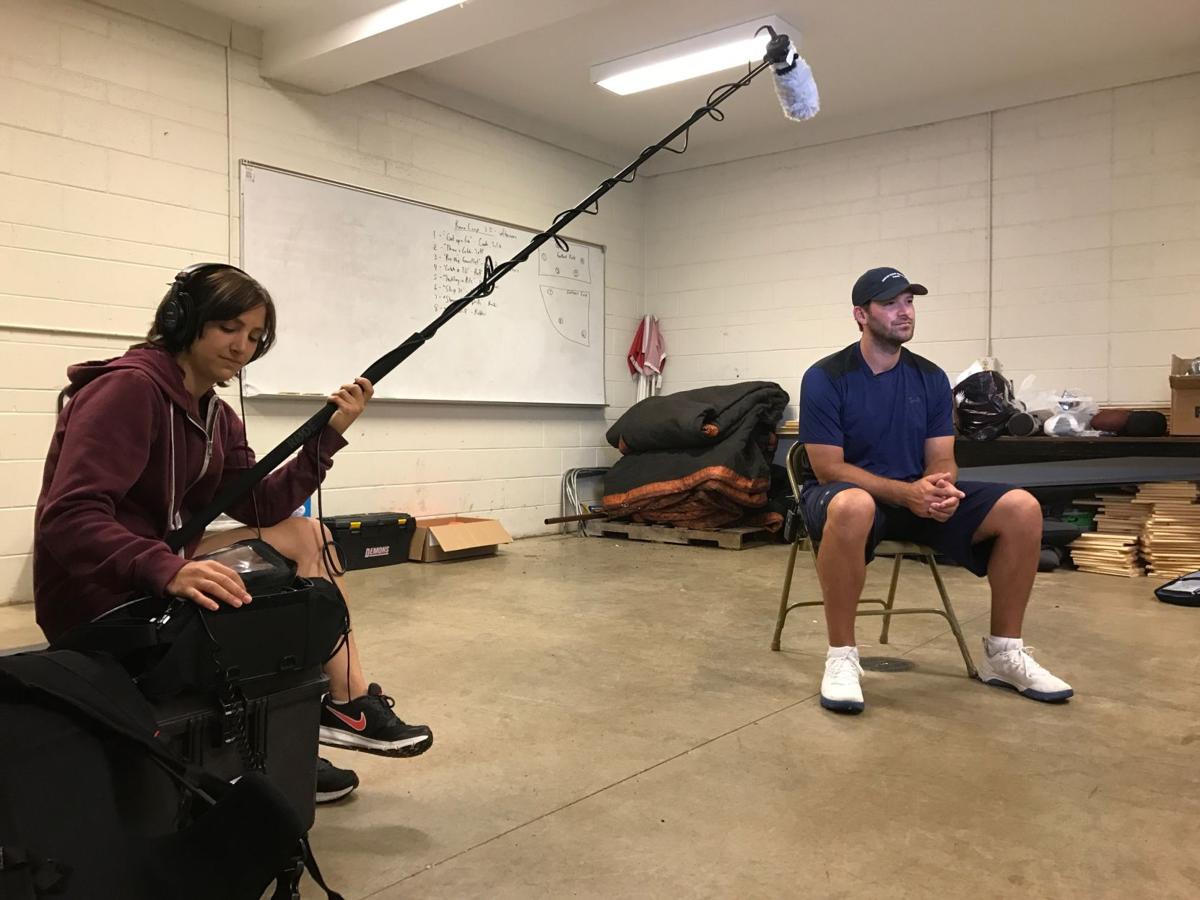 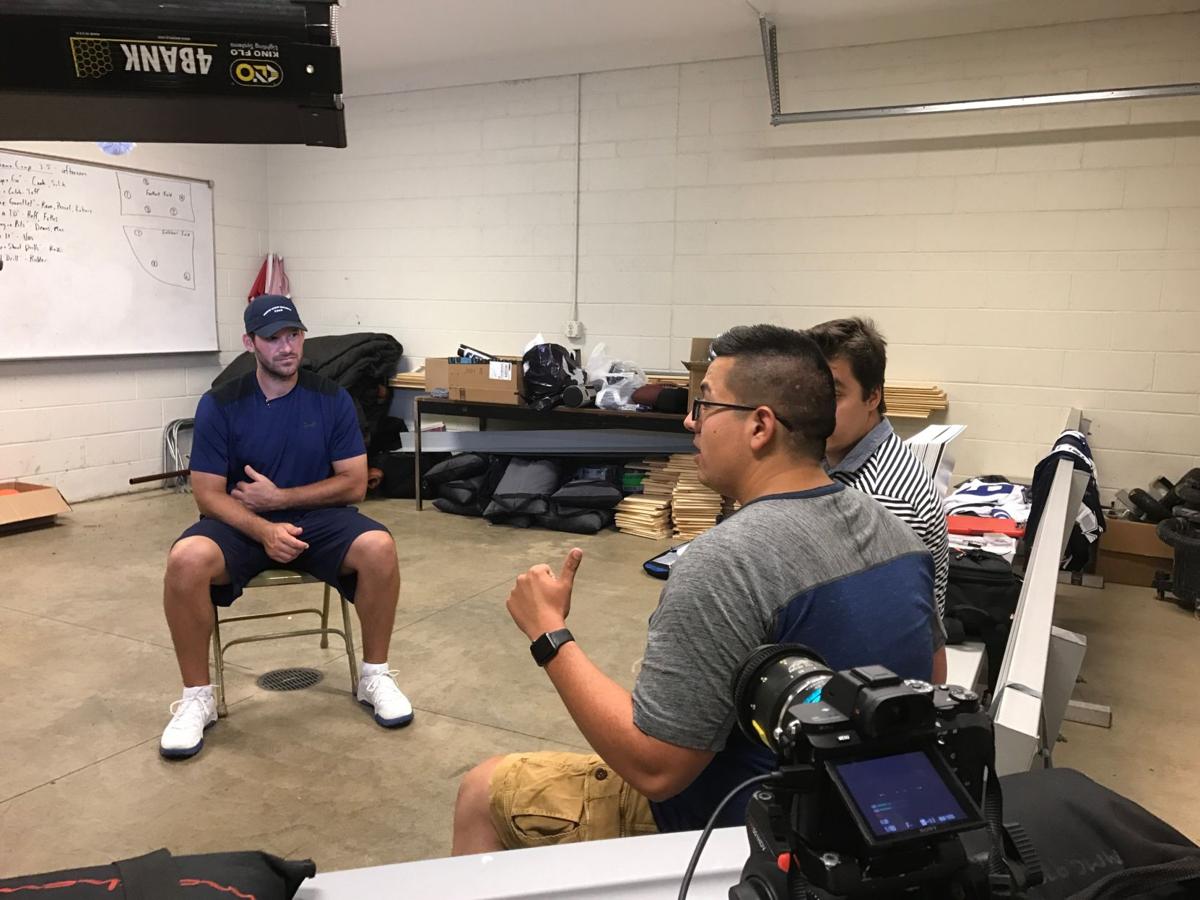 A still from the film’s opening credits.

Ever since he debuted for the Dallas Cowboys in 2006, Tony Romo has been one of the most popular players ever to wear the star.

For native El Pasoan Chris Hanna, No. 9’s story is much deeper than his time with the Cowboys.

Like many fans, Hanna grew up in the Romo era and was motivated and inspired by his career.

“I think Tony Romo has not been respected throughout the sports community throughout his career because he didn’t win a Super Bowl,” Hanna said.

“If you look at his career and some of his numbers, he’s No. 1 on top of Troy Aikman and Roger Staubach. I’ve always felt that there is more to his story than just not winning that trophy. ... Who was there for him, who nurtured him and who trained him. To me, that was the story we are trying to tell.”

That story is the subject of Hanna’s first feature-length documentary, “Now or Never: A Tony Romo Story.”

Hanna started by interviewing Michael J. Mooney, author of a Texas Monthly article about Romo. Hanna was 24 at the time, and was in his last semester of film school.

Berezowitz then invited him to Burlington, where he met some of Romo’s former high school teammates and attended Romo’s annual football camp there.

During the camp, Hanna met Romo for the first time.

Over the next two years, Hanna and his filmmaking partner, Nina Hedberg, interviewed more than two dozen people connected with Romo, including his parents, family members, friends, coaches and former high school teammates.

Hedberg and Hanna met in film school, and the two started dating before the Romo project. She was intrigued by the story and became more passionate as she learned the details of his story, and loved Romo’s relationship with Burlington.

“Now or Never: A Tony Romo Story” is a 95-minute film that will soon be released, though no specific date has been set.

Hanna is raising money to help offset the licensing costs of NFL footage and his musical score. To help, visit indiegogo.com and search for the movie title.

Hanna plans to screen the movie in El Paso, Dallas and Burlington and submit it to film festivals. His ultimate dream? To be nominated for an Academy Award and purchased by Netflix for distribution.

“I could relate to Tony’s underdog story,” Hanna said, “and I wanted to give him justice.”