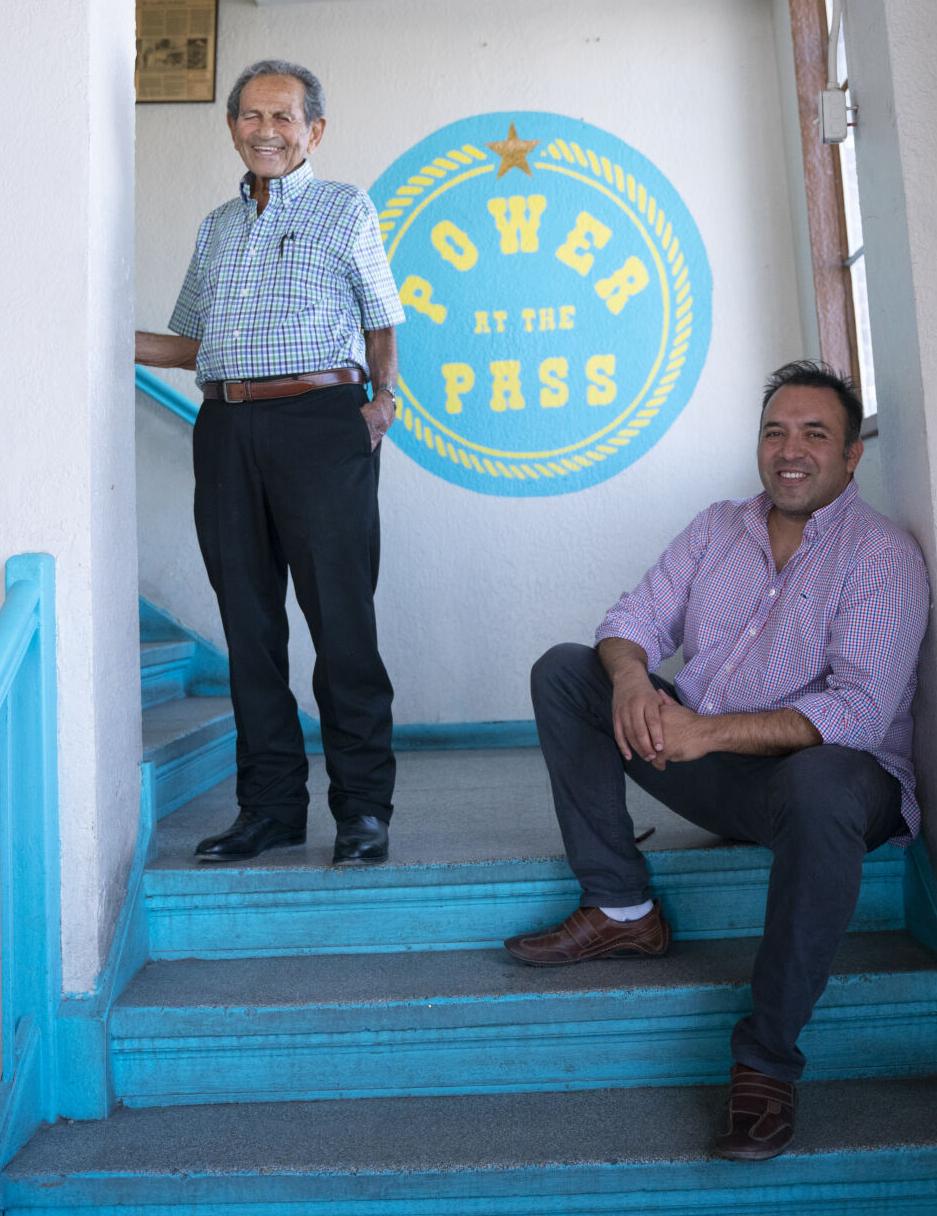 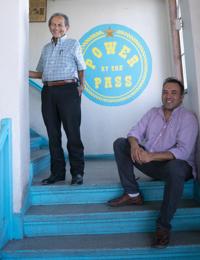 Don Shapiro, left, and Valentin Sandoval are behind the growing Power at the Pass creative hub giving artists and small businesses a home. 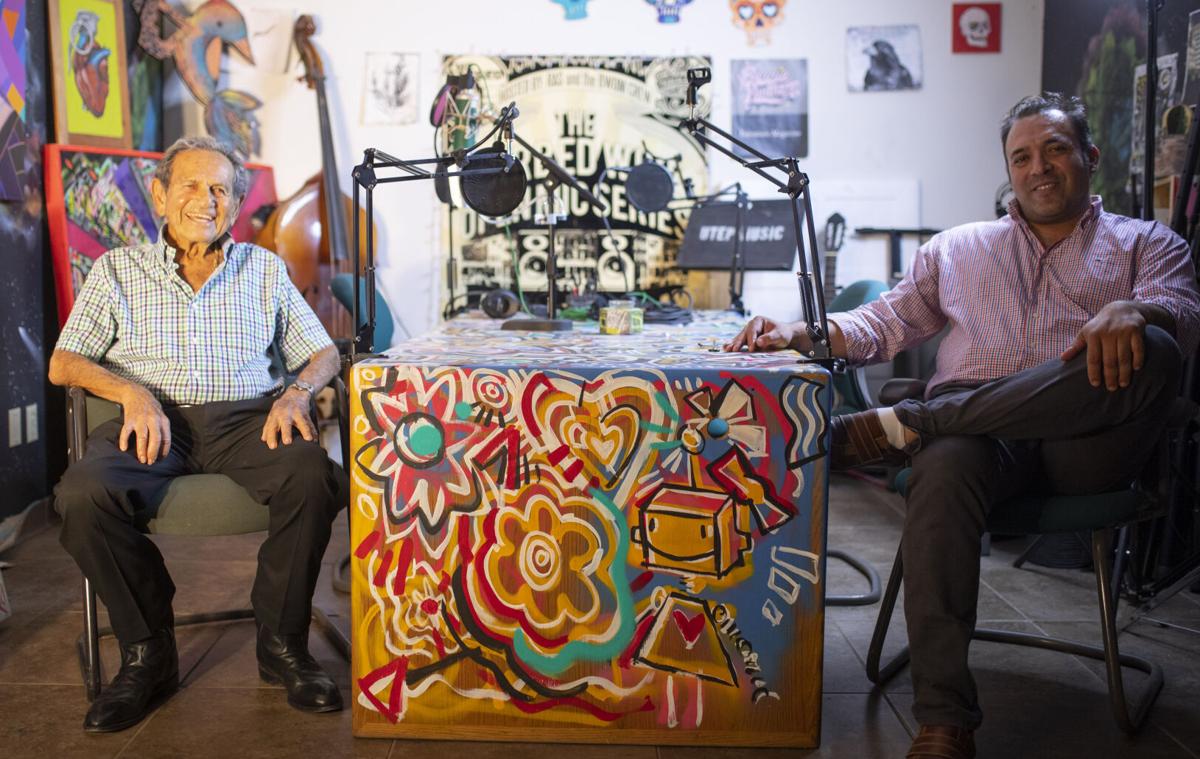 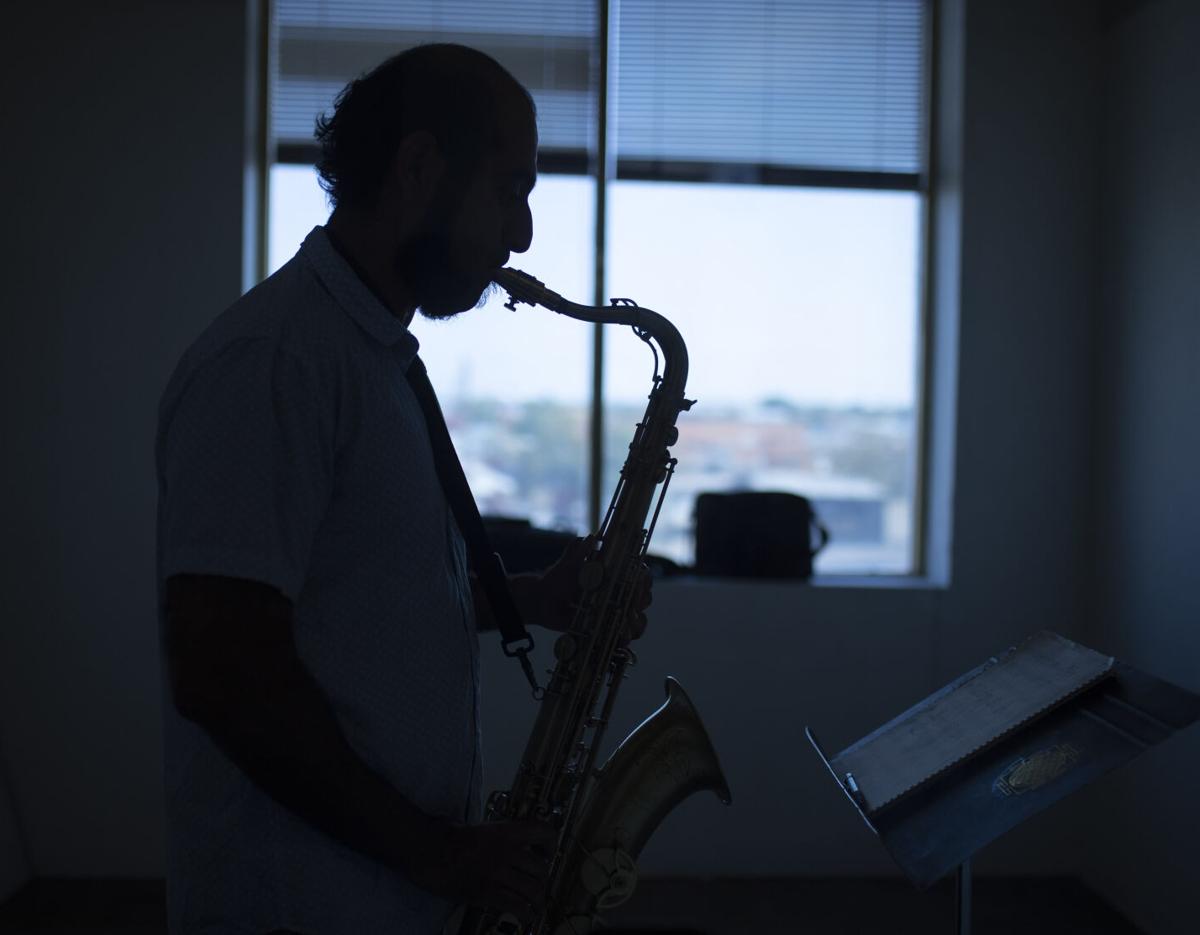 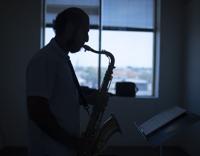 Jazz musician Daniel Rivera is among the tenants at Power at the Pass. 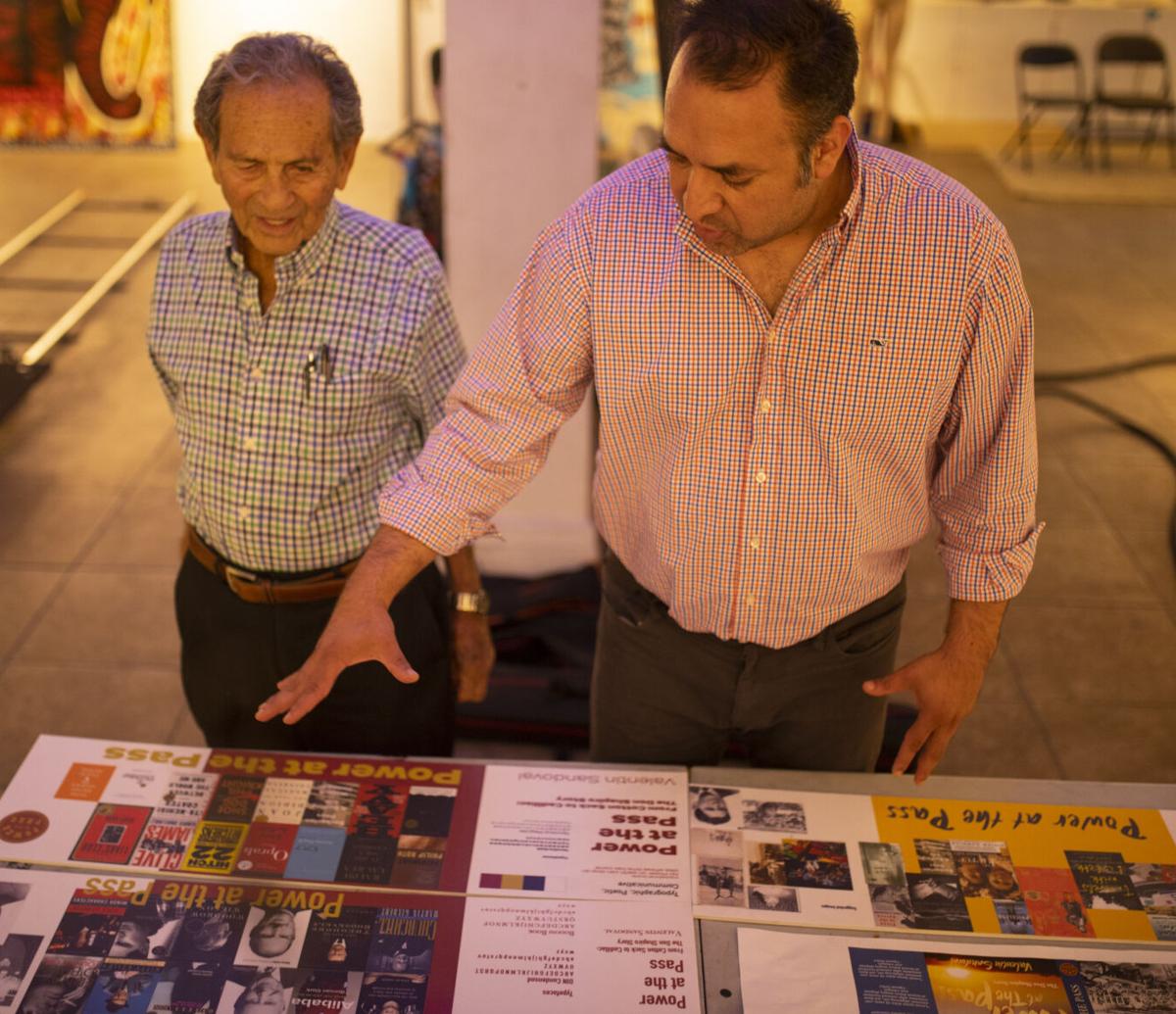 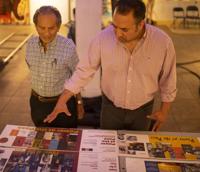 Don Shapiro, left, and Valentin Sandoval look over covers for the upcoming book, ‘Power at the Pass.’

Don Shapiro, left, and Valentin Sandoval are behind the growing Power at the Pass creative hub giving artists and small businesses a home.

Jazz musician Daniel Rivera is among the tenants at Power at the Pass.

Don Shapiro, left, and Valentin Sandoval look over covers for the upcoming book, ‘Power at the Pass.’

In a former Jeep factory-turned jean factory in Central El Paso, an unlikely yet fruitful partnership has been struck by successful El Paso businessman Don Shapiro and borderland  artist and author Valentin Sandoval.

The duo are the founders of Power at the Pass – which they describe as a “video production, content creation and social media marketing company” created in 2017.

Sandoval runs the brand, while Shapiro owns the two-story, 6,000-square-foot building off Myrtle and Eucalyptus streets.

Power at the Pass is an art space, a hub of creative freedom and a garden of intellectual bounty. It’s an upcoming biography and documentary – an account of one man’s success in El Paso.

“We have art shows, music shows, theater shows, all kinds of shows here – normally an event every month,” Sandoval said. “There’s a lot of moving parts within this space.”

Power at the Pass is also now a signature beer, but more on that later.

“We are a combination of business, talent, and the arts,” Shapiro said, describing its 10 spaces as “cubbyholes” available for rent.

Open rooms and smaller cubicle-like areas open opportunities for artists to create, showcase and sell their work with areas open to the public.

There’s a room used to record podcasts and other shows, including the Barbed Wire Open Mic Series; another is home to Evolution Studios, a boutique/barber shop; one houses Forus Skateshop.

Borderland jazz musician Daniel Rivera uses another room as a recording studio; and the local bilingual theater company Los Actores rehearses in the hub’s open spaces before taking its shows to the El Paso Playhouse.

David Mills, president of Shakespeare on the Rocks and producer of Viva! El Paso, said the space is a community asset.

“Val and Don have helped us with marketing and production, they’ve lent us rehearsal space, costume storage space, and we also had a performance there of Miguel de Cervantes’ ‘Entremes x 3,’” he said.

In the middle of one large room is a camera dolly used by cinematographer Lee Daniel on acclaimed films such as Richard Linklater’s independent classics “Dazed & Confused” and “Slacker.”

At 93, Shapiro certainly knows a thing or two about living a fulfilling life.

He founded the El Paso-based jean manufacturing company Action West in 1970, having previously been involved in the garment industry in his native New York City.

It was there that he met Bobbi, his wife of 65 years, and began his adventures in business.

Enter Sandoval, 43, a writer and a filmmaker whose first book, “South Sun Rises,” was awarded the 2016 Southwest Book Award.

Sandoval was looking for a new space to cultivate and market the local art scene.

Shapiro was looking for an author who could properly articulate his story – as well as a new use for his building.

“This building was originally constructed in 1945 to manufacture Jeeps for World War II,” Shapiro said with a unique kind of quiet intensity – like Burt Bacharach’s passionate whisper combined with Leonard Cohen’s resonant gravitas.

Power at the Pass was born – a match made under the sun.

Over the last few years the two have completed the book on Shapiro’s life, and are working on an accompanying docu-series, both titled “Power at the Pass.” The book is slated to be out this fall.

And then there’s the beer.

The hub recently joined forces with the Old Sheepdog Brewery, 3900 Rosa across the street from Galería Lincoln, to create Power at the Pass Lager.

“It’s one of the best beers I’ve ever made. I put a lot of love into it,” Old Sheepdog owner and master brewer Gus Delgado said. “I wanted to make a beer that represents Mr. Shapiro, combining his New York roots, his Russian heritage, and his frontera presence, so it’s a combination of a Czech lager and a Mexican lager – with 4.6% alcohol content.”

The beer is available now at Old Sheepdog, and Sandoval said that they are seeking distribution to sell throughout the region and hopefully nationwide.

Power at the Pass