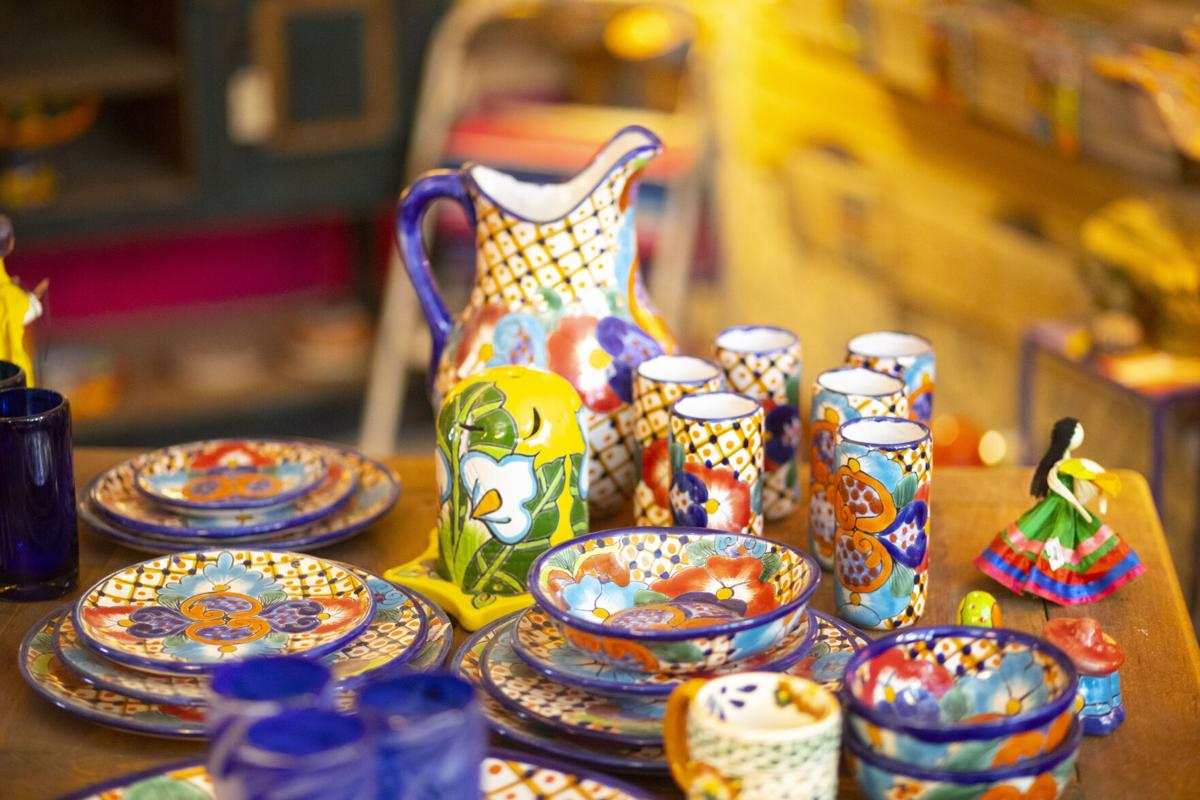 This set is among the items found at El Paso Connection. 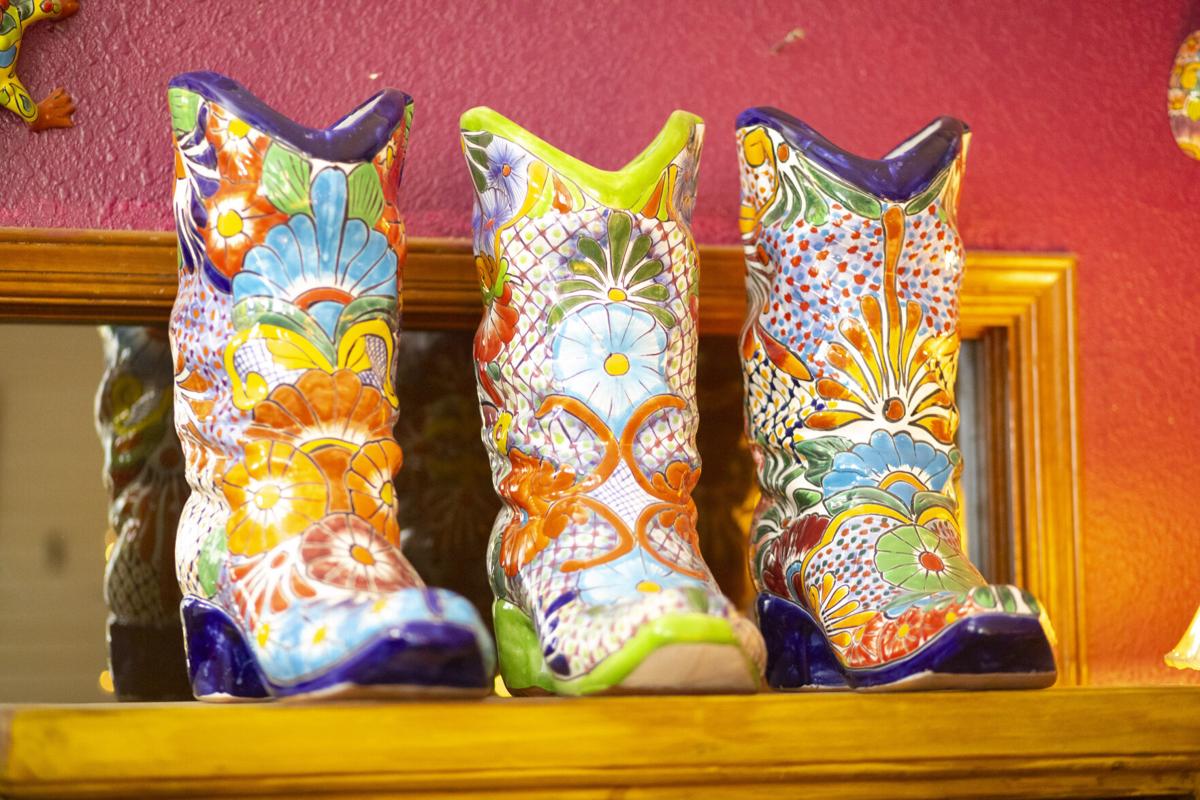 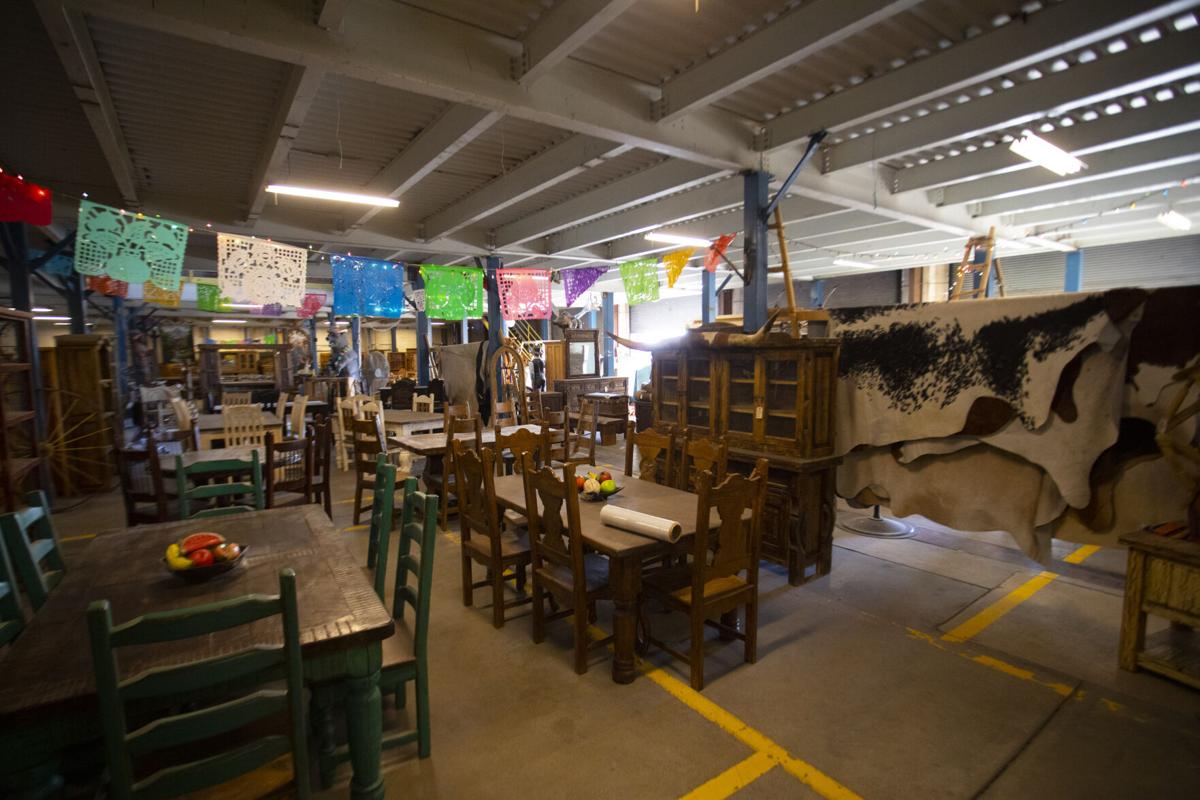 Rustic wood furniture like these kitchen table, chair and hutch sets can be found at the warehouse. 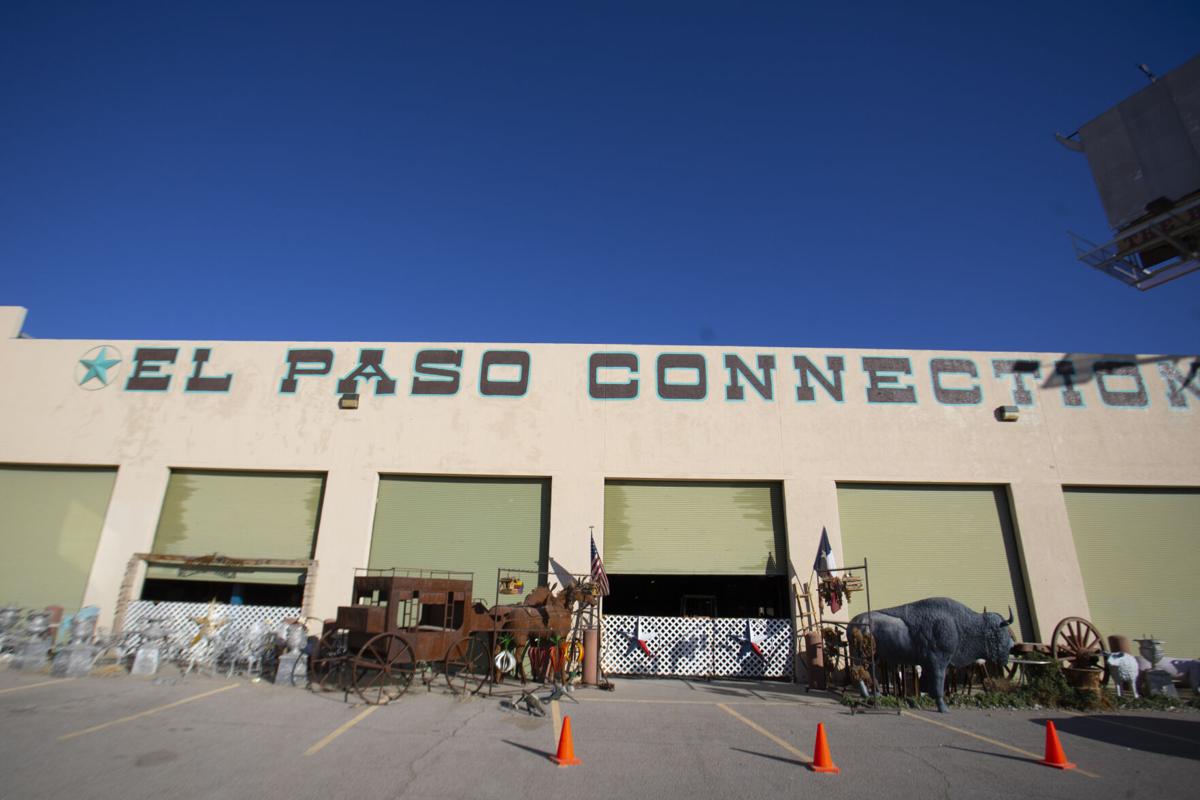 This set is among the items found at El Paso Connection.

Rustic wood furniture like these kitchen table, chair and hutch sets can be found at the warehouse.

The multicolored No. 1 train outside the large warehouse near Horizon Boulevard off Interstate 10 may be stationary, but it still carries a lot of memories.

The train used to be a part of Magic Landing, the beloved amusement park which shut down in 1988 and was eventually razed. In an instance of bittersweet nostalgia, the train overlooks the site of its former home across the freeway as it guards its new station: the El Paso Connection.

El Paso Connection is a warehouse store that sells, well, pretty much everything.

Within a 20-pace walk, one can buy a Jim Morrison-style concho belt, a purse, a sarape, a cabinet made of juniper wood from Northern Mexico, and an unfired rifle made of 24-karat gold.

There’s an entire room dedicated to Day of the Dead items (or I should say “DEADicated”), and a few steps further into the smaller of two warehouse rooms, you can buy hand-painted hides, sinks made of copper or Talavera pottery, a mirror lined with Talavera inlays, an aluminum Christmas tree, or a hand-painted toilet seat.

Looming above it all is a 25-foot tall farm windmill – also for sale.

El Paso Connection was started by Thomas Burks in 1998 after having worked with a similar store in Moriarty, New Mexico, and his idea grew from there.

It started in an indoor rodeo arena off of Horizon Boulevard and eventually moved to its new location when Burks acquired the building from a government auction. He made El Paso Connection a family affair: His daughter, Jerri, manages the store and has done so since her father’s passing in 2012. Another one of Burks’ children – his son, Thomas Jr. – also runs a similar store called Rustic Expressions in Ruidoso, New Mexico.

“It’s a fun job,” Jerri said. “How blessed can you be to come to work and have fun every day?”

Another room adjacent to the bigger warehouse contains a typewriter and a stove that likely dates back to pre-depression America.

Many of Jerri’s clientele are professionals looking to furnish their business or foreigners looking to take a piece of the American southwest home with them.

“We can furnish a restaurant, or we can furnish your living room,” Jerri said. “Every time you reach $1,000 you get a 10% discount. I recently shipped several containers to Sweden for a western-themed bed and breakfast that was being opened up over there.”

In addition to the furniture, trinkets, knick-knacks, clothes, decorations, appliances, and the windmill, the store also contains multitudes of items with history beyond their vendor’s imagination.

On the parking lot entrance, a small metal shed colored blue with a waving Texas flag holds a maroon-colored wagon with gold-colored wheels.

In one corner of the warehouse is a steam trunk that – by the looks of it – probably dates back to the late 1800s. Jerri admits that the trunk’s mysterious history constantly confounds her.

Outside in the yard, next to the train from Magic Landing is a massive wooden sculpture of the Virgin Mary, a disassembled cast aluminum spiral staircase, a washing machine from the turn of the century, and a number of wagons that likely date before that.

Even amongst all that history, the train itself has more history than most people realize. Prior to its time at Magic Landing, it was stationed in Legend City – another now-defunct amusement park that originally attempted to be the Disneyland of sorts for the Phoenix area.

“After Magic Landing closed down, the train sat in a warehouse for more than 20 years,” Jerri said. “My father wanted to put it on display for everyone to see, and now everyone can.”