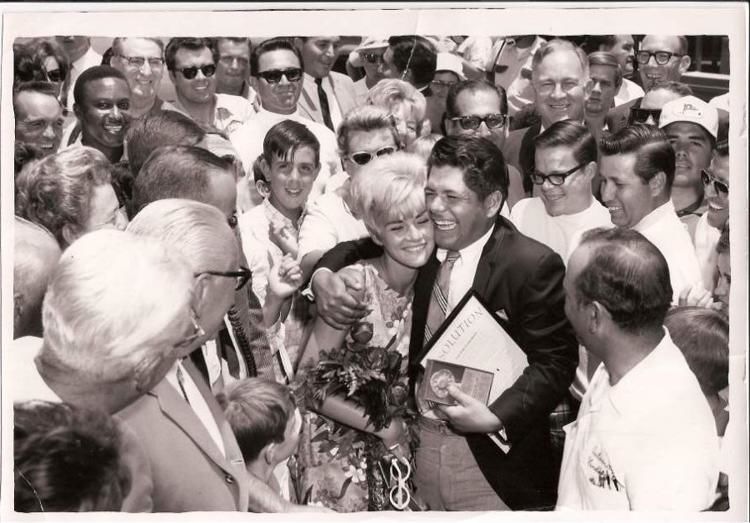 Lee Trevino hugs his then-wife, Claudia, after winning the U.S. Open in 1968. 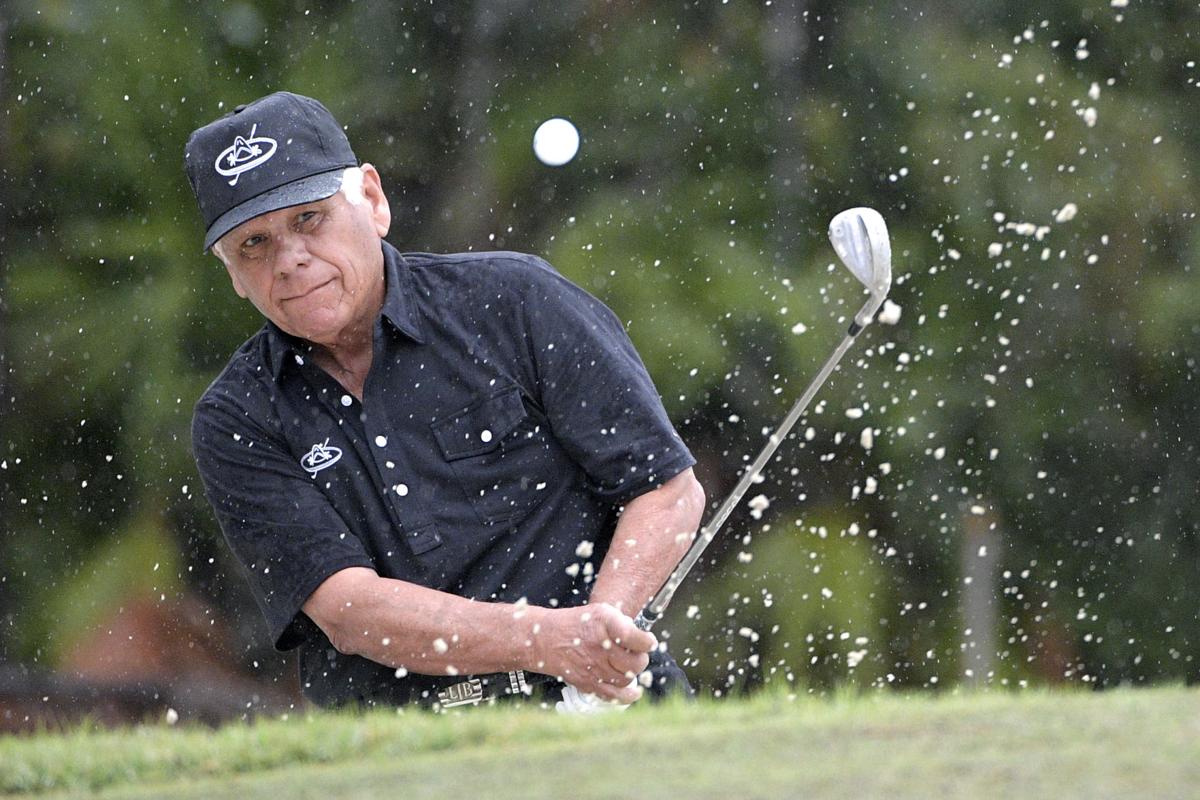 Lee Trevino hits out of a bunker onto the first green during the first round of the Father Son Challenge golf tournament Saturday, Dec. 15, 2018, in Orlando, Fla. (AP Photo/Phelan M. Ebenhack)

Lee Trevino hugs his then-wife, Claudia, after winning the U.S. Open in 1968.

Lee Trevino hits out of a bunker onto the first green during the first round of the Father Son Challenge golf tournament Saturday, Dec. 15, 2018, in Orlando, Fla. (AP Photo/Phelan M. Ebenhack)

My trivia question last week about Lee Trevino winning the U.S. Open in 1965 brought back many pleasant memories.

As legend goes, Trevino was brought to  El Paso’s Lower Valley by Martin Lettunich, a farmer who was tired of being “taken” by other golfers. Trevino had built a reputation of being an outstanding golfer, honing his skills while working at a driving range where he would pick up balls hit by other golfers. He obviously was able to hit many balls himself in his spare time.

Lettunich got him a job in the caddy shack at Horizon Country Club for $30 a week and used him as his partner.

Trevino, loud and brash, lit up the El Paso area like few before him.

I ESPECIALLY remember one incident. In those days, I wore spiked shoes and would change when I got to the course. I would leave my regular shoes in the caddy shack for Trevino to shine. I would tip him a quarter. (Hey, a quarter was real money in the early 1960s.)

After he won the U.S. Open in 1965 and returned to Horizon, there was a big celebration in the clubhouse. I was golf editor at the El Paso Herald-Post then and went there to interview him.

We were at the bar drinking and having fun and I asked him if he would still shine my shoes.

I didn’t ask how much and I laughed all the way back to the office.

BY COINCIDENCE, I was looking through my files and found a column I wrote after he achieved fame. I thought I’d share some of his comments.

ON FAME: “When I started winning, people followed me every place. I signed autographs on shoes, chests, hips. Once I even signed on a dog’s collar. One lady came up to me in a restaurant and asked me to sign a $5 bill. She told me, ‘I promise I’ll never spend that $5 bill.’ Later I paid my tab with a $20 bill and would you believe I got my $5 bill back with the change with my name on it?”

ON SHAKING HANDS: “Everybody wants to shake hands with you. You get knuckle-crunchers, two hand types, all sorts. All the pros will tell you they kind of just meet hands when they shake. I never wear any rings for that reason. Once I went to a cocktail party and taped my hand to keep people from breaking it.”

ON HOW MONEY can bring problems: “We built a new house, but I told my wife not to bother me. Just get it built. I’ll play the golf. So she did and moved one day when I was playing. When I came home I couldn’t find the house….”

ON TALKING TOO MUCH: “Everybody who talks as much as I do is sure to stick his foot in his mouth. Maybe I’m too honest. When a person asks my opinion, I give it to him. Look, don’t get me in trouble with these things I’m saying. but then, a fine is deductible. Hell, I’m always in trouble.”

TRIVIA QUESTION: How many PGA Tournaments did Trevino win? Answer at end of column.

WOW, WAS THAT some performance by the UTEP basketball team in beating Texas Tech 70-60 on Oct. 12. I was especially impressed by fiery Daryl Edwards, who led the Miners with 24 points.

Veteran sports journalist, historian and author Ray Sanchez welcomes suggestions for his column.  Contact him at at (915) 584-0626, by email at rayf358@yahoo.com or at raysanchezbooks.com.