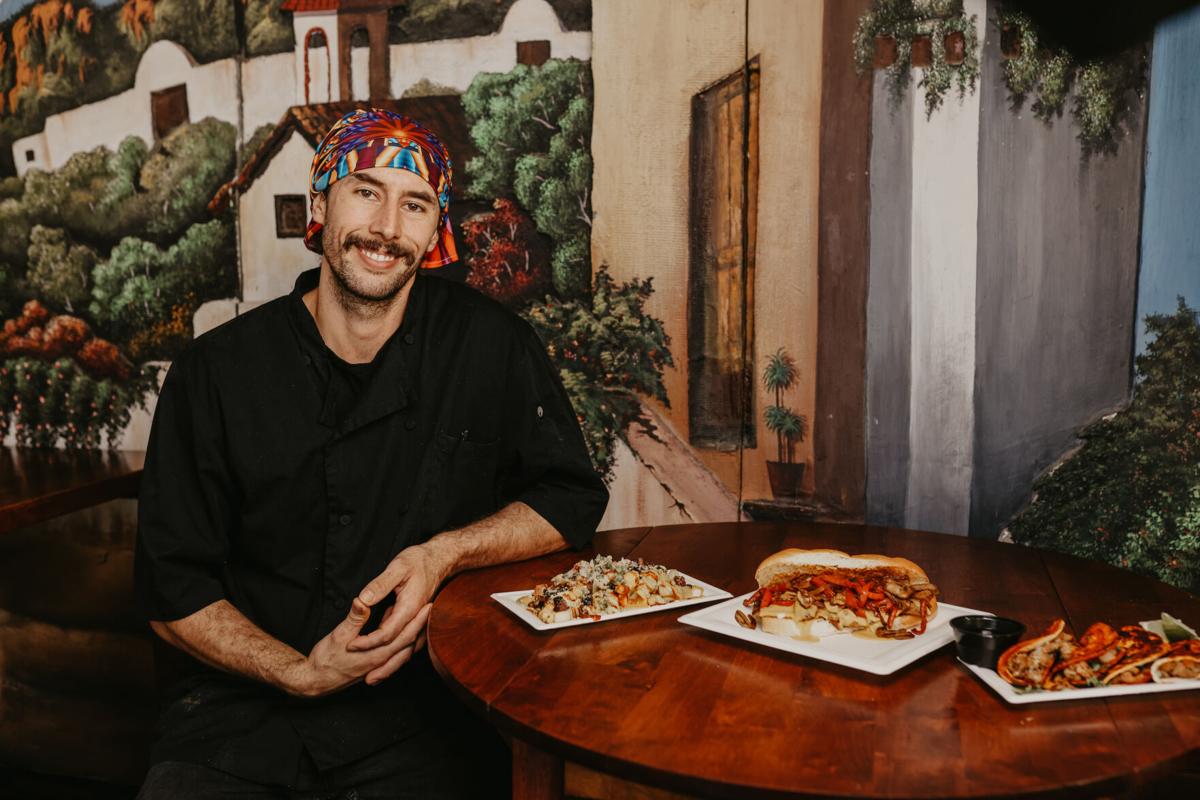 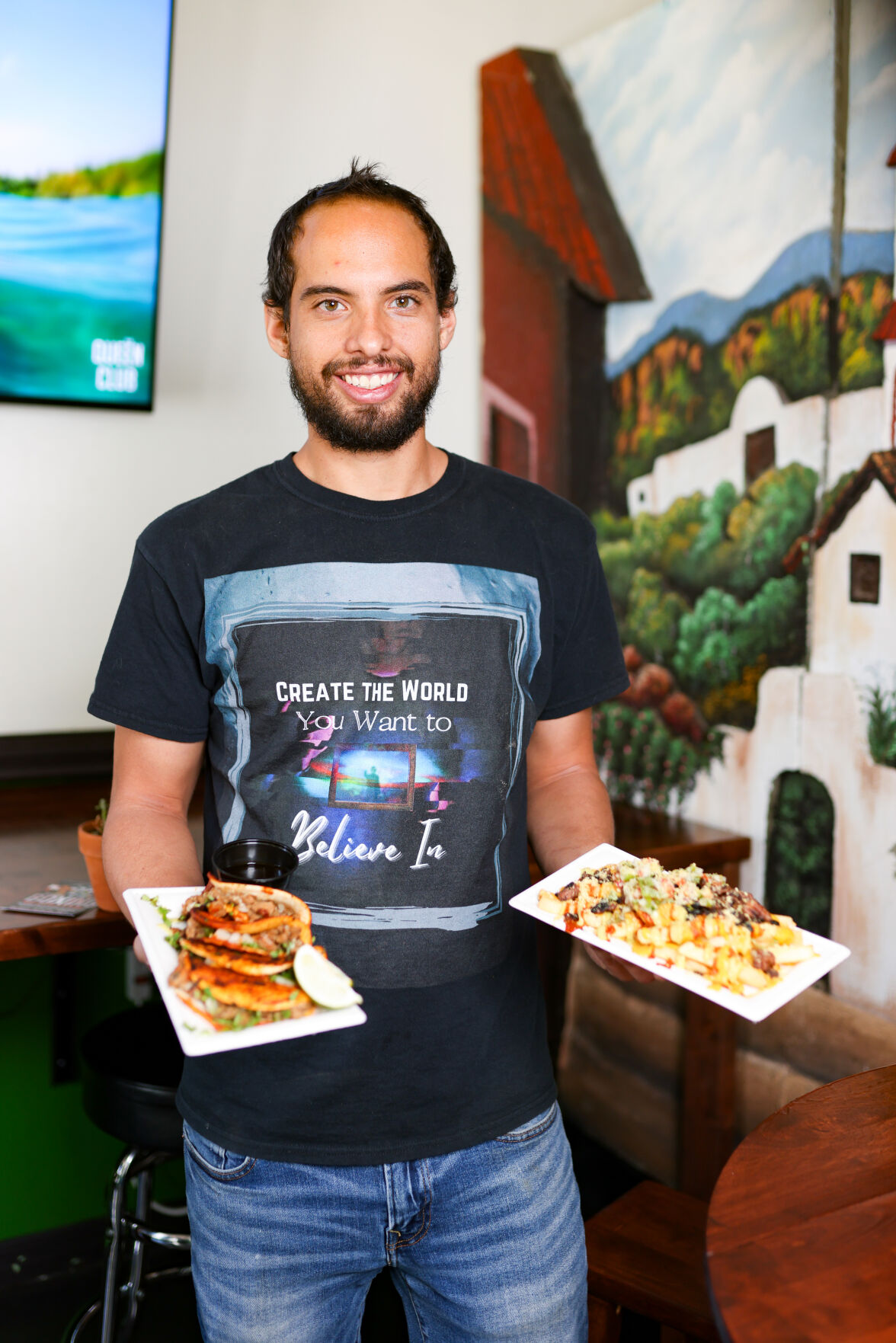 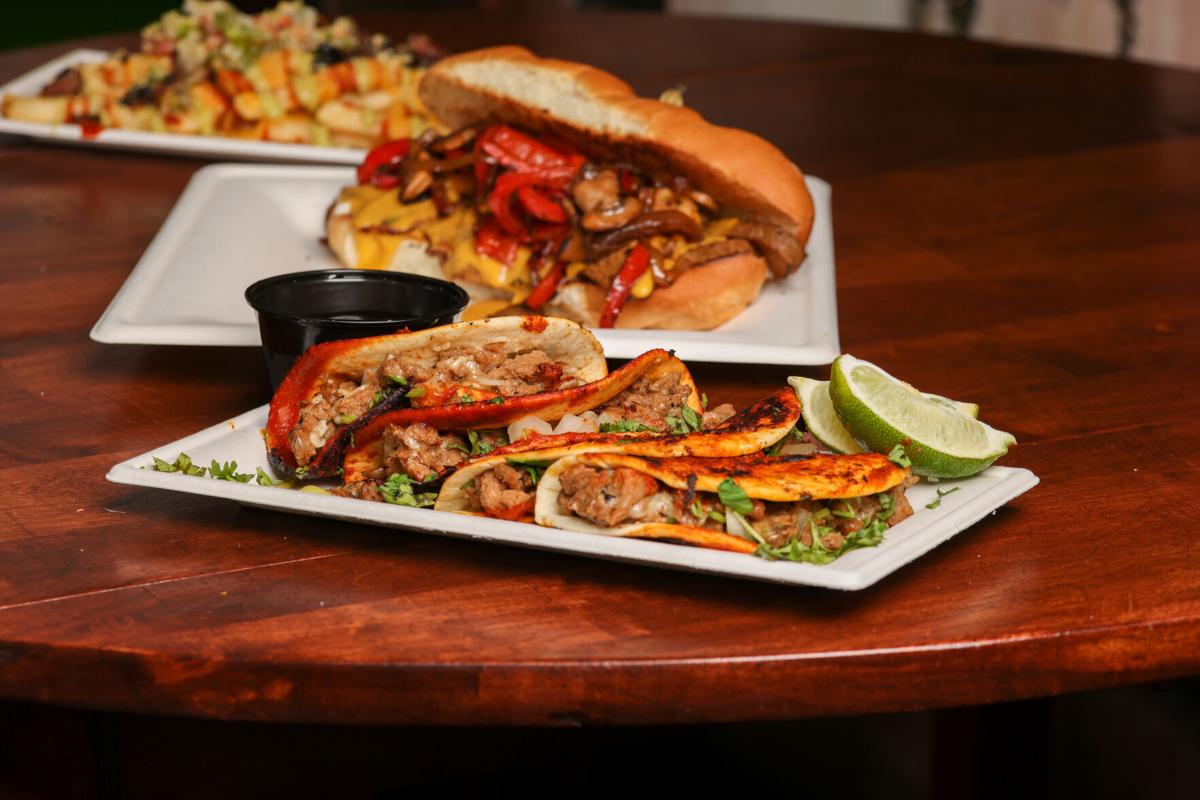 In the corner spot of Downtown’s Cortez Building, next to the large stone U.S. Post Office, is a small cafe with a mix of glass and wood tables, large windows looking out to the alley, and an array of burgers, tacos and sandwiches – all flavor-packed and plant-based.

Storm Craig, a New Jersey transplant who opened the storefront eatery two months ago with business partner Josh Stokes, said they hope their venture will satisfy the health-conscience vegan palate and contribute to a growing alternative metro vibe in El Paso.

“We definitely want people to feel better. We want them to have a variety of food options and, overall, we just want to try to make the community healthier, mindset-wise and food-wise,” Craig said.

The menu has all the comfort foods – burgers and fries, cheese steaks, tacos and mac and cheese.

But they’re prepared with a creative vegan protocol that accentuates the plant-based ingredients with spicey herbs. Their “meats,” for example, are typically tofu curls, hydrated to sear in a hearty flavor, and accompanied by a medley of seasoned natural sauces and veggies.

“If you’re going plant-based, this place is a really good option. It’s a solid choice,” said Cesar Arrellano, a 26-year-old El Pasoan who frequents Grown Together. “El Paso doesn’t really have too many vegan restaurants, so it’s good to have this one.”

He was standing in line waiting to place his order with Jacob Herrera, a tall, friendly server with tattoo work and flared earlobe gauges.

“They have taken things to a whole new level,” said Herrera. “When people come in, they notice the creativity. It’s not just the same thing. They’re taken by the flavors. Really, the food speaks for itself. Once people have it, they keep wanting it.”

Brandon Bloxdorf and his fiance Carolina Corral were eating vegan tacos at a table in the corner, her a punk rock enthusiast and him a writer and podcaster for Apollo City Comics Podcast.

“This is the first time we’ve had their tacos. They are awesome,” said Bloxdorf.

The two said they have been vegan for more than two years.

Craig said that Grown Together is a good option not just for active vegans but also for those who are interested in trying a vegan diet.

“The restaurant itself is the introduction to what a vegan restaurant has the capabilities of doing,” he said. “That’s why we introduced new things every week.”

A key motivataton for him, he said, is that people understand that the vegan diet will not limit their meal options.

“On this planet, there are over 80,000 edible plants. So why focus on just three animal products – chicken, pork and beef? Once you go to the plant-based diet, you realize that it is not limiting at all. The limitation is actually eating the same three animals everyday,” he said.

He describes the restaurant as an ambassador to the vegan diet. As part of that, he and Stokes offer a nontraditional perk.

“We have a money-back guarantee. For any interaction we have, if you come in and don’t like it, we’ll refund your money, no problem.”

They made this part of their business plan because they don’t want to end anyone’s journey into a vegan diet.

“We don’t want your first impression going to a vegan restaurant to be a negative one. Even if you didn’t enjoy it here, we want you to know that there are other people with vegan places out there who are doing fantastic jobs.”