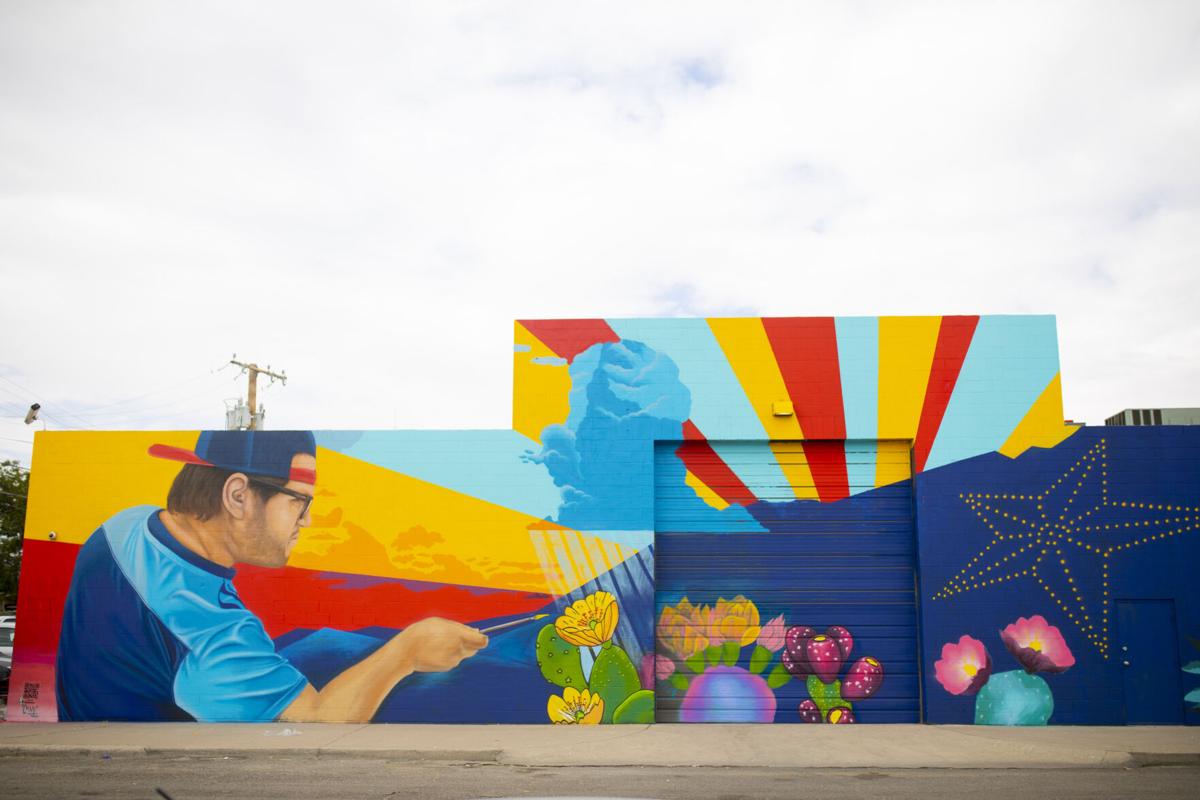 This mural by Jesus ‘Cimi’ Alvarado at Texas Street depicts fellow artist Patrick Gabaldon, who was honored as a ‘Local Star’ by Estrella Jalisco for his contributions to the community. 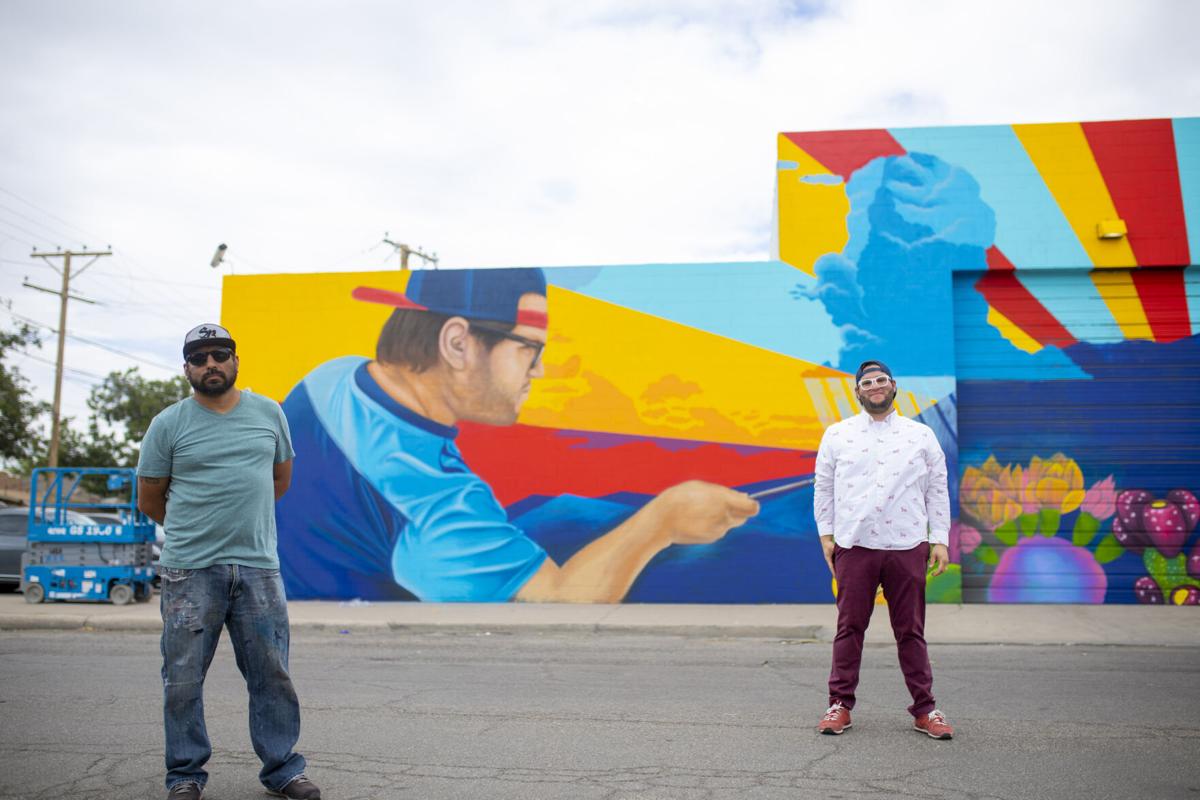 This mural by Jesus ‘Cimi’ Alvarado at Texas Street depicts fellow artist Patrick Gabaldon, who was honored as a ‘Local Star’ by Estrella Jalisco for his contributions to the community.

Whether it’s drawing the colorful prickly pears that bloom in the Chihuahuan desert, light-hearted caricatures of public figures, or somber tributes to victims of violence, the El Paso native puts pen to paper to capture moments in time and support causes in which he believes.

He has donated his artwork to help various social justice programs and initiatives, including the Boys and Girls Club of El Paso, the Humane Society of El Paso, shelters for migrant children, the El Paso NAACP in support of Black Lives Matter, and programs that promote LGBTQ rights.

After the Aug. 3, 2019, mass shooting in El Paso, he led a group of artists who came together to create and sell art to raise funds for the victims’ families – and his artwork became a symbol of hope in light of the tragedy.

Gabaldon has also not been shy about his support of El Paso politicians, with his work depicting former U.S. Rep. Beto O’Rourke and U.S. Rep. Veronica Escobar during their time in the national spotlight.

Now Gabaldon is the subject of a larger-than-life mural at Tovar Printing, 1230 Texas, honoring him as a “Local Star” for his community service.

The mural depicts Gabaldon – wearing his favorite UTEP hat and El Paso Locomotive FC shirt – with his paintbrush at hand touching up some flowering prickly pears at the foot of the Star on the Mountain.

“We all give back in ways we can,” Gabaldon, who is also an assistant district attorney, said on Twitter. “My great hope is this mural inspires others to reach back and give to their communities in whatever way you can.”

The Mexican beer brand is commissioning artwork in 100 cities, pledging $1 million for murals in California, Arizona, New Mexico and Texas to honor residents going above and beyond to improve the lives of others in the community.

‘We all give back in ways we can.’