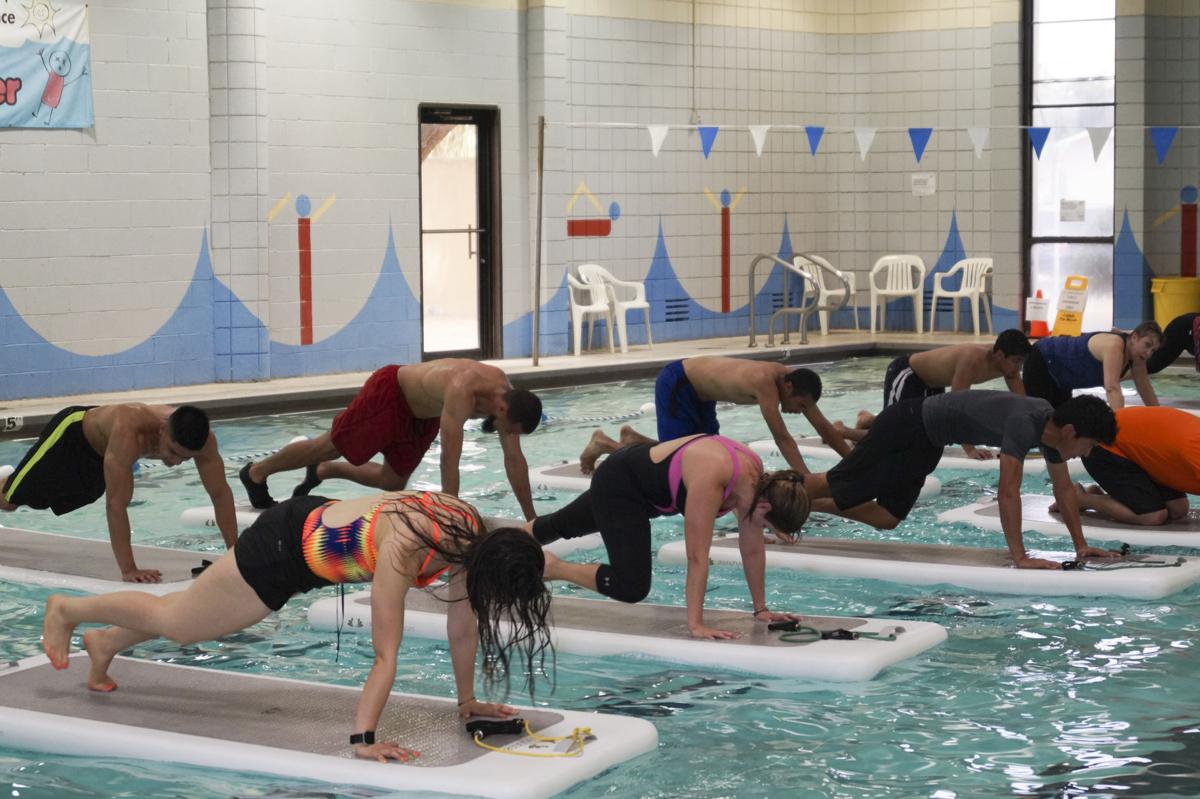 The YWCA’s FloatFit improves coordination and balance while strengthening your core. 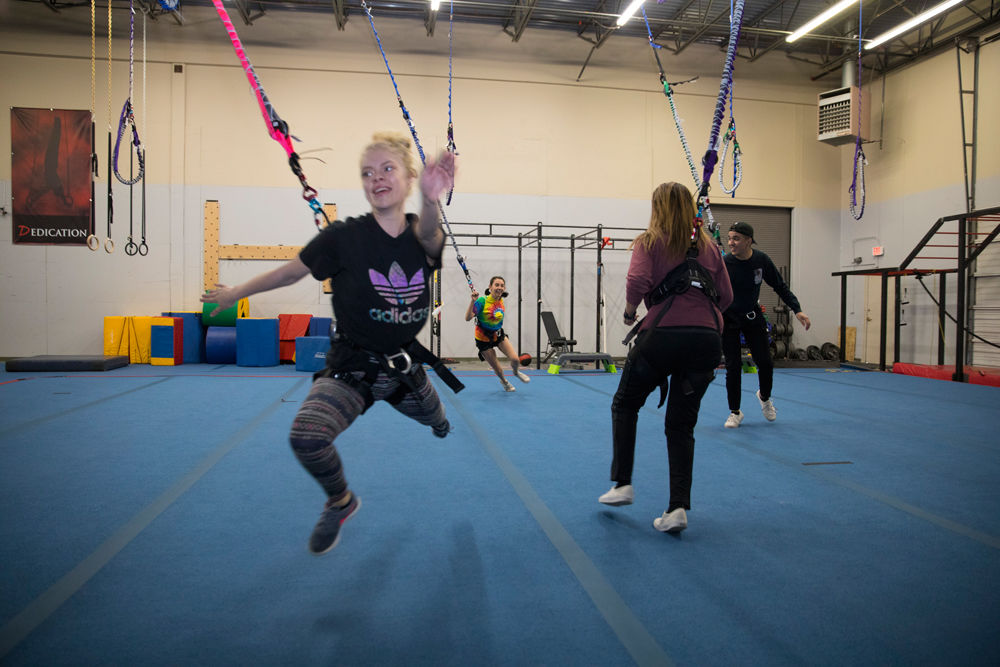 The YWCA’s FloatFit improves coordination and balance while strengthening your core.

If you’re ready to think outside the box for your workout routine, we’ve compiled a list of unconventional ways to get fit.

An innovative way to pump up your cardio off the ground is with FloatFit. The YWCA El Paso del Norte Region is the only facility in the city that offers the classes to the public.

“It’s like doing calisthenics land exercises but on an inflated board in the water,” fitness and aquatics administrator Matt Doherty explained. “That improves coordination and balance while strengthening your core. It’s also pretty fun.”

YWCA marketing manager Kayla Suarez said the nonprofit decided to add FloatFit to its exercise offerings about a year ago.

“We wanted to have something totally different,” Suarez said. “Around New Year’s people set these fitness goals, but if you hate it, you’re setting yourself up for failure. If you can find a class that’s challenging and fun, where people are falling in the water and laughing at first and then able to jump, turn and land, then that’s very rewarding.”

The classes are offered at the Shirley Leavell Branch, 10712 Sam Snead, and the Central Branch, 1600 Brown.

Check out Vegas Stiletto Fitness with Iryss for a sultry workout alternative: Exercising while balancing in high heels.

“Wearing heels adds another dimension. You really have to think about your balance,” said instructor Iris Ramirez. “You’re learning the different walks, doing squats and dances, and trying to balance at the same time.”

She has been teaching the monthly classes, called Ladies Night Out, for about seven years. She said her classes offer working women and mothers a reprieve and chance to blow off some steam while getting fit.

Ramirez said the benefits of the two-hour class go beyond getting mega-quads.

“A lot of the mentality I get is you don’t have to teach me to dance sexy for my man,” she said. “But the ladies change so drastically between classes. They empower each other and really start loving themselves.”

She has opened the classes to guys who like to “wear heels, aren’t creepers and are willing to participate” and drag queens. Information: facebook.com/FitnessWithIryss

Defy gravity with bungee aerobics, which combines cardio exercises, aerial dance and a bungee cord. Part of the benefit of the exercise lies in the resistance created by the bungee cord.

“It looks like fun and games, but actually the people who do it really break a sweat,” said Pat Ellison, co-owner of Abilities Bungee Fit. “Some people leap into the air and go against the resistance of the bungee and do some Superman stuff, and some don’t have to jump as far up.”

Ellison’s interest in the exercise was sparked by watching videos online. Because the technique was so new, she had to find a special fabricator to manufacture the bungee cords.

She said the classes are great for people of different ages and fitness levels because while the cords offer resistance, they can help put you back on your feet after lunges and pushups. The facility’s $20,000 spring floor also adds some extra bounce.

For more information, go to facebook.com/BungeeAerobics

Why not elevate your regiment with some aerial yoga, a type of yoga that incorporates silky hammocks suspended from the ceiling, which are used by practitioners to strike yoga poses.

“These classes are for people who are willing to try something new and exciting,” said Nashyelli Elena Hernandez, owner of AeroZen Yoga on the Eastside. “It’s more an experience than a workout, and people want to come to the class because we’re always doing something different.”

Hernandez traveled to Madrid, Spain, to attend the Aero Yoga Institute where she received her certification in aerial yoga.

The practice is inspired by traditional yoga and aerial dance. One of the benefits of this type of anti-gravity workout is how it engages the core muscles, which are used to balance.

The practice is also easier on the body. Goodbye sore joints!