Sign Up
Log In
Purchase
You are the owner of this article.
Edit Article Add New Article
You have permission to edit this article.
Edit
News
Calendar
Lifestyle
Opinion
Special Projects & Pubs
Obits
Legals
Book of Lists
Advertising
Subscribe
Reprints
1 of 3 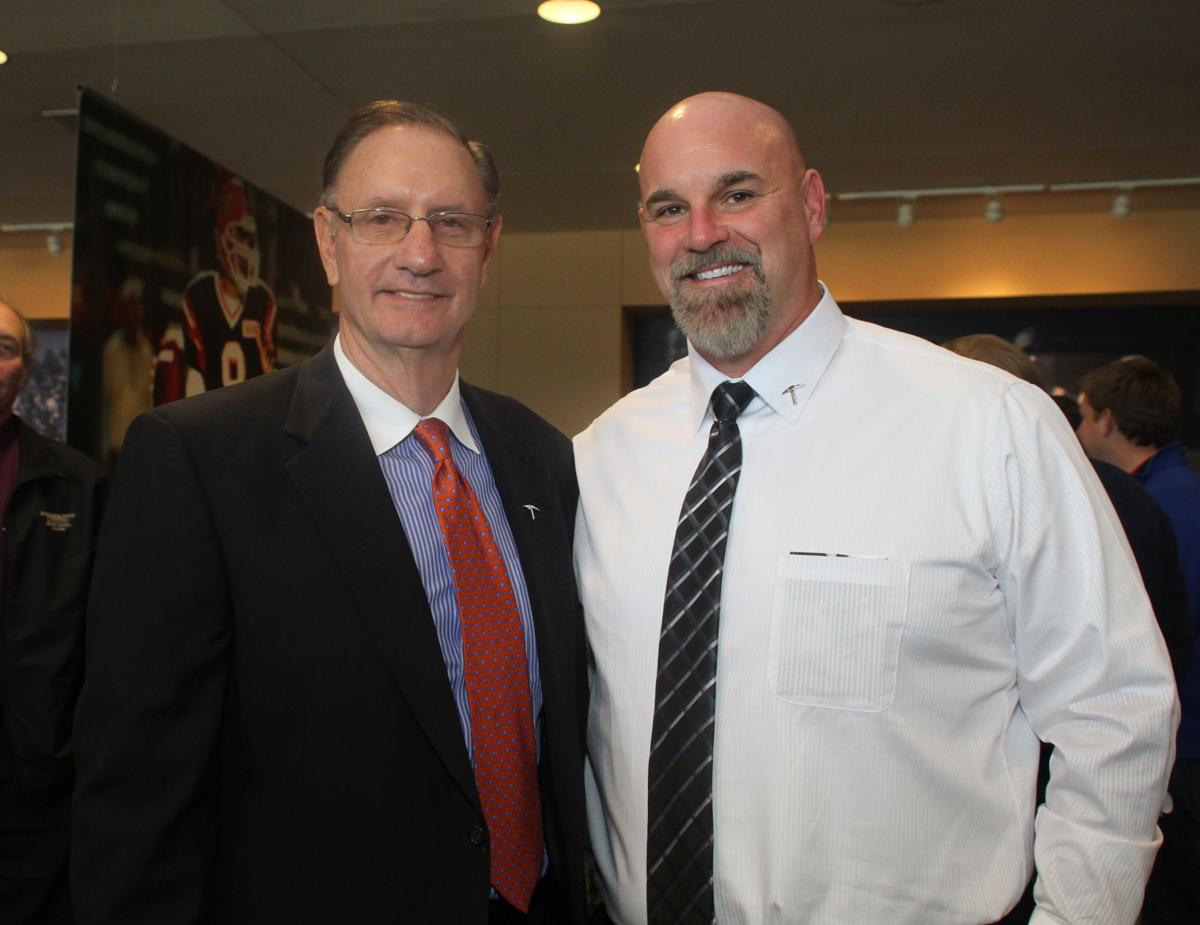 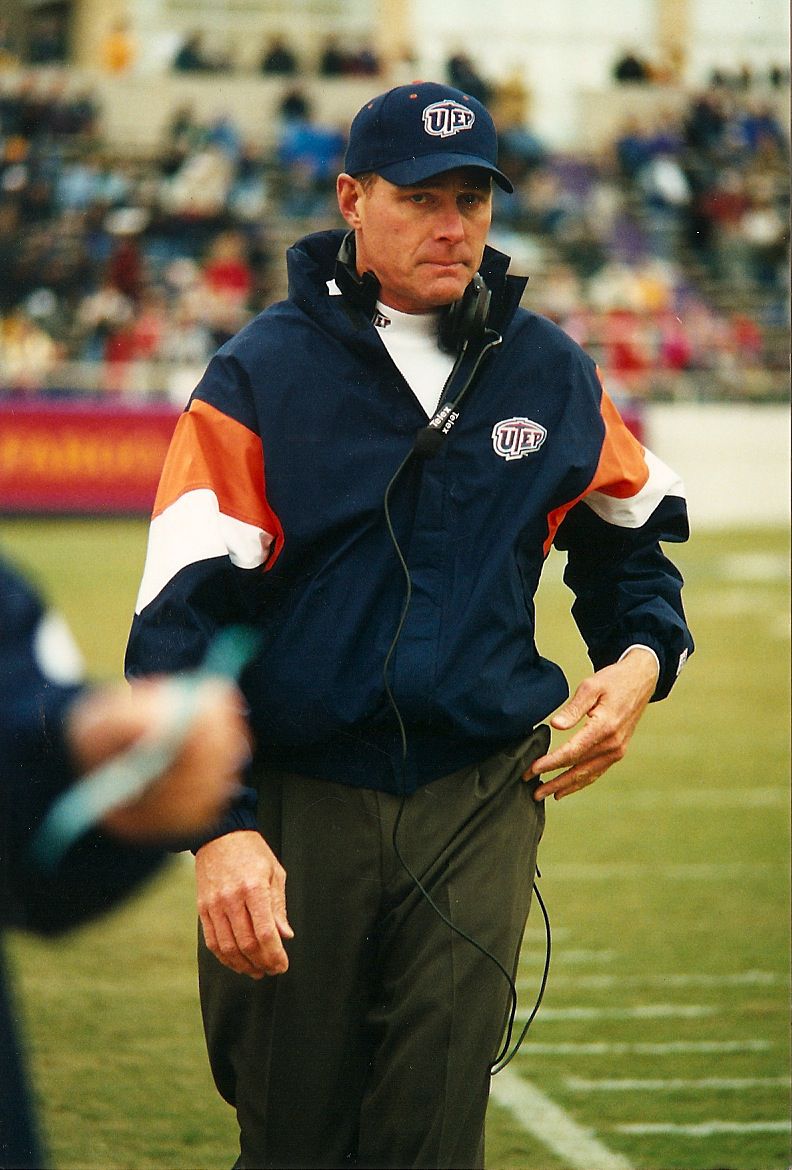 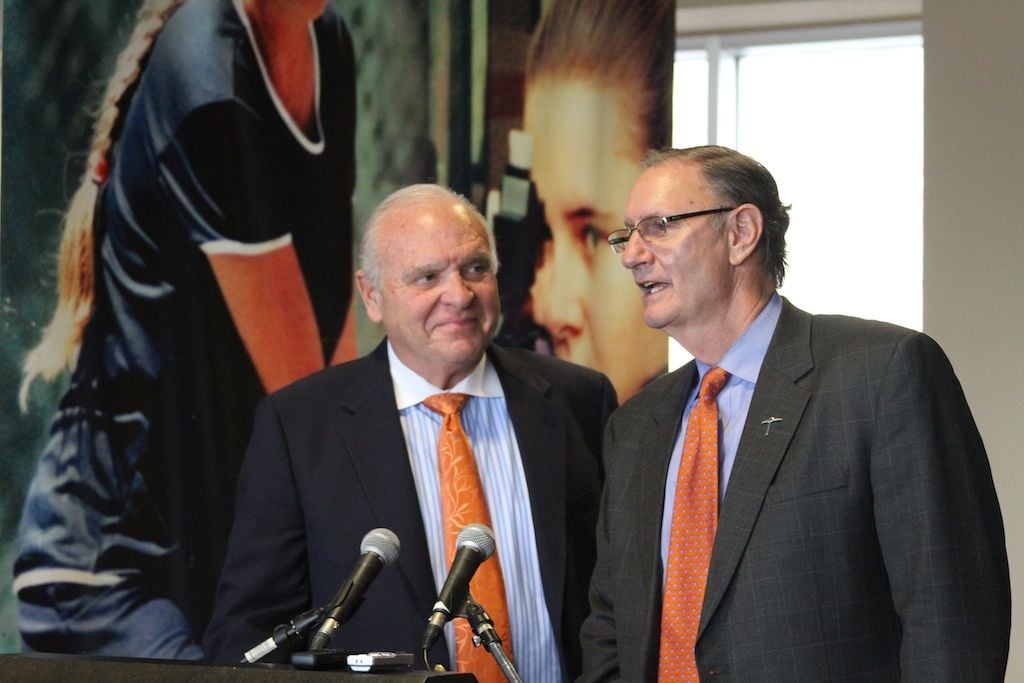 I sort of feel sorry for Bob Stull, UTEP’s athletic director. Just about every coaching selection he’s made for football or basketball since he took his present job in 1998 has been hailed as brilliant.

Charlie Bailey was the football coach when Stull took over. Stull’s first hire in football was Gary Nord, who was an instant success. In 2000, he won eight games, tied for the Western Athletic Conference championship, took the team to a bowl game and was hailed throughout the city.

ENTER MIKE PRICE. He, too, was an instant hit and hiring him was considered a great feather in UTEP’s cap. After all, he had been a national College Coach of the Year at Washington State and had been hired by Alabama. In his first two years, he won eight games each season and was the toast of the town.

He followed that up with six straight losing seasons.

THEN CAME Sean Kugler in 2013 with a résumé that would make any college athletic director’s mouth water. Not only had he been a star player with the Miners, but he also had wide experience in the National Football League. He had been an assistant coach with the Detroit Lions, the Buffalo Bills and even the Pittsburgh Steelers. A sure-to-be winner with the Miners, right? Wrong.

NO, IT’S NOT the fault of football coaches Stull has hired that has made the Miners losers on the gridiron. It’s the situation UTEP finds itself in – and that situation is isolation.

We are so far removed from major cities, major markets and major news centers that few of the better athletes want to come here. Which means that our football teams are going against bigger, stronger and faster players in game after game.

THE SOLUTION? Some say we should have stayed at our same level of competition and never left the Western Athletic Conference.

But I can’t blame Stull for wanting to improve the school’s status and competition and moving the Miners into Conference USA. It means more and better exposure for our players and our teams – and more money for UTEP.

THE OTHER major sport at UTEP, basketball, has been competitive, but that’s a different story. It takes many fewer players to fill a team in basketball and that means more good players are available.

And Stull has had much success in finding good coaches for that sport, too. That they haven’t stuck around long is not his fault. He’s lost most of them to those bigger and better paying schools.

Stull’s first hire in basketball was Jason Rabedeaux. Then came Billy Gillespie, Doc Sadler and Tony Barbee. The last three produced outstanding teams and each took the Miners to the NCAA Tournament.

And finally, there’s the present coach, Tim Floyd. You couldn’t have asked for a better résumé. He had been late UTEP coach Don Haskins’ assistant and had even coached the Chicago Bulls, for goodness sake.

He hasn’t made it to the NCAA Tournament yet, but has produced winning teams.

ALL IN ALL, Bob Stull has been quite an asset to the University of Texas at El Paso. Before he took over as athletic director, he coached the football team to its winningest season ever, 10-3.

And as athletic director, he has not only hired highly qualified football and basketball coaches, but has also hired good coaches for other sports.

In addition to all that, he’s greatly improved the athletic facilities to heights not even imagined before.

I highly admire the man.

Kugler was the wrong hire for UTEP. He was the safe hire, and to an extent the cheap hire. But, he knew nothing of the southwest recruiting base, most importantly Texas. Sure, Kugler was a safe hire in that he would not bolt for another job, but as a mid major program you have to be able to take a risk with potential hires. UTEP should have gone after an assistant with ties to the Big12, who knows Texas, who is aware of Texas high schools and spread offenses. It's a shot in the arm the program needed. Kugler is a nice guy and you can't beat on Stull for giving him a shot, but UTEP really needs to step up and try and take this program to a different level.

I am not sure I agree with your article at all. Actually, I think the mentality expressed in your article is the biggest problem with UTEP sports. Not only do you not expect excellence, you do not even expect mediocrity. Your article wants to pat the AD (and his predecessors) on the back for having 6 winning seasons in the past 44 years. You want to use location, money, and every other excuse as to why UTEP has losing seasons year-in and year-out.

The mentality in the article above IS the reason why UTEP football is notoriously bad. Yes, you are in west Texas, in a small market, but guess what Boise State is not a large TV market either. Boise State does not have the resources of a Big 10, SEC, or Pac 12 school. Boise State will always be a stepping stone to larger programs, just like a successful UTEP coach (a la Billy Gillispie). However, Boise State has different expectations to win and be successful and I believe that expectation is with the fans, administration, and coaches.

They have created a culture of winning up in the frozen north of Boise, Idaho. We are much closer to the recruits in Texas, have a more temperate climate, and similar resources. The right administration, support, and coaching could change the paradigm, but until that change is made 2-10 seasons will be the norm, not the exception.

Since 1970, UTEP football has had approximately 3 presidents, 6 ADs, 10 coaches, 1200 plus players: Program still loses. Changing faces will not change result. Forget Boise Analogy. If following Boise blue print was that easy, why can't Vandy, Iowa St or Minnesota win? Why can't all the faceless mid-majors follow the Boise model to prominence? The reason - it's not that simple. Boise draws LA-Cal recruits, big money in state with 2 teams. No one wants to stay or come to El Paso (not even Helen of Troy or Western Refining) Fair comparison: UTEP to NMSU and UNM- all three are basically terrible in football - no money, no recruiting base, facilities antiquated, coaches salaries ridiculously too low, no big money alumni, no tradition. But even with Big $, no recruiting base on border and geographic isolation will prevent winning. Kugler lowest paid D1 Coach in nation. Plus no recruiting budget and assistants leave due to low pay. George Halas,Ara P, Bear Bryant or Vince Lombardi could not recruit to El Paso. I know it is terrible to be "out of contention" by mid September but at least we have nice weather, great Mexican food and cold beer. But comparing UTEP to Boise - please - really? Conference USA is more dysfunctional than the Kardashans and no draw for any kid, no rivalries and we have teams in Florida(?) in our conference. I am a season ticket holder forever and if my life depended on naming every team in Conference USA or one other head football coach in the league, I would die a slow pitiful death. Like the certainty of the August tropical rains in the Gulf, UTEP will ALWAYS lose football games. That is what we do. The same reason you don't go to Wal-Mart for wedding gowns and tuxedos. Because THAT IS NOT WHAT THEY DO. Just like that, UTEP DOES NOT WIN FOOTBALL GAMES and that is just the way it is. If that fundamental fact makes you angry, mortgage your home, sell your furniture and your car and cash in your 401K and donate it to the UTEP Football team today because beyond not having recruits,depth, tradition or a bowl game win since the Tet offensive, UTEP has no money. They are broke. The Sun Bowl has the same urinals since the stadium was originally built and those metal bleachers have been there since the 70s. So please for the sake of anyone who has ever attempted to answer the question of why UTEP loses football games - STOP using the Boise analogy. It is ridiculous. Go UTEP - Go Miners- despite it all I will always love you.

UTEP Athletics is in shambles! Under Stull's watch,we have seen demotion after demotion in quality of competition. From the old WAC to the new WAC to the old CUSA and now an even weaker new CUSA, We play weaker and less desireable opponents.The Sun BOWL continues to fall apart under UTEP'S care and the basketball arena could use some help also. From the day, Mack Rhoades left,the fan base has continued to erode, due to arrogance and neglect by Mr. Stull and Mr. Parks.El Paso deserves better, time for a younger, energetic person that treats UTEP Athletics like his own business. '' I don't suceed, I don't eat ''