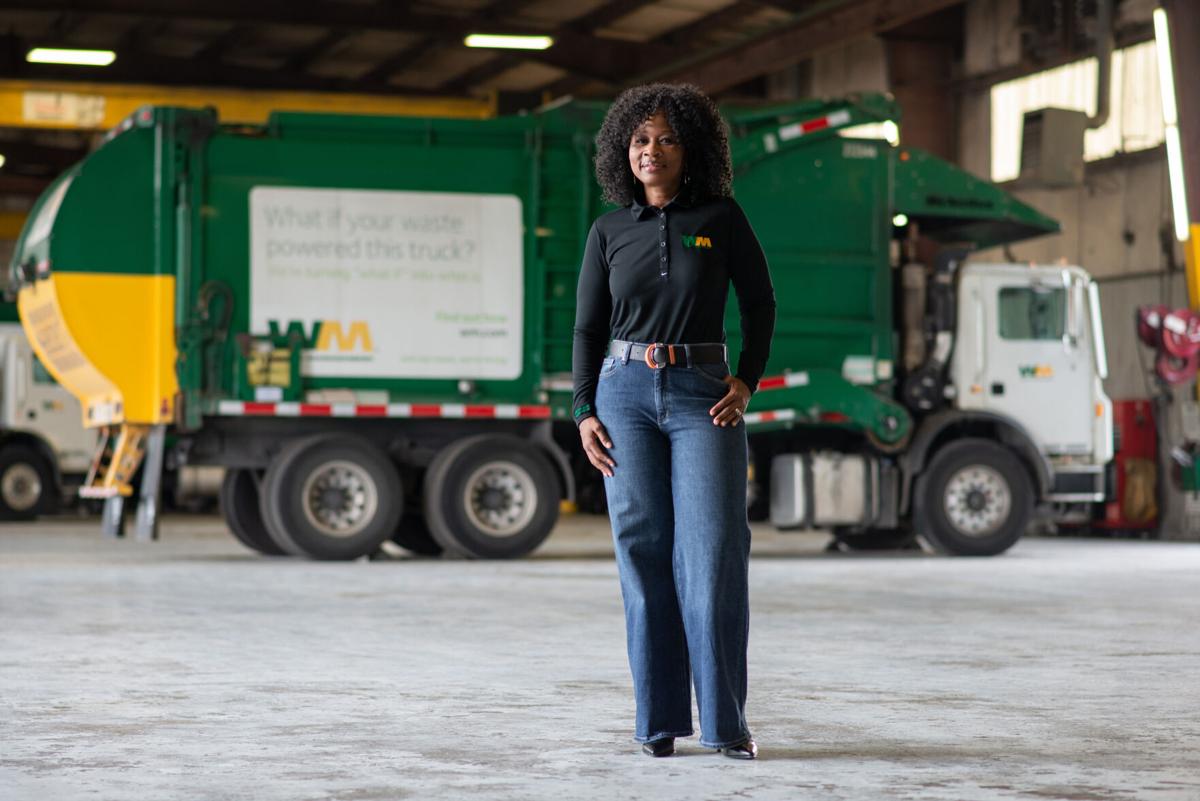 ‘There is such a war for talent that compensation isn’t a differentiator,’ said Tamla Oates-Forney, chief people officer at Waste Management, in Houston. 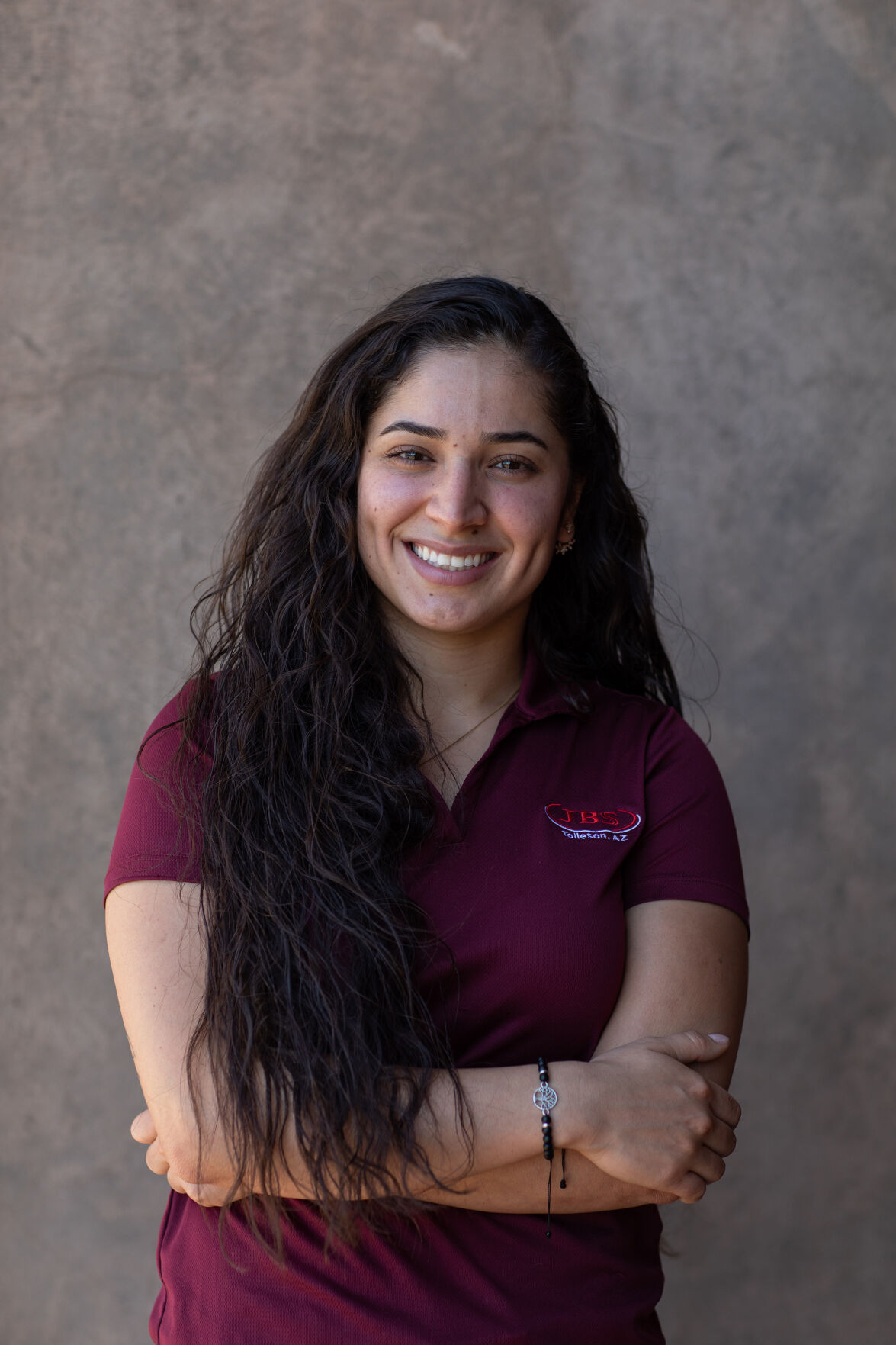 Nataly Mendoza Yanez, who works for JBS in Tolleson, Ariz., plans to use the company’s help to attend a community college.

‘There is such a war for talent that compensation isn’t a differentiator,’ said Tamla Oates-Forney, chief people officer at Waste Management, in Houston.

Nataly Mendoza Yanez, who works for JBS in Tolleson, Ariz., plans to use the company’s help to attend a community college.

College subsidies for children and spouses. Free rooms for summer hotel employees and a set of knives for aspiring culinary workers. And appetizers on the house for anyone willing to sit down for a restaurant job interview.

Determined to lure new employees and retain existing ones in a suddenly hot job market, employers are turning to new incentives that go beyond traditional monetary rewards. In some cases, the offerings include the potential to reshape career paths, like college scholarships and guaranteed admission to management training programs.

Despite an unemployment rate of 5.8% in May, the sudden reopening of vast swaths of the U.S. economy has left companies scrambling for workers as summer approaches, especially in the service sector. What’s more, in many cases the inducements are on top of increases in hourly pay.

The result is a cornucopia of new benefits as human resources officers and employees alike rethink what makes for a compelling compensation package. And in a pathbreaking move, some businesses are extending educational benefits to families of employees.

The labor market was relatively tight before the pandemic stuck in early 2020, with an unemployment rate of 3.5%, but the rise of noncash offerings is a new wrinkle. Many large companies find themselves pitted against other giants in the search for workers with similar types of skills and experience and want to stand out, especially in the rush to staff back up after the pandemic.

“We knew we had to do something radically different to make Waste Management attractive when you have other companies looking for the same type of worker,” said Tamla Oates-Forney, chief people officer at Waste Management. “There is such a war for talent that compensation isn’t a differentiator.”

“You can never have too many drivers,” she said. “When you think about Amazon and Walmart, we’re going after the same population.”

The company will pay for employees to earn bachelor’s and associate degrees, as well as certificates in areas like data analytics and business management. In a significant expansion, Waste Management will begin offering these scholarships to spouses and children of workers this year for enrollment in January.

“We can do something that really changes people’s lives,” said Jim Fish, Waste Management’s chief executive. “For someone with kids in high school, this is a big deal.”

JBS USA, the nation’s largest meatpacker, began offering to pay for college degrees for its 66,000 workers as well as one child per employee in March. The move followed an increase of more than 30% in hourly pay over the past year, said Chris Gaddis, head of human resources at JBS USA.

At large beef processing plants, floor workers earn $21 an hour, with salaries rising to $30 an hour for employees with more advanced skills.

“We’re seeing a lot more innovation both in terms of wages and secondary incentives, but nobody is doing what we’re doing in terms of rural America,” Gaddis said.

The educational incentives at JBS and Waste Management are designed both to reduce turnover and to attract new employees. Each company fully pays tuition at a selected group of institutions; the JBS program offers a wider variety of majors and certificates. With dependents covered for schooling, careers can stretch from years to decades instead.

Each time an hourly employee leaves Waste Management, it costs a minimum of $12,000 to search for and hire a replacement, Fish said. What’s more, among drivers, 50% of safety incidents involve those with three years or less on the job.

“In terms of safety, the longer you are here, the better you are,” Fish said. And by paying for education, he added, “there is a real hook.”

Waste Management estimates the cost will be $5 million to $10 million for the first year of the employee program.

In the wake of the pandemic, employers are thinking more holistically about their employees and their goals, including personal and family life, said AnnElizabeth Konkel, an economist at the Indeed Hiring Lab. Extending the benefits to spouses and children seeks to address those considerations.

“You can’t hide your family life,” Konkel said. “Everybody has had to wildly change what they’ve done the last 15 months.”

The competition for new hires is especially intense in the leisure and hospitality industry, which has surged back to life after shutting down almost completely last spring.

Applebee’s is seeking to hire 10,000 people this summer and announced last month that it would hand out vouchers for a free appetizer to anyone who scheduled an interview. Hoping for 10,000 applicants, the restaurant chain got 40,000 as a result of the offer, said John Cywinski, Applebee’s president.

“Our No. 1-selling category is appetizers, so we decided to offer an app for an app,” Cywinski said. “I’ve got guests coming back in droves, but I don’t have all the team members I’d like.”

To attract workers this summer, Omni Hotels & Resorts is offering a range of incentives, including free hotel rooms for summer employees at some properties, as well as guaranteed entrance into the company’s management training program for staff members who stay through Labor Day. New employees will also receive three free nights at the Omni hotel of their choice.

“We have put aside guest rooms in our hotels so employees wouldn’t need to worry about where they would live so they could take this job,” said Joy Rothschild, Omni’s chief human resources officer. “We have never taken guest rooms out of inventory for housing before.”

Members of the culinary team will get a free set of knives and weekly sit-downs with the executive chef in the kitchen where they work so they can tap the chef’s expertise.

“We needed to do something to grab the attention of culinary students,” Rothschild said. “I’ve seen a lot of people offering monetary incentives, but we didn’t feel that was enough. The college students coming want something more than the paycheck.”

Not that cash has gone completely out of style — all of Omni’s summer hires get a $250 signing bonus plus a $500 retention bonus at the end of the season.

Rothschild believes that the additional incentives are needed to fill the ranks. If anything, she added, new ones are on the way.

“I don’t think we’re done with incentives,” she said. “We want to see how much traction we get with these, but I suspect we will be coming out with more.”